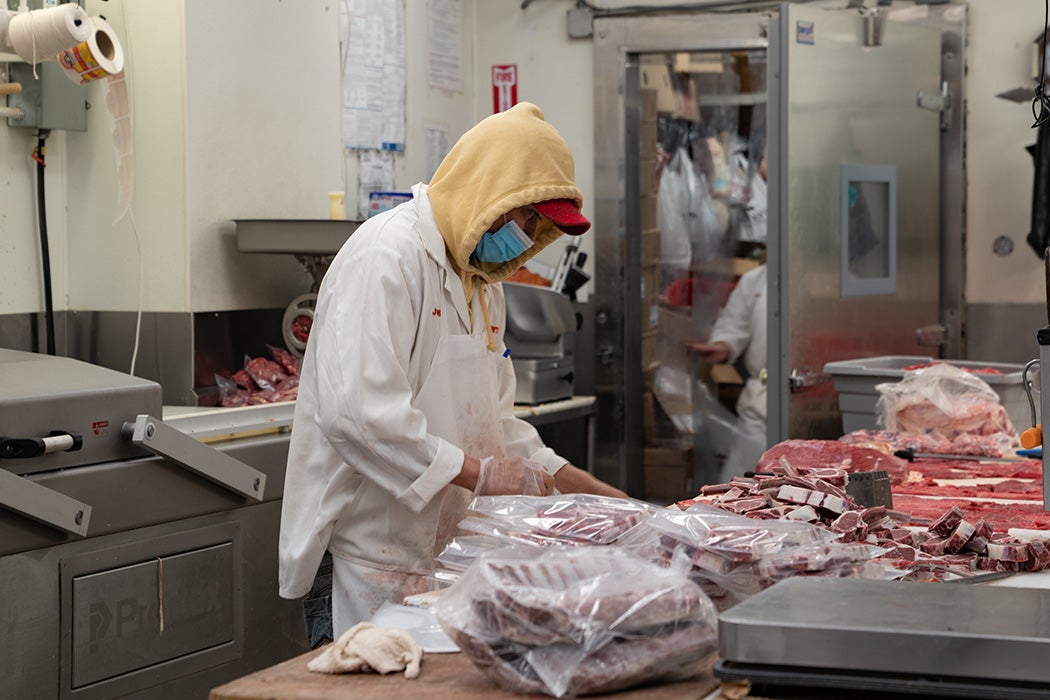 Covid took a big toll on workers in America’s slaughterhouses, yet even in the best of times, meat factories are some of the most dangerous places to work in the nation. A workforce disproportionately made up of people of color, immigrants, and refugees bears the brunt of a global desire—for instance, nearly a third of US pork products are exported—for cheap meat. Every year American abattoirs kill and break down ten billion animals. Little attention is paid to the cost in human or animal suffering.

Slaughterhouse workers, after all, must kill and break down multiple animals every hour, day after day, at great physical and psychological toll to themselves.”

It’s the intersection of human and animal abuse that concerns scholar Stephanie Marek Muller. Noting that labor/human rights and animal liberation critiques often ignore, talk over, or even blame each other in arguing who has it worse, Muller argues that the “rhetorical ‘weighing’ of such oppressions is ultimately counterproductive to the aims of intersectional, interspecies justice.” When both workers and livestock are reduced to things, there may be more similarities than differences. As she notes,

“Co-constituting oppressions of Homo sapiens and other species in the U.S. American livestock industry must be studied in relation to one another. It is important to note that despite the differences in degree in many of these instances of abuse, they are in large part similar in kind.”  [italics in original]

Workers are not “marched to their literal deaths like the animal inhabitants inside the slaughterhouse,” writes Muller. But their disenfranchisement, alienation, “intense vulnerability” and “institutional marginality” can result in “social death.” Sociologist Orland Patterson defined social death” as the condition of slaves and other marginalized, exploited people who are not considered fully human by wider society. Slaughterhouse workers, after all, must kill and break down multiple animals every hour, day after day, at great physical and psychological toll to themselves, while consumers keep up their demand for burgers and chicken nuggets.

Muller argues that social death could also be called zombification, a death-in-life.

The ‘walking dead’ of horror films might render greater understandings of speciesist-racist interplays in industrial agriculture. […] An understanding of the inner workings of the US American slaughterhouse is incomplete without the bloody deaths, mangled flesh, and psychoses so reminiscent of zombie slashers.

That’s the “bloody deaths, mangled flesh” of all the lifeforms in the slaughterhouse, she observes. “By the end of one’s employment in an abattoir, many have incurred irreversible bodily damage.” Both humans and factory-farm-raised creatures alike are expendable: “inferior, unprotected, and killable beings.”

The zombie metaphor is a visceral one, combining the preeminent fantasy monster of our times with the social processes and forces that reduce and exploit some unlucky people to near-slavery. The myth of the zombie is born in the fear of being forced to work as if bewitched, neither alive nor dead, enslaved to the meat factory’s “chain” of processing living creatures into packaged product.

Factors in the appalling worker/animal conditions inside slaughterhouses include the defeat of meatpacking unions in the 1980s and the inadequacies of the current regulatory system. Meat and other food regulations originally came about because of the revelations of muckrakers like Upton Sinclair, who went undercover in Chicago meatpacking plants to research the The Jungle (1906). Yet the scandalous conditions of a century ago have returned. Until the “rights, health, and well-being of humans, animals, and the environment are connected,” it seems the jungle will only keep on growing. 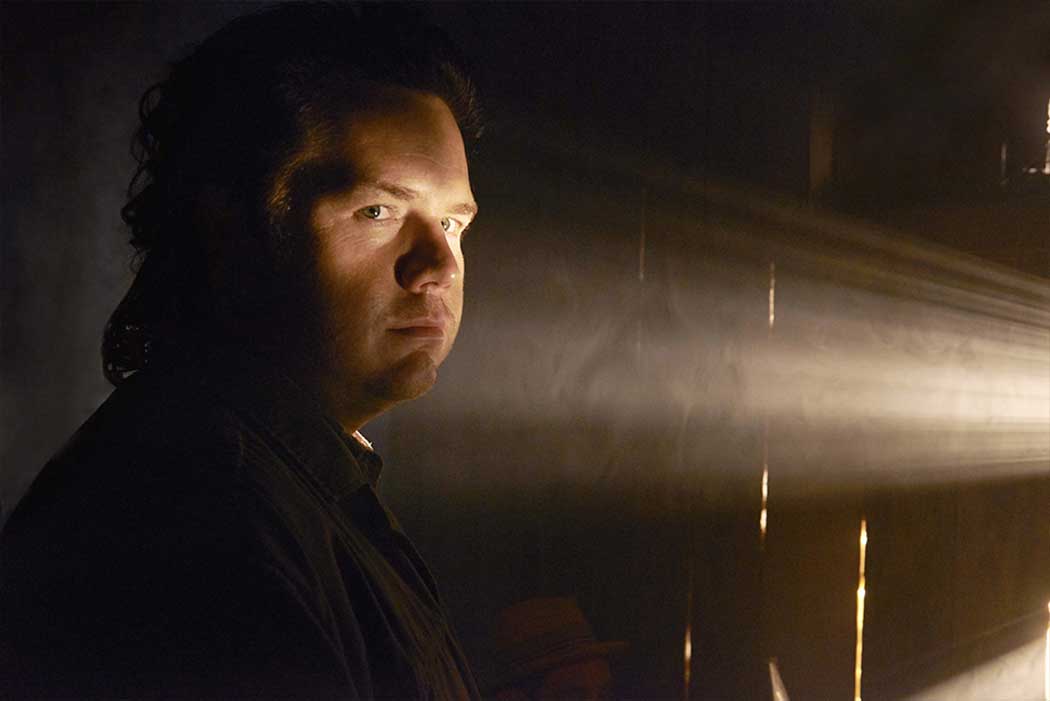 Liz Tracey
Walking Dead: the science behind the zombies.