Will an 18th-Century Giant Finally Get a Burial at Sea?

The skeleton of Charles Byrne, the “Irish Giant,” has been displayed in London’s Hunterian Museum for 200 years. Byrne wanted a different resting place. 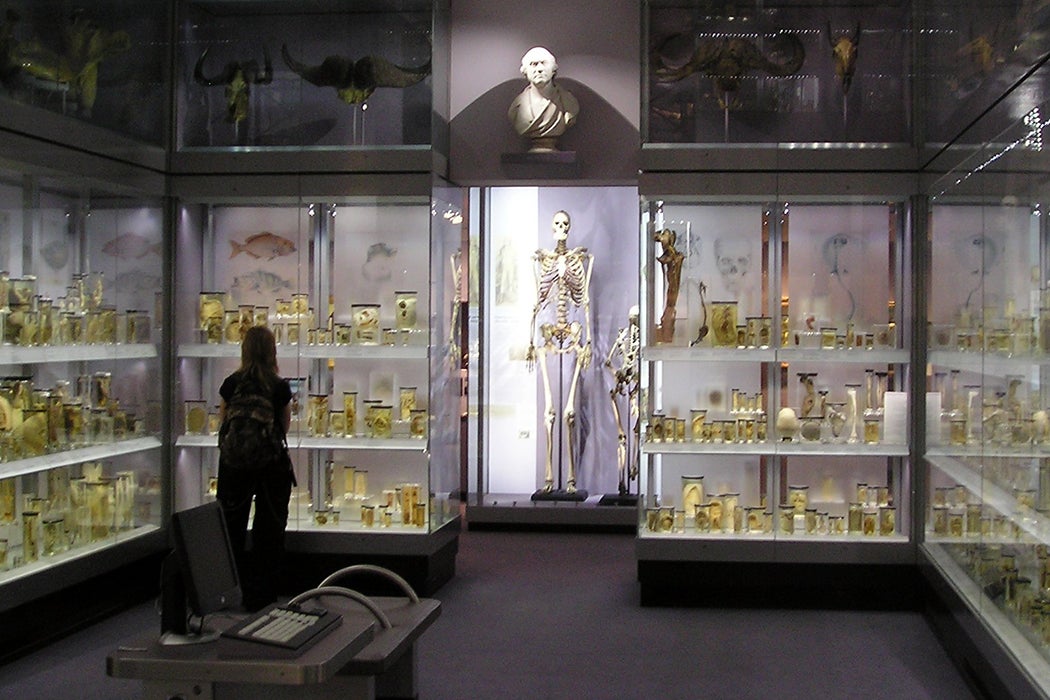 For two hundred years the looming skeleton of Charles Byrne, the “Irish Giant,” has presided over the Hunterian Museum in London. Measuring seven feet and seven inches tall, his skeleton is a striking presence among the medical specimens that display the maladies and mechanics of the body. Yet this posthumous fame is not what Byrne wanted. He wanted to be buried at sea.

Born in 1761 in Northern Ireland, Byrne’s genetic gigantism was evident from an early age. In his teenage years, he toured the United Kingdom as a human oddity. Before his death in 1783 at the age of 22, he told his friends that he wanted to be weighed down and cast into the sea. He knew his rare condition made him a desirable dissection for physicians, and in an era when autopsies were a punishment inflicted on criminals, he considered this to be a fate worse than death.

An article from around the time of his death declared that “the whole tribe of surgeons put in a claim for the poor departed Irish giant and surrounded his house just as Greenland harpooners would an enormous whale.” There are varying tales of how surgeon John Hunter claimed the prized corpse. Historian John F. Fleetwood describes how the “funeral started all right but, while it arrived, Byrne’s remains did not. Apparently the mourners left the body in a barn while they went for ‘a quick one.’ John Hunter moved even more quickly, and by the time the drinks were finished stones were in the coffin while Byrne was on his way back to the dissecting room as a passenger in Hunter’s coach.”

After boiling flesh from bone, Hunter stored Byrne’s skeleton for four years before it went on display.  Byrne’s remains have had an important role in medical research, including linking pituitary tumors to gigantism, something discovered by surgeon Harvey Cushing while studying Byrne in 1909. But in the twenty-first century, the ethics of displaying these bones deserves examination. The centuries-long exhibition of Byrne’s skeleton raises broader questions about consent in medical museums, and how to respectfully treat historic specimens.

Currently the museum is closed until 2021 as its home—the Royal College of Surgeons (RCS) of England—is being revamped. This month the journal of the Museums Association reported a statement from RCS that “the board of trustees of the Hunterian collection will be discussing the matter during the period of closure of the museum.” This is in response to renewed pressure to remove the skeleton, and follows years of debate. In 2011, Len Doyal, emeritus professor of medical ethics at Queen Mary University, and Thomas Muinzer, lawyer at Queen’s University Belfast, argued in BMJ: British Medical Journal: “Surely it is time to respect the memory and reputation of Byrne: the narrative of his life, including the circumstances surrounding his death.” They added that at the least, label text should be installed to inform visitors about how the bones were acquired. Furthermore, with Byrne’s DNA being extracted, there was no need to keep him for research.

Unlike many specimens in medical museums, Byrne has an identity and his wishes are recorded.

BMJ published several letters sent in response, including one from Wendy Moore, a biographer of Hunter. Although she recognized Hunter’s advancement of body and organ donation to science, she wrote that he “overstepped the mark when he hunted down and obtained the body of Charles Byrne.” A group of professors and lecturers—Martin Smith, Christopher Knüsel, Andrew Chamberlain, and Piers D. Mitchell—rebutted that reburial could not alter the past, and there could be future research on these remains. Furthermore, the stigma against dissection that gave Byrne so much anxiety has faded. “We disagree with the notion that display of remains is intrinsically disrespectful,” they stated. “Having visited the Hunterian Museum we cannot think of a more dignified repository for this important skeleton, or greater respect than can come from serving humankind by aiding advances in medical science.”

Unlike many specimens in medical museums, who do not have names, whose funerary wishes are unknown, Byrne has an identity and his wishes are recorded. As long as he is on view, his desire to be buried at sea, and its denial by Hunter, will shadow the museum.

One Response to “Will an 18th-Century Giant Finally Get a Burial at Sea?” 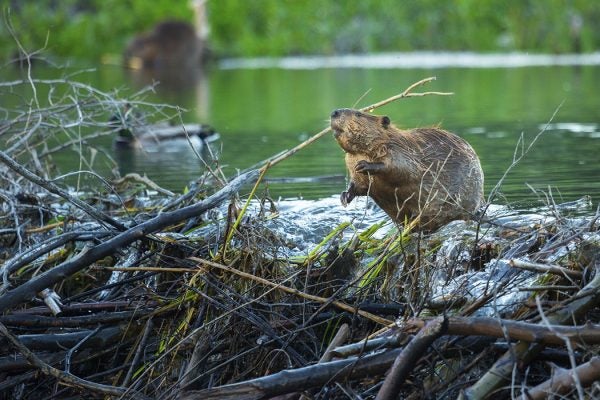 Americans have long viewed beavers as nuisances. But their dams are important for water management, helping to store and recharge depleted groundwater.