Why We Can’t Turn Away from Wildlife Cams

Wildlife cams have steadily gained popularity among both scientists and casual observers. But viewers aren’t always prepared for wildlife unscripted. 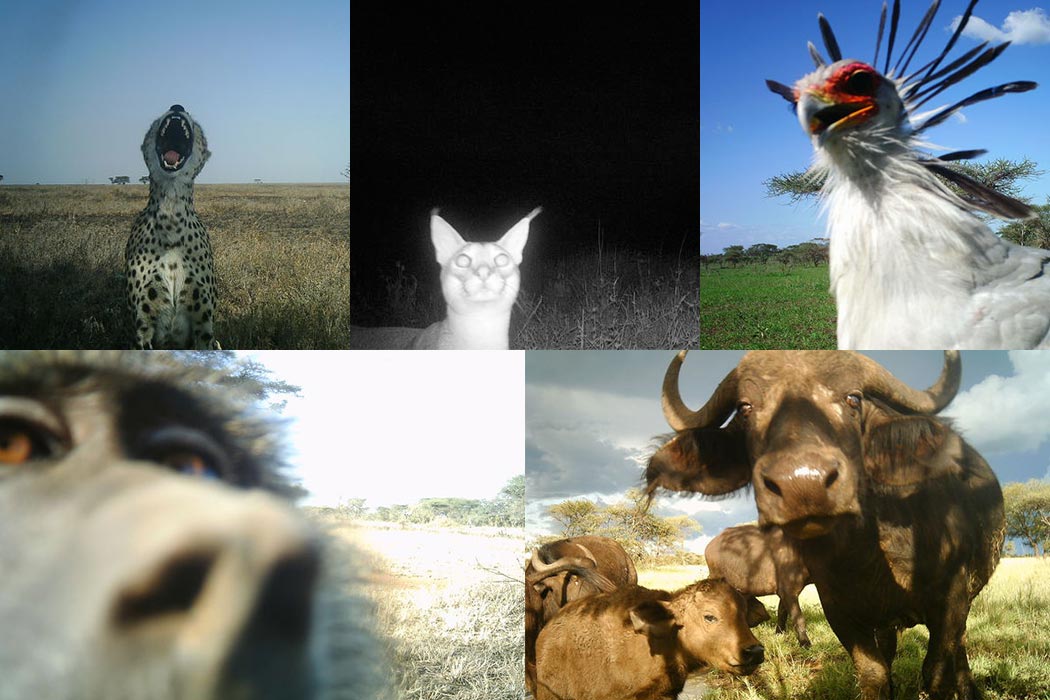 Years ago, a coworker of mine was placed in charge of a live webcam in a seabird colony twenty miles off the Maine coast. He was less than cheerful about the responsibility. Life on a remote island is fairly basic: Your cell phone doesn’t get service; you sleep in a tent; and when you run out of fresh water, you do your best to sieve the algae out of your rain barrel before using the water for cooking. My colleague found himself constantly responding to frantic requests from cam viewers, dismayed that their puffin-watching had been interrupted by a faulty wire or a blocked solar panel. Each time this happened, he’d have to drop his research activities and hike out to the puffin colony to fiddle with the equipment.

At the time, I assumed that the wildlife camera was a flash in the pan. After all, why would anyone want to spend hours watching animals halfway around the world doing not much on a grainy, unreliable video feed?

The last decade has proven me wrong. As the technology has improved, wildlife cams have steadily gained popularity among both scientists and casual observers. Explore.org, a clearinghouse of wildlife camera feeds, hosts a veritable Noah’s Ark worth: eagles, owls, walruses, sharks, polar bears, and, of course, puppies and kittens. You can scroll from a big-cat rescue center in Florida to a hummingbird nest in California. Each cam has a comment board, and dedicated watchers leave notes for one another, detailing their observations and providing screen captures of what they’ve seen. There’s something heartwarming, if bizarre, in the idea of so many people being invested in the minute-to-minute activities of wild animals.

At the same time, wildlife cams are prone to going off-script and subverting viewers’ idealized images of nature. The idea that wild animals treat one another better than humans treat one another is largely a wishful myth. Violence, parental neglect, and even cannibalism are not hard to find in the natural world. It’s common for animals to give birth to more young than they expect to raise, as a sort of insurance policy against the death of one or more young. In years with less food, parents will allow their weakest offspring to starve to death, preferentially feeding healthier young that are more likely to survive. Circumnavigating a seabird colony requires stepping over and around the carcasses of chicks who have starved, or died of hypothermia during rainstorms, or been pecked to death by neighboring adults. Siblings often kill one another to reduce competition. Kleptoparasitism—obtaining food by stealing meals from other animals—is a relatively common feeding strategy, and can be brutal to watch.

When wildlife cams capture this behavior, the public reaction is often intensely emotional. Recent cam scandals have included a puffin chick that starved to death, an osprey that turned on its own young, infidelity (ospreys again), and a polar bear that appeared to be a victim of sexual assault. Each time, there’s a sense that something must be done, that viewers can’t stand by and watch (literally) inhumane processes without intervening.

By projecting our own experiences and values onto creatures that live by different rules, we risk perceiving their behaviors through the lens of our expectations.

Many of the animals featured on cams have names, while most wildlife biologists I’ve worked with avoid naming their research subjects. By projecting our own experiences and values onto creatures that live by different rules than we do, we risk perceiving their behaviors through the lens of our expectations. Animal behaviors that seem human-like may occur for different reasons than their human analogs, and we learn nothing by passing judgement when animal behaviors don’t conform to anthropocentric moral standards. Naming animals represents an attempt to bring them into our world, while as scientists our goal is (usually) to try to enter theirs.

On the other hand, cameras are great tools for education, publicity, and research. Each brutal off-script moment provides a chance to explain the challenges faced by wild animals in a hostile world. Petey, the deceased puffin chick, has become an emblem of the devastating effects of climate change. Zoos, aquariums, and nature centers use cams to attract potential visitors. And marshaling the forces of a 24-hour army of dedicated observers is an alluring prospect for scientists who might not be able to personally watch hours of video footage. By training volunteers to look for specific behaviors or identify individual animals, scientists could vastly expand their ability to collect data on the behavior of wild populations. For example, the highly addictive (trust me) Nightjar Game, created by a lab at the University of Exeter, mobilizes volunteer observers in data collection efforts.

In the end, having more eyes on wildlife—the ugly parts as well as the cute—is probably a positive thing. Ultimately, however, we should remember that watching and naming wild creatures doesn’t give us ownership over their actions. Only by forgetting our own experiences can we truly begin to understand theirs.

The Science of Secretions

Although secretions like saliva and digestive juices might have a high ick-factor, these bodily products are essential for us to function normally.