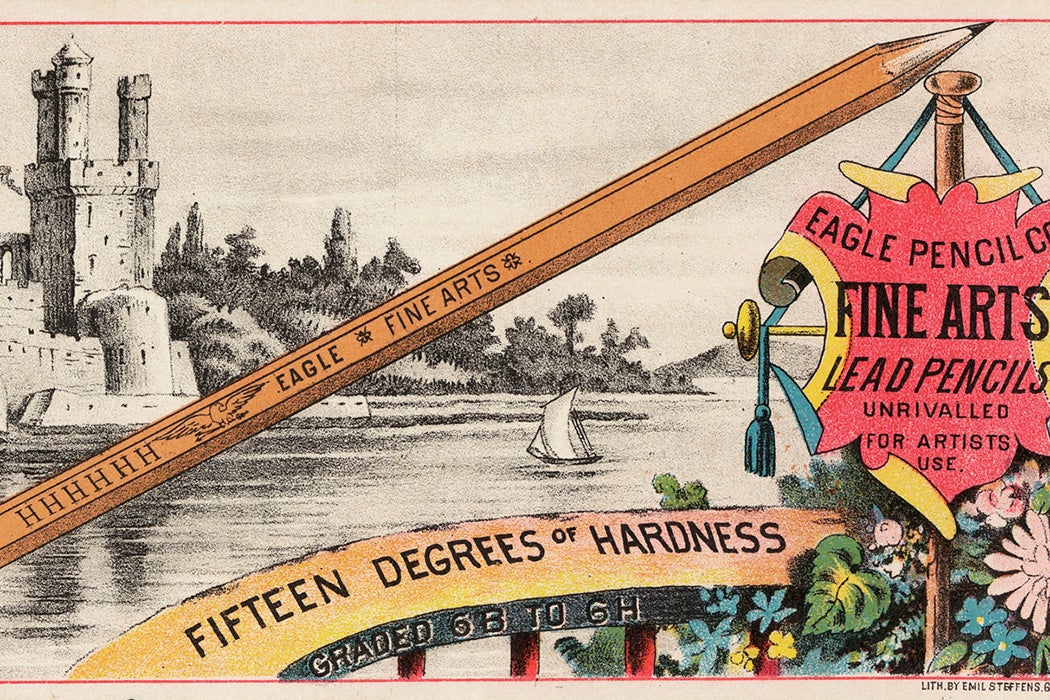 The start of the new school year brings boxes of freshly sharpened pencils and questions from students about whether they risk poisoning if they absent-mindedly touch the pencil lead to their mouths. Back in 1868, the Philadelphia Press anticipated similar questions from its readers. “Every one knows what a black lead pencil is,” it explained, “But it is not generally known that there is not a particle of lead in the pencil.”

The article, reprinted in Scientific American, traced the history of the pencil to the discovery of graphite deposits in Cumberland, England, in 1564.

Fortunately, French manufacturers came up with the idea of mixing the powder with clay to improve the texture.

“While the graphite lasted, England had a monopoly on supplying the best pencils in the world,” the author writes.

At first, manufacturers used whole sticks of graphite cut from the mines to form the inside of their pencils. But gradually, mining depleted the deposits, leaving only graphite powder. Fortunately, French manufacturers came up with the idea of mixing the powder with clay to improve the texture.

According to the article, a new step forward in pencil manufacturing came in the 1840s, when John Peter Alibert, a French man living in Siberia, found graphite in a Siberian mountain gorge and tracked the source back to a rich deposit in a mountain called Mount Batougol. The Russian government was so happy with the discovery that it renamed the mountain Mount Alibert.

Alibert began supplying the graphite to the Bavarian Faber family, which, according to the article, had turned Stein, Bavaria, into “literally a town of pencil factories, of which Baron Faber is the ruler, taking care of the health, government, education, industry, thrift and amusement of the inhabitants, and always living in their midst.”

Fifteen years later, Scientific American returned to the topic of the pencil, explaining how technical innovation had improved it. While pencils made from pure graphite sticks had required wetting to write, graphite-clay mixtures didn’t. Even better, the mixture could be adjusted using different proportions.

“There are grades of hardness, from the pencil that may be sharpened to a needle point, to one that makes a broad mark,” the author notes.

The different grades were identified with letters or numbers. Fill-in-the-bubble tests were still a ways off, but something like the number 2 pencil had apparently arrived.

Jumping forward another decade, a 1903 edition of Scientific American featured a photo spread of a pencil factory in New York City. The accompanying article explains that a member of the Faber family had set the factory up to supply the American market. Because wages in the United States were higher than in Germany, the manufacturer invented new labor-saving machinery. The article details the entire process of manufacturing a pencil, from the grinding and purification of graphite from Siberia, Mexico, and Ceylon to the gluing of rubber erasers into brass caps on the pencil’s end.

Since then, the process of making a pencil has no doubt become more technologically sophisticated, but the trusty pencil itself remains very much the same. 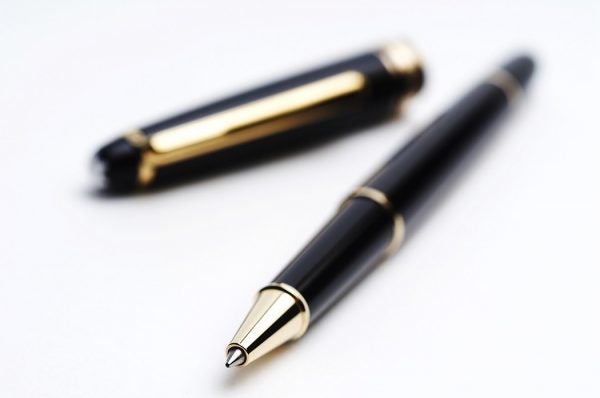