Why We Pay To Do Stuff Ourselves 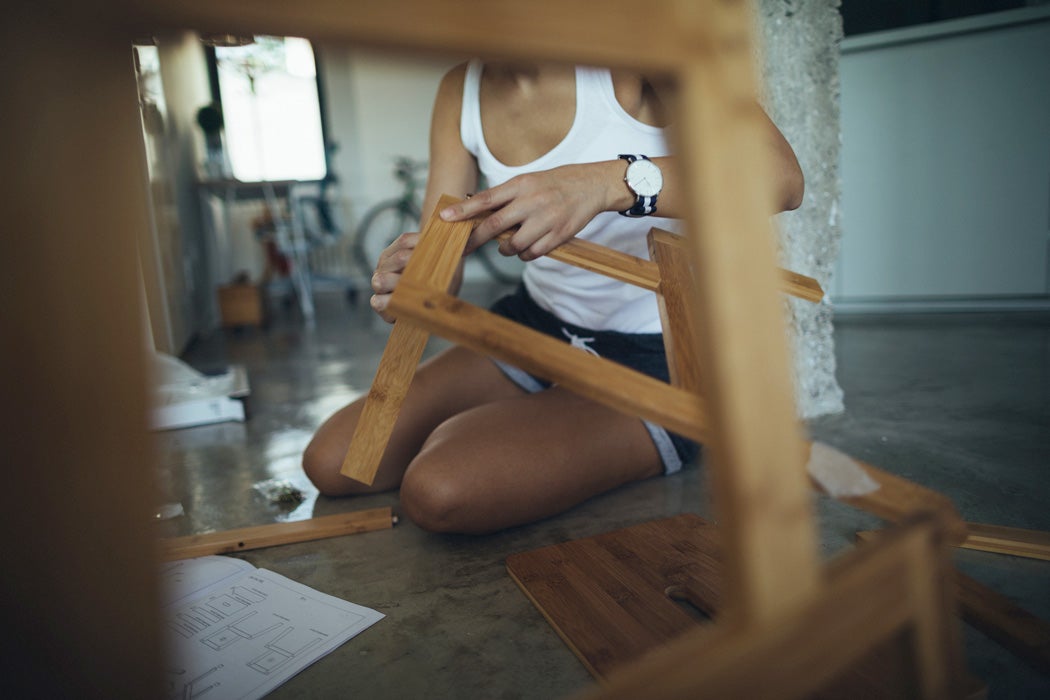 If you’ve ever bought a cake mix and been frustrated when you didn’t have the one egg you needed to make it, blame the IKEA effect for ruining your dessert plans.

As business scholars Michael I. Norton, Daniel Mochon, and Dan Ariely write in the Journal of Consumer Psychology, when instant cake mixes were first introduced in the 1950s, they weren’t popular because consumers felt it was too easy to make them. Consumers didn’t feel involved enough, or like they had enough of a role to play. Adding an egg to the recipe appears to have been one of the crucial elements to the success of instant cake mix.

Norton et al. call the desire to play a role in the production of our products “the IKEA effect,” after the globally-popular Swedish company that has made DIY furniture its trademark.

It’s a common phenomenon. If you’ve ever paid to go apple picking, build a teddy bear, or spend a session painting your own canvas, you know the satisfaction of being actively involved in eating food you harvested yourself, cuddling your hand-made teddy, or hanging your own original artwork.

It’s a counterintuitive concept, in an age when most business ideas are built on the principle of minimizing effort. Nonetheless, the scholars highlight the satisfaction we find in a challenging job, writing, “that, although people rate their jobs as among their least pleasurable activities, they also rate them as among their most rewarding.”

Additionally, the scholars point out that doing something oneself is both a self-esteem builder and a signal of competence. After assembling DIY products or participating in partially-DIY activities, people tend to feel more capable.

Exceptions to the rule

There are two important exceptions to the added appeal of the self-made product. In general, consumers aren’t likely to value self-constructed items more if they have to disassemble them afterwards, or if they’re unsuccessful in creating them. Both of these align well with the main psychological drivers for DIY. If you aren’t able to feel in control or capable, or you have nothing to show for your efforts, the appeal is greatly diminished.

DIY is in the eye of the beholder

For the study, the authors focused on generally inexpensive items, but theorized that the IKEA effect might have important implications for large sales.

They warn that the increase in valuation in DIY products is exclusive to its creators. As the writers say, “For instance, people may see the improvements they have made to their homes—such as the brick walkways they laid by hand—as increasing the value of the house far more than buyers, who see only a shoddily-built walkway.”