Why Vote? Lessons from Indian Villages

The voters one scholar studied didn’t necessarily think they would benefit materially from being on the winning side. But turnout was over 90 percent. 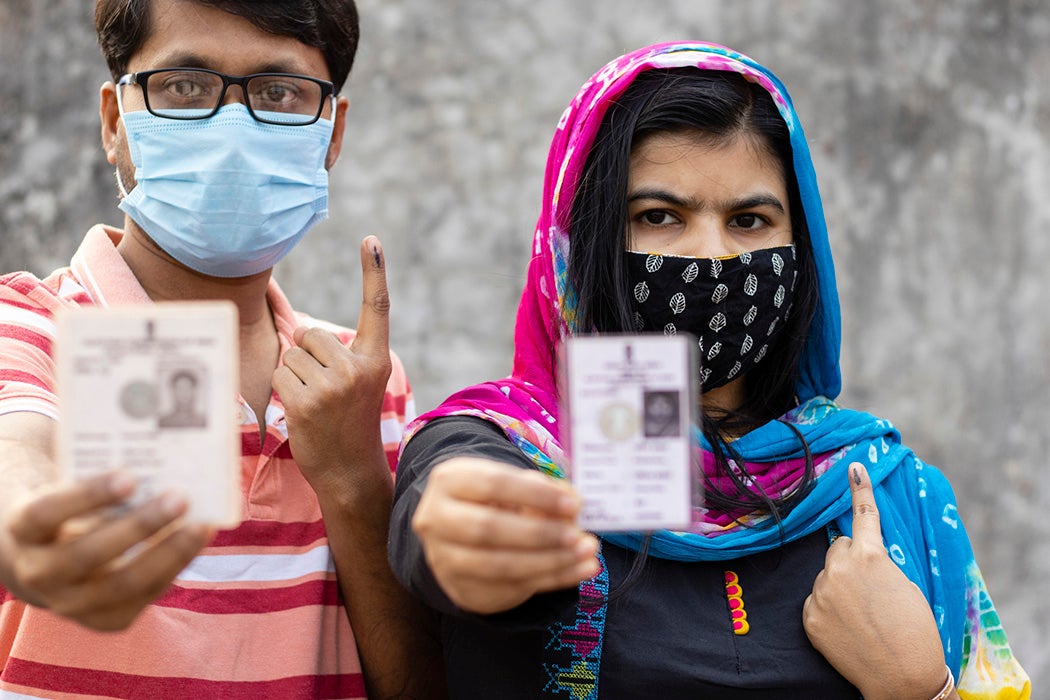 Election Day this year is November 2 in the United States. With few high-profile races on the ballot in many parts of the country, plenty of people won’t bother to vote. But why do people vote at all? In 2007, social anthropologist Mukulika Banerjee tackled this question through a close look at two rural Indian villages in West Bengal.

India is exceptional for its high voter turnout—reaching over 90 percent in the villages Banerjee observed. Unlike in many other countries, including the United States, lower-income Indians are more likely to vote than their wealthy counterparts.

But why? In India, as in much of the world, voters are typically cynical about politicians. Even as almost everyone in the villages voted for the local Communist Party representative, “very few felt any hope of material benefit from casting their vote,” Banerjee writes.

Surveys show that the nation’s election commission is the most respected public institution.

Yet, she continues, “on election day, the village woke earlier than usual and bustled around urgently with an air of suppressed excitement, like on important festivals. Chores were stripped down to the bare necessities of fetching water and milking cattle, with all attention centered around the imminent mile long journey to the polls.”

Banerjee argues that the villages’ residents view elections as tied deeply to India’s rebirth as a democracy after the end of the British Raj, in 1947. Surveys show that the nation’s election commission is the most respected public institution (while police are the least respected).

“In practical terms, its reach and standardisation throughout every corner of the motherland make it one of only a handful of institutions (the army, railways, cricket and movies) that are genuinely pan-Indian and that can serve to bind the vast and varied country together,” Banerjee writes.

And while voters in the villages generally didn’t see elections as a route to better lives, some identified them as a bulwark against worse treatment.

“The fact that I can cast my vote is a right,” one man said. “But we have also got our rights through voting. Voting brings more power in our hands and so if we don’t exercise this right, the government becomes autocratic.”

Villagers held each other responsible for voting, discreetly checking fingers for the ink marks applied at the polls.

Some in the villages described voting as a way to assert belonging in a nation where officials often seemed more focused on central urban areas.

“If we don’t vote, how can we prove that we are citizens of our country?” one asked.

One of the pleasures of the election was that “everyone, regardless of caste and class, had to stand cheek by jowl in the queue and wait their turn,” Banerjee writes.

Ultimately, in the villages, election day was a kind of sacred civic ritual; it would have felt unnatural not to participate in it.

“Not to vote would be akin to not celebrating your child’s wedding—conceptually possible, but so curmudgeonly, eccentric and anti-social that only a tiny minority would want or dare not to do it,” Banerjee writes.

Voting in American Politics: A Syllabus

From battles to expand the franchise to the mysteries of turnout, voting is one of the most important things to understand about U.S. politics.