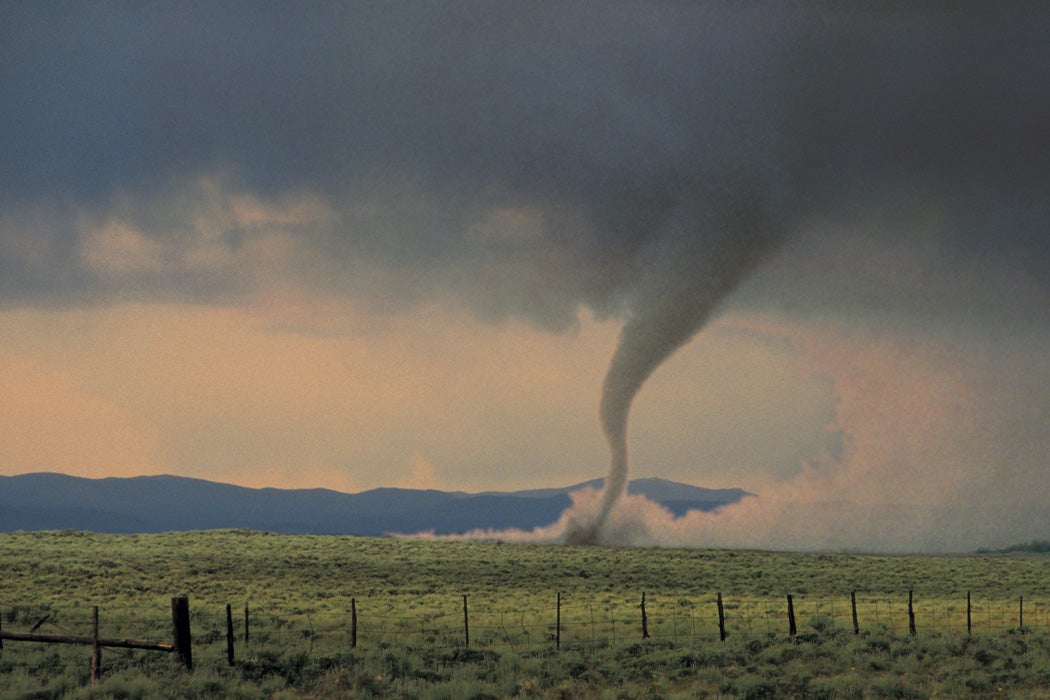 The central United States is now recovering from a string of deadly tornadoes: at least 225 over twelve days. The good news is that the long streak of frequent tornadoes is over for now. The bad news is that in much of North America’s most tornado-prone areas, tornado season still has a few months to go. Crucial to saving lives are the warnings and drills familiar to school children in risky areas. But despite more than a century of trying to predict tornadoes and understand their behavior, the average advanced warning is still only fourteen minutes— just enough time to take immediate cover. How do tornadoes form? Why are they so difficult to predict?

Tornadoes are not complete mysteries, according to atmospheric scientist Robert Davies-Jones. For example, it’s known that tornadoes almost invariably form inside “supercell” thunderstorms, rather than fronts or chains of storms.

Supercell storms are characterized by drastic differences in temperature and windspeed at different elevations. Enough heat near the ground will cause a rotating mass of warm, wet air to move up across an invisible boundary into a layer of cooler, drier air. The warm air eventually rises high enough to cool, where it sinks and spreads out, forming what looks like an anvil shape when viewed from the side. The drop in temperature releases rain, which increases the density of the clouds as the rotating updraft sinks back through the cooler, drier air.

Most supercell storms, while powerful phenomena in and of themselves, never spawn a tornado.

The rotation moves rain and sinking air around to different parts of the storm, forming low level clouds and forcing air downward in some parts of the storm and up in others, intensifying the rotation. Where regular thunderstorms are more chaotic, with multiple updrafts and downdrafts acting constantly on one another, supercell storms only have a few major updrafts and downdrafts that can remain quite stable. Under these stable conditions, the rotation of the wind can continue to gain strength at low elevation and a tornado has the opportunity to form.

Even with this understanding of how tornadoes form, however, predicting remains difficult. Just because conditions are favorable for tornadoes doesn’t mean they necessarily will, and even if one does form it’s hard to know if it will be weak or dangerously strong. Most supercell storms, while powerful phenomena in and of themselves, never spawn a tornado. Friction against the ground seems to provide the final ingredient for tornado formation, but it is still unclear exactly how and when all these pieces come together.

Even if all these pieces were known, a long-range prediction would still be a tall order. Conditions conducive to tornado formation are extremely specific. Once a dangerous storm has formed, radar can detect the vortex formation, giving the short-term warning present today. Regular weather prediction more than a few days in advance remains iffy. For now the best anyone can do is to pinpoint potentially dangerous storms. 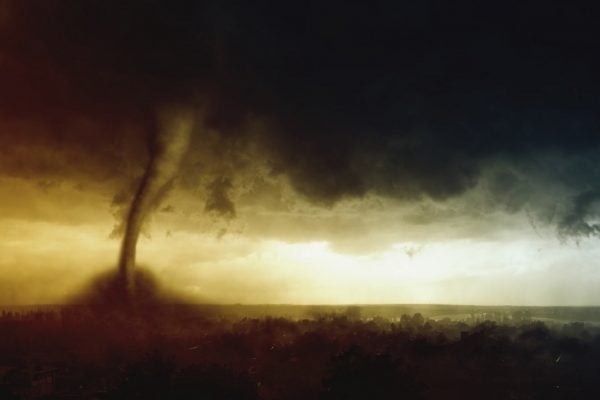