Why Saris are Indian Material Culture

Between 1996 and 2003, a folklorist studied the connection between handlooms (technology), sari makers (producers), and sari wearers (consumers) in the ancient city of Banaras. 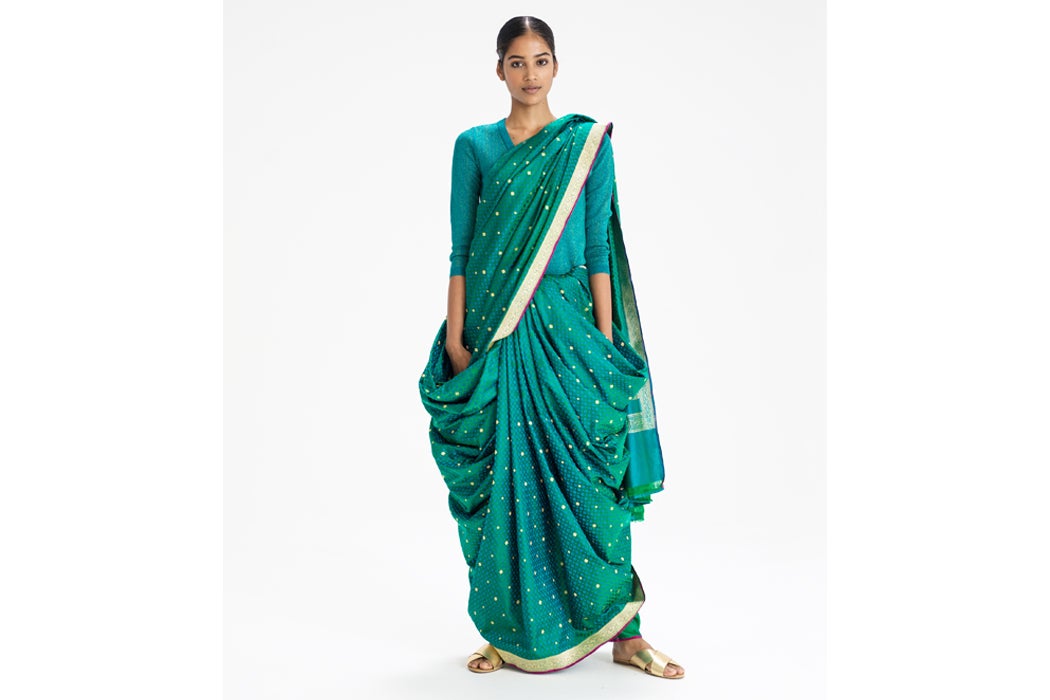 To begin with, one never cuts or stitches a sari. It’s a single woven length, and comes off of the loom ready to wear. This represents purity and unity. Variations come in with the color, weave, and drape technique. Some examples include the red-bordered saris from West Bengal, the brocaded saris from Banaras, and the Boggili Posi Kattukodam pleated drape from Andhra Pradesh. There were times in history when a woman brought her own weavers as part of her marriage dowry because her saris were part of her identity.

Different social classes and different religions all come together for sari creation; folklore scholar Pravina Shukla goes as far as to say that it helps to “create social order.”

Since weavers create the textile and wearers assemble it, the creation of the sari is a collaborative effort, supported by an industry that includes technology (looms), technicians, and salespeople.

Between 1996 and 2003, Shukla studied the connection between handlooms (technology), sari makers (producers), and sari wearers (consumers) in the ancient city of Banaras. Banaras handlooms combine the Indian pit loom and the nineteenth-century French Jacquard loom. Master weavers and their apprentices use three pedals and “perforated cards that control the design” to weave gold-brocaded weft into silk. A sari like this takes one-and-a-half to two weeks to make; many brides choose these to wear for their weddings.

The traditional sari buying process can take several visits to the shops. Women come in groups, and sit and drink tea while shopkeepers show them new collections. Their comments influence future designs. Different social classes and different religions all come together; Shukla goes as far as to say that it helps to “create social order.”

This explains mounting concern about the disappearance of handloom weavers and related skilled jobs, like spinners, weavers, printers, dyers, card-makers, and designers. When competition from powerlooms and imports forces handloom weavers out of business, it impacts a rare and rich cultural history. Economist P. Dharmaraju has found, however, “large local demand for traditional handloom products.” Handloom weavers can stay in business by joining in cooperatives. Modern websites show women different ways to drape their saris in an effort to keep the sari current.

As an art form and material culture, the sari is a symbol of Indian culture that has lasted for over a millennium. 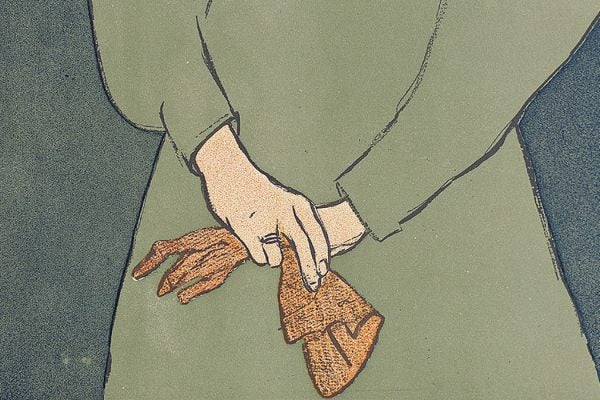