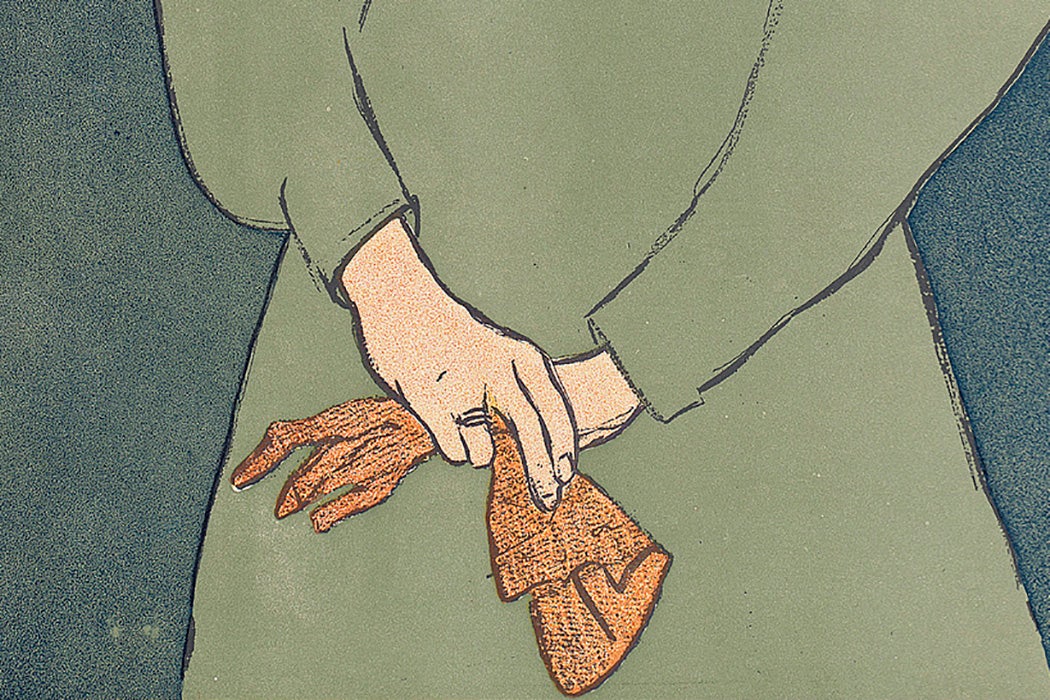 They were the gloves that launched a million tweets: In November 2017, Louise Linton posed with her husband, newly-minted Treasury Secretary Steve Mnuchin, to see the unveiling of dollar bills bearing his signature. It should have been Mnuchin’s moment, but Linton stole the show—and horrified many onlookers—with her elbow-length black leather gloves.

Were they a statement about bondage? Proof she’s a Bond villain? In a subsequent interview with Elle’s Carrie Battan, Linton claimed she simply thought gloves were iconic.

According to design historian Susan J. Vincent, gloves indeed are iconic. Vincent writes about the era when the accessory was a social necessity. For Vincent, the year 1900 was “the zenith of glove-wearing,” when any self-respecting Victorian (British or American) wouldn’t be caught dead without covered hands.

Of course, gloves were also more than gloves.

Every activity required a different kind of gloves, and people were expected to possess not just a pair or two of gloves, but an entire glove wardrobe. Vincent’s examples of the ubiquity of gloves may boggle the modern, gloveless mind: catalogues containing a minimum of twenty-one kinds of gloves; theater programs advertising gloves for men and women; even boarding schools that required students to bring gloves along for their education.

“There were different shades, styles, fabrics, and fit for different times of day, times of year, and different activities,” writes Vincent. Even though gloves were often worn for seemingly dirty activities like sports or shooting guns, their cleanliness was paramount, and women could change them multiple times a day to ensure a spotless appearance. And if you were really a proper lady, you would never clean your gloves—you just bought new ones.

For the richer wearer, gloves were not seen as repairable. Rather, they were seen as completely expendable—an item of clothing that, though necessary, could be and was replaced constantly. Poor people, however, would repair their gloves when they inevitably fell apart.

Vincent offers a complete guide to wearing Victorian gloves, from selecting the best (smooth, close fit, nice stitches), to putting them on (a glove hook, and chalk or powder to help them slide on, were necessities), to storing them (sachets and special boxes: check). There were glove manners (don’t dance without gloves, don’t eat with them) and complicated glove fittings that could take fifteen minutes or more.

They may have been sexy, but eventually their utility faded. Though driving gloves lasted long enough to necessitate glove compartments in cars, World War I depleted leather stock and drove up prices, decimating the glove-making industry. World War II dealt the final blow with fabric rationing and the rise of sensible dress as a fashion trend. Women whose movements had once been restricted by gloves discovered that they liked bare hands.

Gloves in the Early Twentieth Century: An Accessory After the Fact
By: Susan J. Vincent
Journal of Design History, Vol. 25, No. 2 (2012), pp. 190-205
Oxford University Press on behalf of Design History Society