Why Picture Books Were Once Considered Dangerous for Children

For Puritan New England, picture books were dangerous. But the Enlightenment, by way of John Locke, made illustrations more acceptable in the classroom. 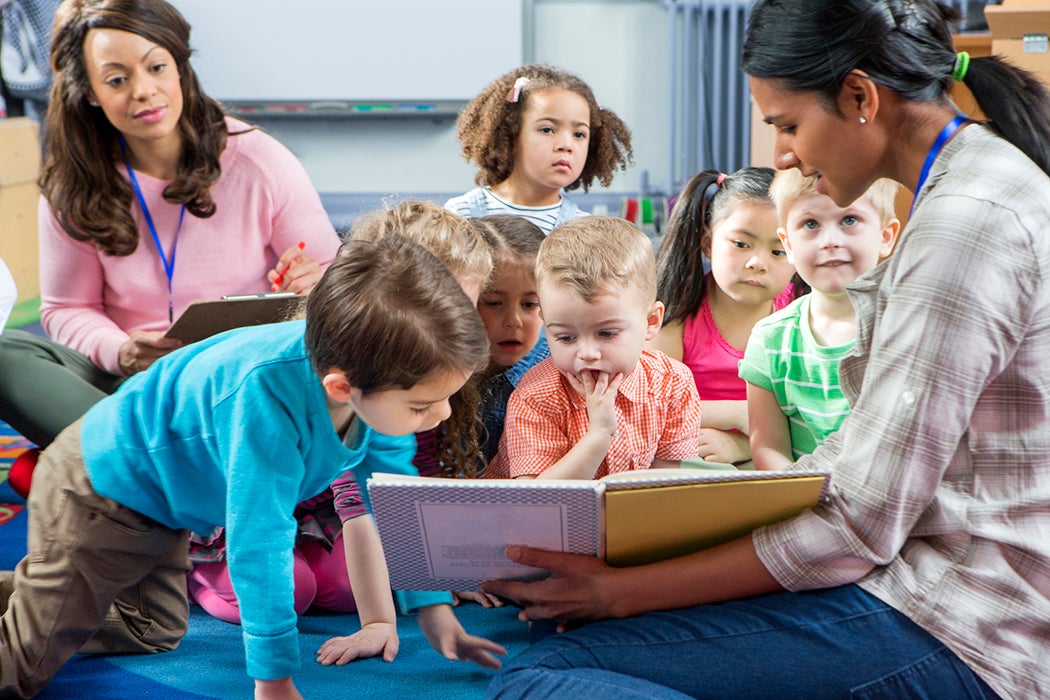 To anyone familiar with modern elementary schools, a classroom in colonial New England would look strange in many ways. Perhaps most obviously, the curriculum was almost exclusively religious. But in some respects, a bigger difference was the focus on teaching children in entirely abstract ways, without picture books or references to students’ real-world experiences.

Studying the commonly used New-England Primer, Stephanie Schnorbus explores a major change that took place as Calvinism gave way to Enlightenment ideas in the American classroom. This wasn’t secularization, she argues. But it was a shift in deeply held ideas about human nature.

In the 1720s, Schnorbus writes, the New-England Primer was a thoroughly Calvinist book, grounded in a deep belief in original sin. John Calvin had argued that the senses were unreliable, and that any misperception of God created a dangerous idol. That made pictures dangerous, since they could be interpreted in different ways. And so the primer contained only a few illustrations.

By the middle of the eighteenth century, John Locke’s ideas gained a foothold in the American colonial classroom.

Instead, it was based on didactic teachings, centered on the Westminster Shorter Catechism. Children were to memorize and recite these central tenets of faith so that they would have a basic understanding of religion by the time they could read the Bible for themselves. The consequences of bad behavior and the need for salvation were front and center.

Then, in the middle of the eighteenth century, John Locke gained a foothold in the American colonial classroom. Locke saw children not as inherently sinful but as blank slates, and he believed the only way humans could acquire knowledge was through their senses. The point of education, then, was to use children’s natural curiosity to provide positive examples of good behavior.

In 1744, John Newbery began applying Locke’s ideas in the new genre of children’s literature in England, using pictures to entertain and educate kids. Soon, the New-England Primer began drawing from these examples.

In the 1750s and ‘60s, the primer gained more illustrations, often presenting positive examples for children to follow. In a series of alphabet rhymes, a simple image of the Bible was replaced by a picture of a child holding the Bible, choosing between heaven and hell. Other images showed biblical figures making correct moral choices.

While the Calvinist prohibition on depictions of Christ still held sway, new illustrations did show a scene from the crucifixion and another that a child might interpret to show Christ among a group of people.

By the 1780s and ‘90s, the primer shifted farther toward the Lockean worldview. Now, there were stories about animals, many more illustrations of children behaving in positive ways, images of Mary and the angel Gabriel, and—at least in one edition from 1790—even pictures of Christ himself.

Religious teachings were still central to the classroom. That wouldn’t really change until the nineteenth century. But a big piece of modern education philosophy—the idea that children could learn from their senses and from positive examples, rather than only from catechisms and threats of punishment, had taken hold. 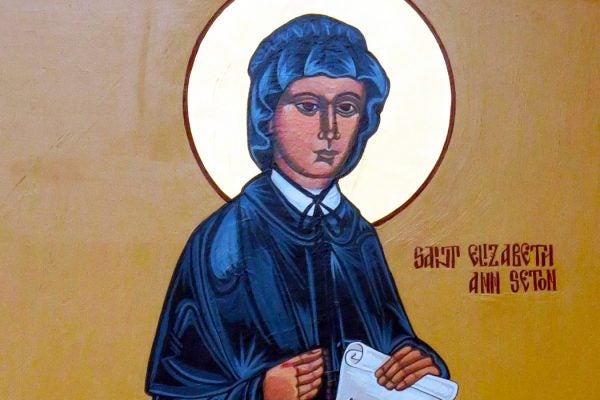 How Anti-Catholicism Created an American Saint

Elizabeth Ann Seton is known today as the first American Roman Catholic saint. her road to canonization was no easy path.