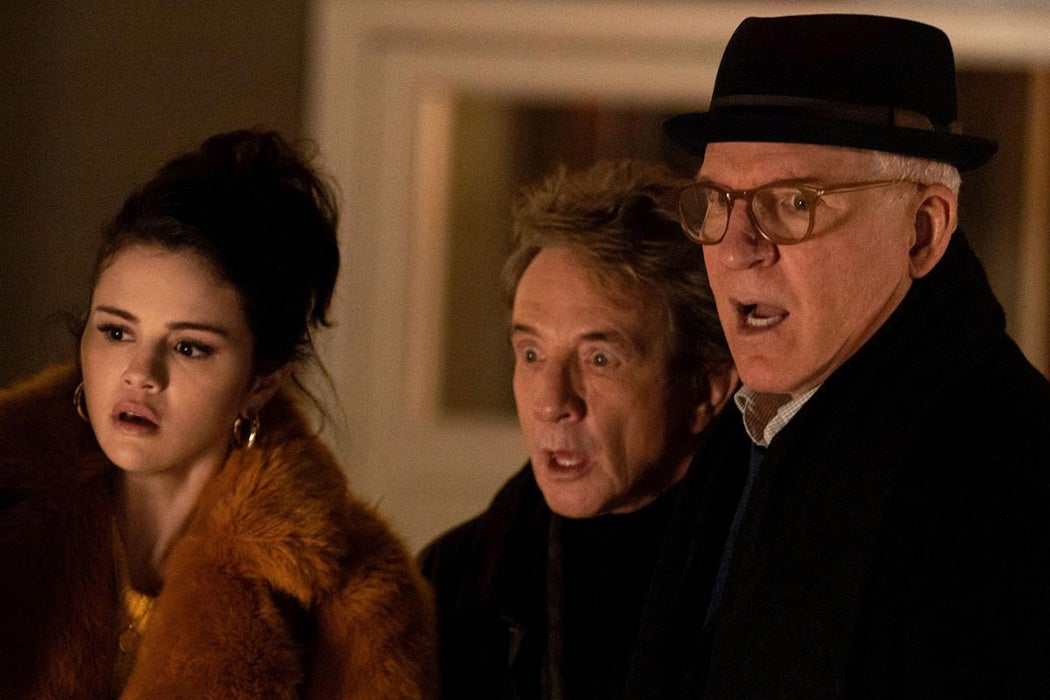 A still from Only Murders in the Building
Hulu
By: Julia Métraux
2 minutes
Share Tweet Email Print

In the world of true crime podcasts, it’s practically a given that audiences want narrators to dig deeper into a case, if not solve it. Every little detail could be a clue or a murderer’s tell. So it’s no accident that the protagonists of Hulu’s hit mystery series Only Murders in the Building—Oliver (Martin Short), Charles (Steve Martin), and Mabel (Selena Gomez)—give audiences what they want.

When a murder takes place in their building, they decide to make a podcast to solve it. As one does.

“Like the detective hero, the reader must pay close attention to even seemingly insignificant details.”

The entertainment value of the show harks back to mystery novels. Trying to explain their appeal, philosopher Alan Harris Goldman writes, “like the detective hero, the reader must pay close attention to even seemingly insignificant details.” Likewise, fans of Only Murders take to Reddit to obsess over each episode, to see if they can reveal who the murder or murderers are.

But long before podcasts and streaming series, other media stoked popular desires to solve mysteries. In the sixteenth century, authors wrote leaflets detailing the latest horrific crime. And for nearly a hundred years now, characters like Nancy Drew and the Hardy Boys have opened up the joy of solving mysteries to a younger audience. In the backstory of Only Murders in the Building, Mabel and her high school friends—including Tim Kono (Julian Cihi), whose alleged murder inspires the podcast—refer to themselves as the Hardy Boys.

Goldman also observes that in mystery novels, “an apparent early solution to the crime will be false, especially if put forth by the police.” In Only Murders, the police rule Kono’s death a suicide, which our protagonists immediately doubt. Their next step is to figure out who murdered Kono—even accusing Sting (who plays himself) of the crime while interviewing him and occasionally pointing fingers at one another.

As Oliver, Charles, and Mabel keep investigating their theories, it becomes clear that there is not a clear-cut, comic book–style bad guy. Goldman writes that in good mystery fiction, “multidimensional characters include not only detectives, but culprits or villains as well.” When most real people do questionable things, of course, they’re not automatically evil, and detectives likewise can be far less than saintly. Even after the season finale of Only Murders, on October 19, “some questions may remain in the end in the end about morals and motives,” as Goldman writes.

But that is part of the fun of mystery fiction.