In the 18th century a new trend in women’s underwear sparked public scandal: the hoop petticoat. How the world became obsessed with what was under women’s skirts. 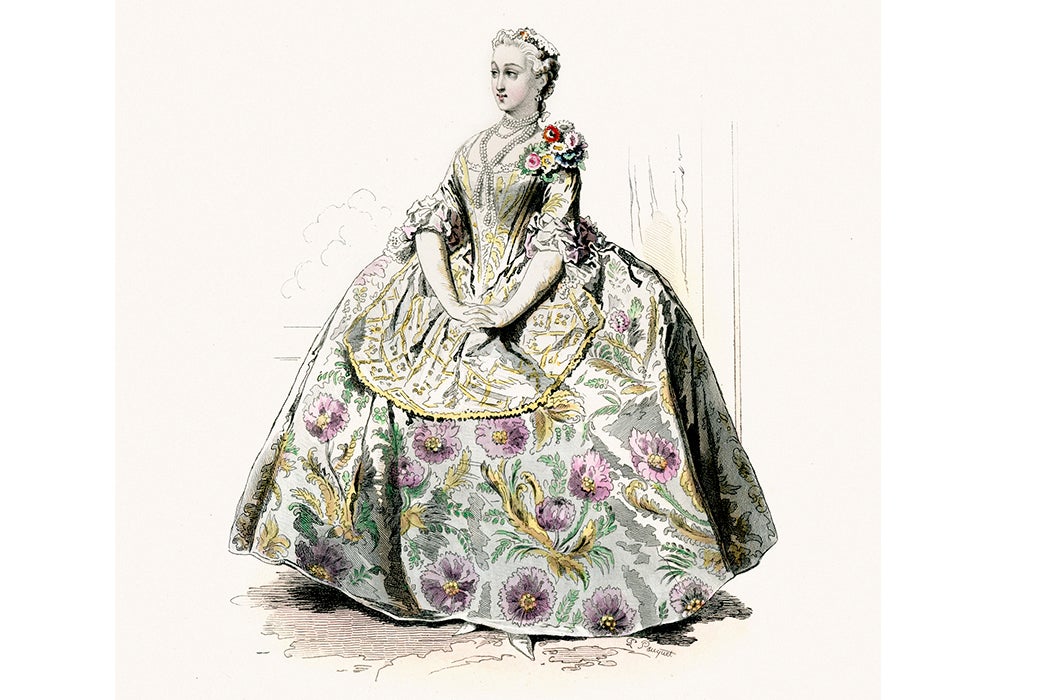 Lascivious. Ridiculous. Criminal. It’s not often that underwear sparks public scandal, but one of the more memorable ones took place thanks to a garment you might not associate with naughtiness: the hoop petticoat. Kimberly Chrisman tells why—and explains how the world became obsessed with what was under women’s skirts.

When the hoop petticoat made its debut in England at the beginning of the eighteenth century, it ushered in a new era in fashion. At the time, broadening international trade made more, lighter-weight fabrics available for fashion, and skirt sizes grew along with trade. The petticoats, which were shaped by whalebone, wire, wicker, and wood, held up the era’s expanding skirts, enabling the diameter of skirts to puff out to up to six feet. The broad petticoats were often outfitted with additional, balloon-like additions called pocket hoops and soon became popular throughout Europe.

In a time before drawers and panties, petticoats “provided European men with their first glimpse of female legs.”

Chrisman writes, “Wider skirts represented new freedoms for women of the era—freedoms that often crossed over into scandal. Simultaneously, it gave women better mobility and ventilation, which they would not soon surrender.”

Women might not want to give up their hoop petticoats, but they were punished for them in the court of public opinion. Men couldn’t figure out why women liked them, and satirized their size and supposed scandalous tendencies. They mocked women’s attempts to squeeze them into carriages and through doors, and complained about having to make way for women in wide skirts.

Soon, writes Chrisman, society found itself changing to accommodate the skirts. Chrisman documents changes in everything from carriage styles to tables, which began to sport railings to keep objects from being knocked over by women’s skirts. Soon less affluent women adopted knock-off hoops. As the hoop became a symbol of “lower-class (specifically, female lower-class) pretensions to gentility,” they created even more of a stir.

Hoops had sly sexual connotations, too. They were easily upset to reveal a woman’s naked form, lending a sense of titillation to fully-clothed affairs. The lightweight hoop petticoat, writes Chrisman, “was easily upset by the wind, falls, or sudden movements, so that underclothing and even bare flesh became scandalously visible.” In a time before drawers and panties, the petticoats “provided European men with their first glimpse of female legs, which had been closely shrouded in heavy petticoats for so many centuries.” Women soon learned to work these fears and hopes, tilting their hoops to show off their ankles and suggest what lay beneath. Even though hoops were large enough to keep men at a physical distance, they were novel enough to keep them guessing. “The wearer alone,” writes Chrisman, “determined whether the hoop acted as a barrier or an invitation.”

Ultimately, the hoop fell out of fashion, and today it seems as restrictive and passé as the corset. But for a brief moment, the controversial garment was as necessary as any modern-day fashion must. 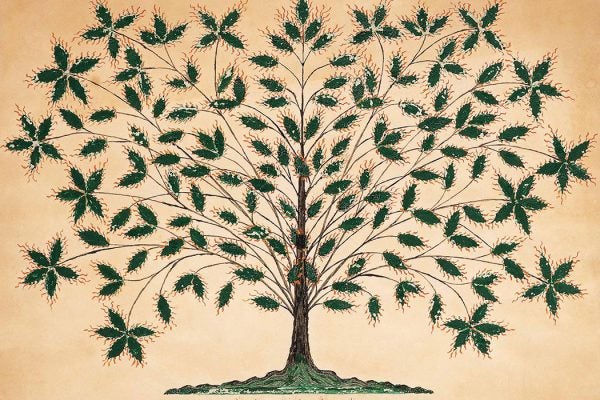