Some panda species have strange thumb-like appendages, but their thumbs evolved for strikingly different reasons. 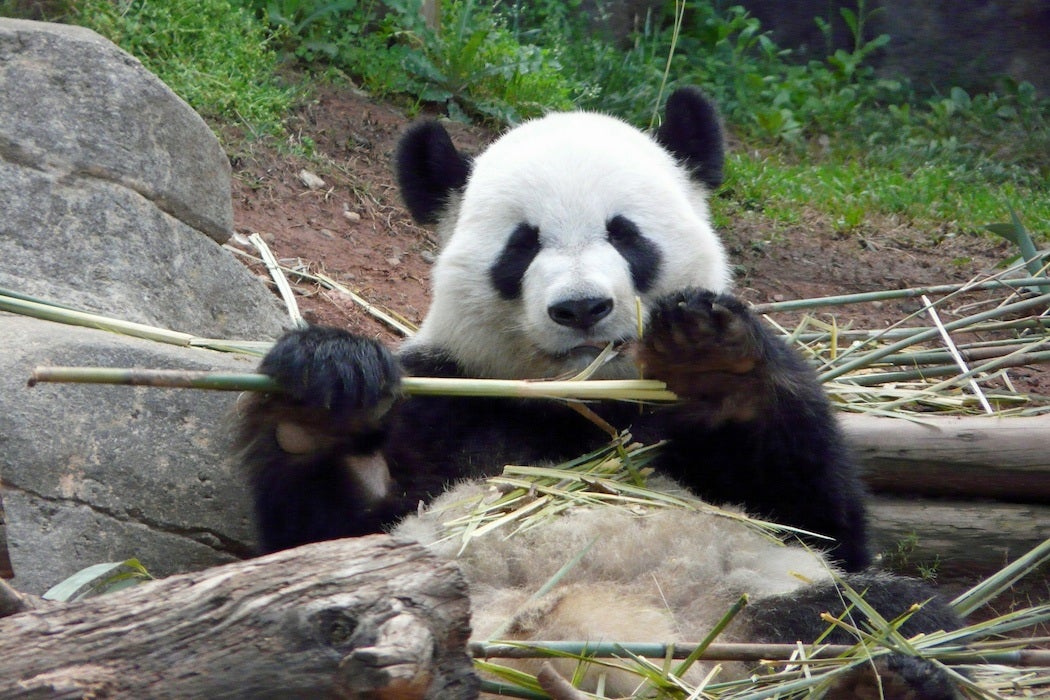 During the last few weeks, I’ve been watching a lot of cute animal videos. My particular subgenre of choice has been videos of animals eating. It’s hard to be overwhelmed by the ugliness of the world while watching a squeaking porcupine chowing down on pumpkins. At the same time, it’s hard to turn off the part of my brain that watches the eating habits of wildlife with scientific curiosity. Animals, after all, consume food using an impressive range of bio-mechanisms: Dogs and cats, for example, use physics, taking advantage of the surface tension of water by drawing up columns of liquid with their tongues. The thin proboscis of a butterfly, on the other hand, exploits capillary action to pull in nectar without the need for muscles. And bird bills specifically match the particular food items available to each bird species. Among all these incredible eating tools, however, nothing can match the power of the thumb.

Fully opposable thumbs were a watershed development in human evolutionary history. Thumbs allow us to manipulate tools with surgical precision, granting access to an almost unrestricted range of food resources. But thumbs aren’t unique to humans. Other animals have evolved similar structures, sometimes in fascinating ways.

Pandas have an elongated wrist bone that allows them to grip delicate bamboo.

Take the Giant Panda, for example. Watch a panda eat, and you’ll notice the thumb-like appendage that helps it hold onto bamboo stalks. The panda’s thumb isn’t actually a thumb; it’s an elongated wrist bone that opposes the five true fingers of the panda’s hand, allowing it to grip and manipulate the delicate bamboo stalks that form the majority of its diet. For an enormous organism like a panda to survive on an energy-poor resource like bamboo, most of which is composed of indigestible fiber, maximizing eating efficiency is key. Without gripping abilities, pandas would require more effort to consume less bamboo, compromising their ability to meet their energy needs. The misleadingly named Red Panda (it’s more closely related to weasels, raccoons, skunks, and badgers than to bears) has this same strange elongated wrist bone. In fact, this bizarre trait, along with a similar bamboo-based diet, helped contribute to the assumption that the two species were related. But the trait evolved separately in the two pandas, and for entirely different reasons.

At Cerro de los Batallones, a paleontological site in Madrid, researchers unearthed the fossil remains of a Red Panda relative called Simocyon batalleri that had the same adaptation. The catch: Simocyon batalleri was carnivorous, not a bamboo-eater. The discovery suggests that the false thumbs of Red Pandas evolved to help them grip narrow branches while climbing trees, unrelated to eating bamboo. Several other arboreal species, including possums and koalas, have developed opposable or semi-opposable thumbs, although all of them have a modified digit more similar to the human thumb than the peculiar wrist bones of the pandas.

The false thumbs of the pandas are a striking example of convergent evolution: the same trait evolving separately in unrelated groups of animals in response to similar needs. In one famous example, bats and marine mammals, faced with the challenge of navigating in the dark, independently developed the ability to echolocate. The awkward but functional pseudo-thumbs of the pandas evolved to solve different problems—one for climbing, the other for eating—but in both cases converged on an analog to the opposable thumb through modification of the same physical structure.

Fossil Hand Bones from Olduvai Gorge
By: John Napier
Current Anthropology, Vol. 6, No. 4 (1965), pp. 412-414
The University of Chicago Press on behalf of Wenner-Gren Foundation for Anthropological Research
Notes on the Giant Panda
By: W. G. Sheldon
Journal of Mammalogy, Vol. 18, No. 1 (1937), pp. 13-19
American Society of Mammalogists
Determination of Bamboo-Diet Digestibility and Fecal Output by Giant Pandas
By: Julie A. Sims, Jennifer L. Parsons, Heidi A. Bissell, Robert S. Sikes, John R. Ouellette, and Brian J. Rude
Ursus, Vol. 18, No. 1 (2007), pp. 38-45
International Association for Bear Research and Management
Comparative Behavior of Red and Giant Pandas in the Wolong Reserve, China
By: Kenneth G. Johnson, George B. Schaller and Hu Jinchu
Journal of Mammalogy, Vol. 69, No. 3 (1988), pp. 552-564
American Society of Mammalogists
Evidence of a False Thumb in a Fossil Carnivore Clarifies the Evolution of Pandas
By: Manuel J. Salesa, Mauricio Antón, Stéphane Peigné, and Jorge Morales
Proceedings of the National Academy of Sciences of the United States of America, Vol. 103, No. 2 (Jan. 10, 2006), pp. 379-382
National Academy of Sciences 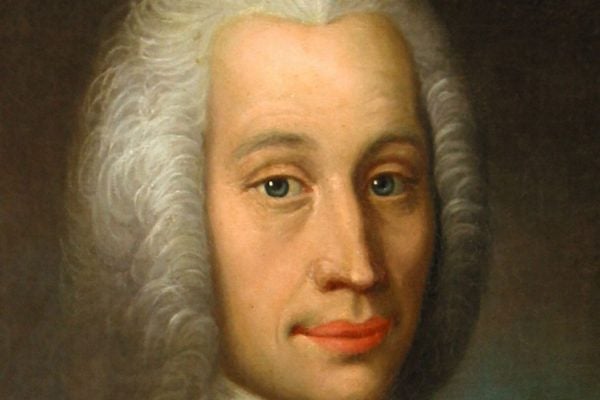 The Legacy of Anders Celsius

Happy birthday, Anders Celsius! The astronomer and geographer was born on November 27th, 1701, in Uppsala, Sweden. Most ...