The rascally cherub has been part of Valentine’s Day lore since Chaucer’s time. 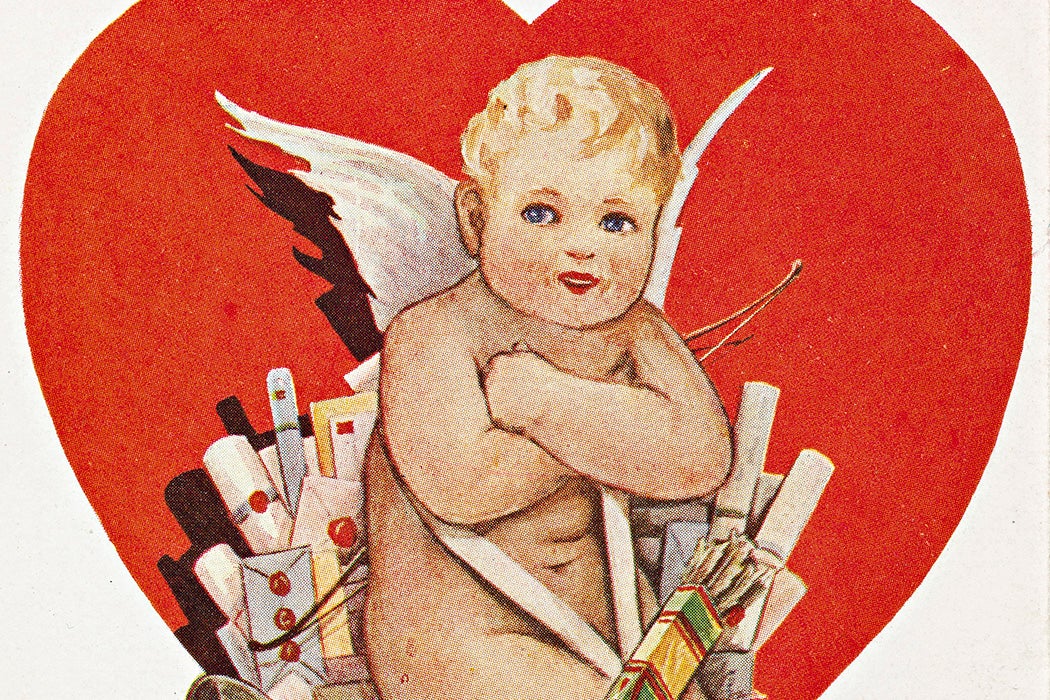 Despite a long list of Valentines and Valentinas that included emperors, martyrs-turned-saints, and a pope, there is no evidence that Saint Valentine’s Day as a holiday about love existed before Chaucer’s time. But as soon as it was, Cupid was part of it.

As the late University of Kansas English professor Jack B. Oruch wrote in “St. Valentine, Chaucer, and Spring in February,” it was the English literary giant and a circle of contemporaries, including John Gower, Oton de Grandson, and John Lydgate, who, building on the courtly love tradition, were the original “mythmaker[s]”of Valentine’s Day as a holiday focused on love and fertility. Cupid’s association with the day was present from the start, says Oruch. “At the time of Chaucer’s death in 1400, the transformation of Valentine into an auxiliary or parallel to Cupid as sponsor of lovers was well under way.”

Valentine’s Day had such a hold over the public that it amounted to a “mania, craze, rage, or epidemic.”

But Cupid’s image did not stay the same in Valentine’s lore. By the mid-1800s, Cupid was looking less literary and more marketable.

As Leigh Eric Schmidt, a professor of religion and politics at Washington University in St. Louis, writes in “The Fashioning of a Modern Holiday: St. Valentine’s Day, 1840-1870,” Americans in the mid 1800s repurposed the holiday, and Cupid’s image shifted. Valentine’s Day had such a hold over the public, Schmidt writes, that it amounted to a “mania, craze, rage, or epidemic—a ‘social disease’ that seemed to recrudesce annually with ever heightening interest and anticipation.”

Naturally, Schmidt writes, merchants were eager to capitalize on this phenomenon even more by bringing children into the fold, so they created “lines of ‘juvenile valentines’.” Cupid came to have a new visual. Middle-class Americans of the nineteenth century had a “sentimental devotion to the child,” Schmidt writes, so the “piety of the angelic youngster” was reflected in a wide range of Valentine’s Day cards. The repackaging, Schmidt contends, was “very much a new image for the holiday”:

A refashioned image of Cupid as an innocent cherub indicated a redirection toward children and familial devotion. Merchants helped create a darling infant Cupid who bore only a faint resemblance to the often capricious Roman Cupid, who was said, among other things, to have sharpened his arrows on a grindstone whetted with blood.

Cupid’s image continues to be repurposed to this day in the pursuit of profit. Take the 2001 slasher flick Valentine. As film theorist and historian Richard Nowell writes in his essay “‘There’s More Than One Way to Lose Your Heart’: The American Film Industry, Early Teen Slasher Films, and Female Youth Author(s),” Cupid was reimagined as a “cherub-masked killer” to target teenage girls and young women, America’s “second-largest theatergoing demographic.” Clearly no longer playing for the children in the room, the trailer asks: “Why is it that the one day of the year that everyone’s afraid to be alone is Valentine’s Day?” The answer, Nowell writes, is the film’s tagline: “Love Hurts.”

It’s certainly a stretch from where Chaucer started with springtime and lovers, but considering that planned Valentine’s Day sales in the U.S. are expected to rake in approximately $27.4 billion this year—an increase of $6.7 billion since 2019—unless we collectively agree to quit celebrating Valentine’s Day, it’s a sure bet there’s more of this waiting in the, well, wings. 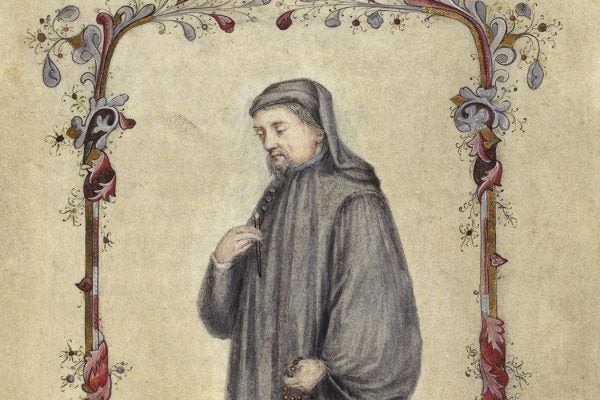 The Love Birds of Valentine’s Day

A little history behind the love birds that inspired Chaucer to invent Valentine's Day, the well-known celebration of love.