Movie portrayals of faculty may influence the ideas about professors that students bring to the first day of class. 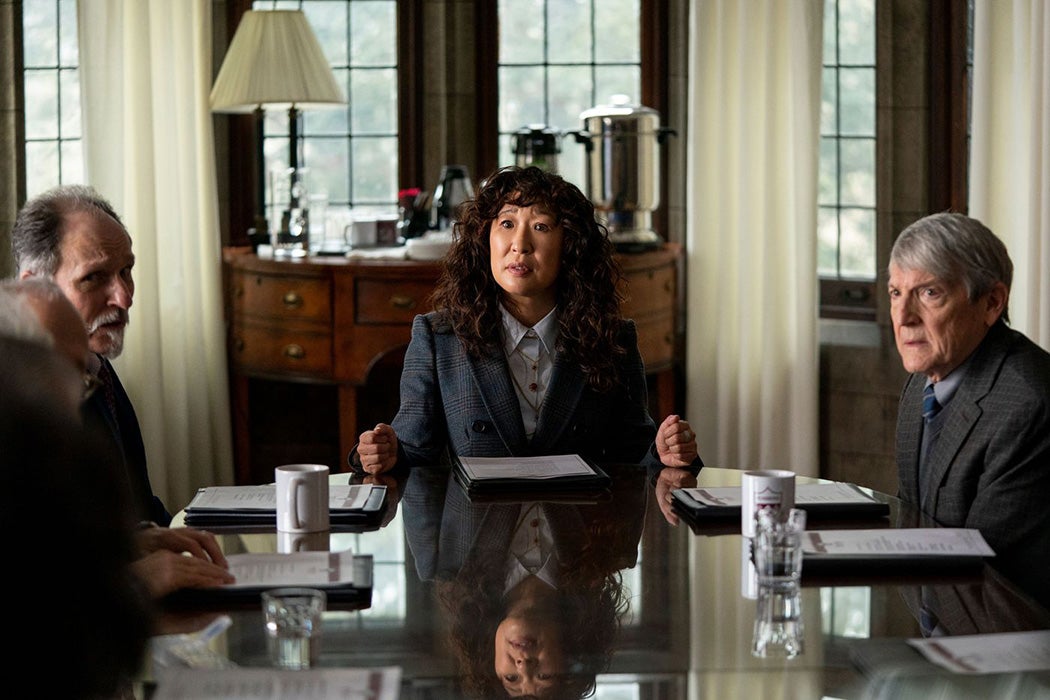 Sandra Oh plays the head of an English Department in "The Chair"
By: Julia Métraux
3 minutes
Share Tweet Email Print

The ivory tower is anything but isolated from the world surrounding it—and it’s anything but ivory. Yet as research has consistently shown, female professors and professors of color may face harsher critiques and judgments from students based on sexist and racist preconceptions of faculty of color.

Netflix’s series The Chair, starring Sandra Oh as the first Asian American and female English department chair at an elite fictional college, takes this as a point of departure.

Movies and other forms of pop culture about professors may affect how young people think about their instructors and treat them in response, especially through course evaluations. So sociologists Mari Dagaz and Brent Harger set out to study portrayals of faculty in forty-eight films released in the United States between 1985 and 2005.

Male professors in movies are portrayed as researchers, while women are more apt to be teachers.

First, Dagaz and Harger noted each film’s obvious “I’m a professor” tropes, including the ways the characters interacted with students, their departments, and whether they wore glasses, bow ties, even pocket protectors. They also observed the demographic characteristics of the characters, including age, race, and gender, and compared them to actual demographic data.

The movie professors tended to be men, but not necessarily older or white: Black professors in the analyzed films were overrepresented compared to their real numbers in academia—9.6 percent to 5.5 percent, respectively—but most of them were men. Asian American and Hispanic professors, on the other hand, were far underrepresented in the movies compared to real life.

Beyond the numbers, Dagaz and Harger found many stereotypes, which sometimes were race-specific. Pointing to Drumline, which is about Black directors of rival southern college marching bands, the researchers found one director preferring “flashy” outfits, while the other is more “uptight and nerdy” and “not ‘authentically’ black.” (His band is able to win a competition only when it works hip-hop and jazz elements into its routine.) Dagaz and Harger could not find examples of Black business, law, or mathematics faculty in the films they reviewed, even though 6 percent of professors in those disciplines are Black.

Female professors in the movies, the researchers find, sometimes appear to have stereotypically masculine qualities, “possibly…to allow the audience to view them as competent professors.” Professor Stromwell, in Legally Blonde, “is a formidable presence in the classroom and is demanding and rather insensitive to her students,” Dagaz and Harger write. “She does not hesitate to call on students and embarrass them for not possessing the correct answer.” But many other times, female characters are sexualized. In all, male characters are portrayed as researchers, while women are more apt to be teachers.

This may have consequences for real-world faculty, Dagaz and Harger argue, because students’ expectations of their professors are shaped by media imagery. If new students associate African Americans with low intelligence due to media portrayals, for example, that may shape their expectations and thus their end-of-term assessments.

Sandra Oh’s character goes against type in at least one way: Dagaz and Harger found that Asian and Pacific Islanders were so underrepresented as professors in films that they could not even be analyzed. When it comes to representing professors of color in movies, screenwriters and directors need to hit the books.

The UK’s National Union of Women Teachers went from splinter group to union in its own right, winning on equal pay—as The Woman Teacher shows first-hand.