The UK’s National Union of Women Teachers went from splinter group to union in its own right, winning on equal pay—as The Woman Teacher shows first-hand. 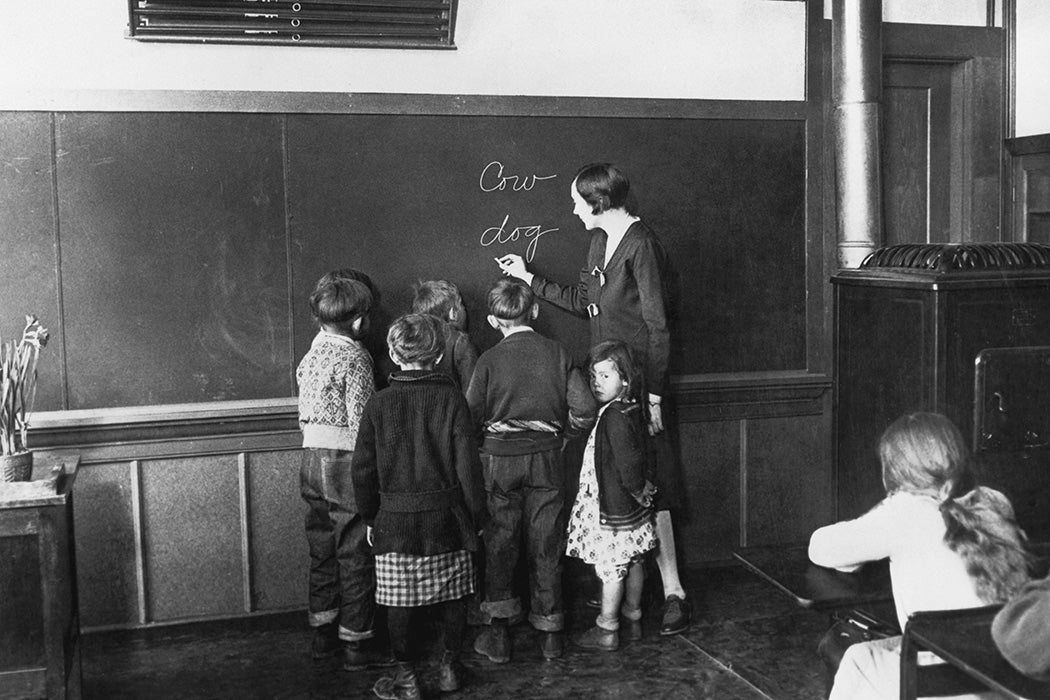 A teacher writes animal names on the blackboard to teach her young pupils how to spell, 1930
Getty
By: Katie McBride Moench
5 minutes
Share Tweet Email Print

Around the turn of the twentieth century, the UK’s National Union of Teachers made its Ladies Committee permanent. The Committee was designed to recruit women to the profession and form a section for female members of the union—overseen by men—to discuss their particular concerns in the profession. The National Union of Teachers, or NUT, as it allowed itself to be known, served both as a means of advancing progressive values and allowing its members access to services such as health insurance and mutual aid. The NUT advocated for the abolition of national curriculum tests as a means of assessing primary students in the UK, saying that they neglected the individuality of students. They also petitioned for better work-life balance for teachers and fair pay for the profession—issues that still motivate the union in its present form.

There’s a particular irony in the fact that a union of education professionals would decline to endorse a motion to expand the rights of women.

But, when a petition supporting women’s suffrage came around, the union refused to lend its support or even allow the Ladies Committee to endorse such a measure on their own. There’s a particular irony in the fact that a union of education professionals would decline to endorse a motion to expand the rights of women. Teaching, especially in the younger grades, is most often a female-dominated profession. As the Emory Universitfy English Professor Heather Julien notes in the National Women’s Studies Association Journal, in the pre-World War I era, entering into a career in education was seen as one of the few paths women could embark on as an alternative to marriage and motherhood.

While a patriarchal society might have seen these careers as a stopover between leaving childhood and marriage, as the historian Sarah King notes in her chapter in the edited volume Women Who Taught: Perspectives on the History of Women and Teaching, the women who became teachers took their careers seriously and saw them as lifelong endeavors. Little wonder, then, that they were motivated to create a splinter union that allowed them to advance their cause for equal pay and equal workplace rights within a system that often taught their own oppression.

By 1919, suffrage for women had begun to expand in Britain, though it was still restricted by age, and the members of the National Union of Women Teachers had gone from a splinter group to a union in their own right, publishing The Woman Teacher, a recurring journal. The Woman Teacher contained articles calling the members to radical action for equality, bookended by advertisements for lodging and insurance specifically for female teachers. While the union continued to advocate for the teaching profession as a whole, of particular concern were the strictures they felt punished them from within their own profession. For example, as the former President of East Carolina University Dennis H. Cooke noted in the Review of Educational Research, despite a widespread feeling among members that teaching was their life’s work, there continued to be a “marriage bar” that prevented teachers from keeping their jobs if they wished to court and marry, due to the perception that they could not teach and raise children at the same time.

Central to The Woman Teacher’s purpose was a rebellion against the feeling that their male counterparts were trying to control them and their advancement in the profession by silencing their concerns and keeping them out of leadership positions. Formally airing these concerns became a major focus on the union, with events such as the Equal Pay Luncheon, which is advertised on the June 1937 journal cover, serving as a way for female teachers to organize around such causes.

While the NUWT hoped for collaboration with the male-led NUT, they instead faced censure from both men and women. Though the NUWT had long been independent, at least in thought if not in name, in 1932 dual membership between the NUWT and the NUT was officially prohibited, showing the unwillingness of the NUT to consider the women of its profession as being in equal standing to the men. Going a step further, the all-male National Association of Schoolmasters (NAS), formerly a division of NUT, seceded from the group in 1922 with the ambition of advancing male teachers and prohibiting female teachers from receiving equal pay. In addition to the pay issue, members of NAS believed that men were intellectually superior to women and that they, and they alone, should have the power to teach boys in the UK.

It is sadly not unusual that a union like the NUT, which advanced such progressive values as individualized learning and focusing on the whole person, have also belittled the women who sought equality in their roles as teachers. What a publication like The Woman Teacher documents is not just the concerns of its readership, but also the failure of so-called progressives or reformers to look at their own internalized biases and address the blatant sexism that caused them to want to limit women professionally. When the NUWT organized, they did so not only to advocate for the quality of student education, but also to advocate for themselves in a union that had shown them it did not care about their voices. By advancing this cause, the women of NUWT eventually achieved many of their aims, such as the dissolution of the marriage bar and, at least on paper, a commitment to equal pay. Additionally, their support of broader suffrage movements in the United Kingdom helped position them as a political force, leading to recognition of the influence of teaching unions beyond the classroom.

On April 5, 1961, when the final installment for equal pay was passed, the separate union officially disbanded. Over the course of its history, it had advanced educational opportunities for girls, secured influence in spheres from politics to policing, and weathered the challenges of World War II and the postwar years. Although the NUWT no longer exists as a separate union, the reforms they were willing to stick their necks out for, and their commitment to equality, continue to benefit teachers in the UK. 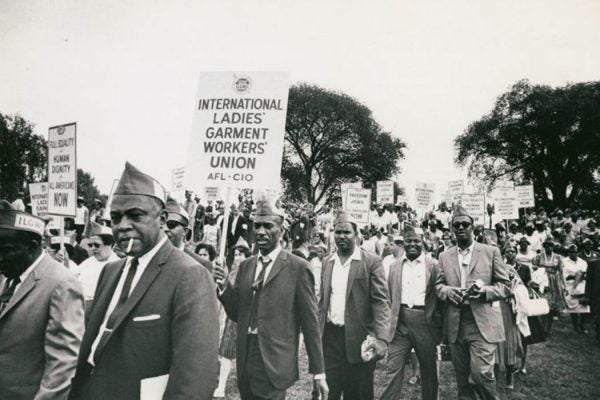