Who Is Watching the Whale-watchers?

Whale-watching cruises can negatively affect the behavior of cetaceans, depending on species, environment, and population. 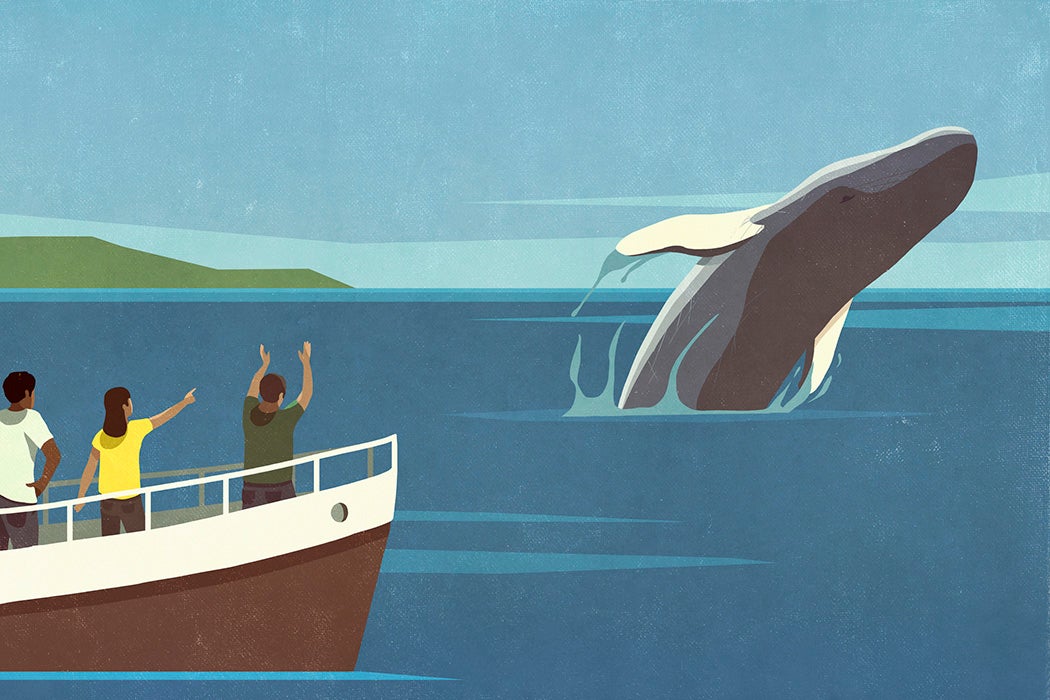 Over the course of half a century, humans largely turned from slaughtering whales to watching them. Once, whales were killed to make consumer products like margarine, cosmetics, and pet food on an industrial scale. Although a handful of nations still hunt and kill cetaceans for commercial purposes, “whaling” is now more commonly a form of tourism, enjoyed from Patagonia to Alaska, Norway to South Africa, and off the coasts of China, Iceland, New Zealand, and even New York City.

But let’s consider, for a moment, how disruptive shipping in general is for cetaceans, and ask: Do whale-watching cruises themselves have any effect on the whales?

The answer is yes.

We found disruptions of activity budget and path of directionality as the most consistent responses towards whale-watching vessels. In a similar manner across species, animals were more likely to travel and less likely to rest and forage in the presence of vessels.

This is a meta-analysis, using data from previous studies by numerous research groups. The authors found that behavioral changes “may vary depending on species, populations and environmental features.” For instance, larger species tend to respond to vessels by speeding up. Smaller species, like dolphins, tend to slow down.

Senigaglia’s team notes that “perhaps most relevant for the long-term sustainability of the industry were the measured changes in activity budgets, which may lead to energetic unbalance and have been shown to affect population dynamics.” The presence of whale-watching boats can mean more traveling and less resting for the stars of the show. Just by showing up, the audience is having an effect.

In areas where food is plentiful, “energetic balance can be readily re-established,” but in “limited food conditions, the population’s ability to buffer this cost is low.” (Other stressors on the ocean, like pollution, overfishing, and the wide-ranging transformations of global warming, were not factored in here.)

Of concern, too, is that disturbance “may potentially reduce nursing time” since nursing usually occurs during resting periods.

Whale-watching business “managers often operate without sufficient scientific data to ensure proper management of whale-watching tourism in data deficient areas.” The authors note that “it is particularly interesting that the presence of a regulatory code of conduct, whether official or voluntary, did not influence cetacean responses.” The only exception was that “cetaceans varied their speed, in a case specific manner, when unregulated whale-watching boats were present.” Otherwise, the authors “refrain from commenting on the general effectiveness of whale-watching codes of conduct.”

They do indicate that future studies should “address population specific differences to evaluate long-term impact of whale-watching activities, which are important to ensure the sustainability of the industry.”

The use of the word “industry” here suggests that perhaps we are still consuming whales after all. It’s not for specialty lubricants and fertilizers, to be sure, but there’s still an aspect of commodification here. This time around, it’s a commodification of living organisms for the benefit of a human experience, a vicarious form of entertainment perhaps not unlike sports spectatorship for others. 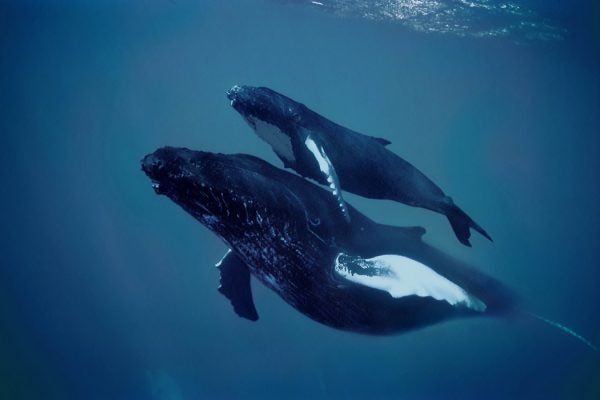