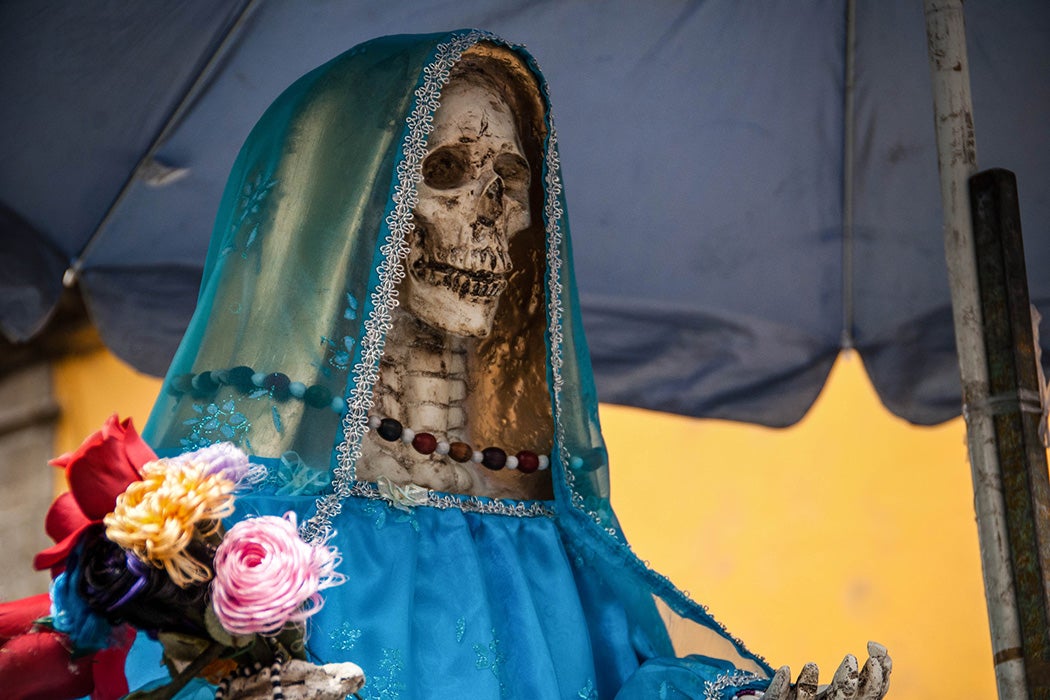 If you know anything about the folk saint Santa Muerte, it might be from Breaking Bad or other popular portrayals that show drug traffickers worshiping at a shrine with a skeleton clothed in a bridal gown. As anthropologist Piotr Grzegorz Michalik explains, that’s the image that Mexican popular media presented for years. But, he argues, in reality, the cult of Santa Muerte is largely similar to other aspects of folk Catholicism, except more open to a wide variety of influences.

“Death” figures have been common in Catholic iconography since the thirteenth century, rising for the terrifying experience of medieval European plagues. Spanish colonizers brought these images to the cultures of the lands they invaded. Santa Muerte’s first documented appearance as a venerated figure in Mexico came in a 1797 Inquisition report on idolatrous practices by indigenous worshipers.

Michalik writes that, by the time of his article’s publication in 2011, the image of Santa Muerte could be found all over Mexico. Since 2001, devotees have placed dozens of altars to the folk saint around Mexico City, as well as more all over the country.

Devotees of Santa Muerte pray with rosaries, go on pilgrimages, and place offerings like apples, cigars, and candles on her altars.

The cult of Santa Muerte is generally very similar to other saint worship in Mexican folk Catholicism. Often a saint will become popular and widely worshiped at a particular place and time. As with Santa Muerte, some of these are not formal, canonized saints. Followers may seek healing or magical favors.

Just as with other saints in folk Catholicism, devotees of Santa Muerte pray with rosaries, go on pilgrimages, and place offerings like apples, cigars, and candles on her altars. The cult also uses magical ritual derived from indigenous practices, as well as elements of Spiritualism, Santería, western medicine, and New Age ideas about spiritual energy. Its curers may lift a curse, provide an herbal remedy, or offer assistance for a job seeker.

While faith in Santa Muerte can be found in the Mexican organized crime world—as well as among sex workers and in LGBTQ communities—Michalik writes that it also has close connections with a commercialized flavor of New Age spirituality. Santa Muerte devotees have their own glossy magazines, with free calendars and posters inside. The magazines feature exemplary prayers, accounts of miracles, and photographs of ingredients needed for rituals, available by mail. Worshipers can buy an enormous variety of Santa Muerte figures, as well as products like tarot cards branded with her image.

“What distinguishes Santa Muerte from other Mexican folk saints is for the most part her astonishing effortlessness in absorbing countless elements of diverse visual codes, ritual patterns and belief systems,” Michalik writes. That flexibility may be one key to Santa Muerte’s success. Today, she has more than 10 million followers, according to R. Andrew Chestnut, including many north of the Mexican border. 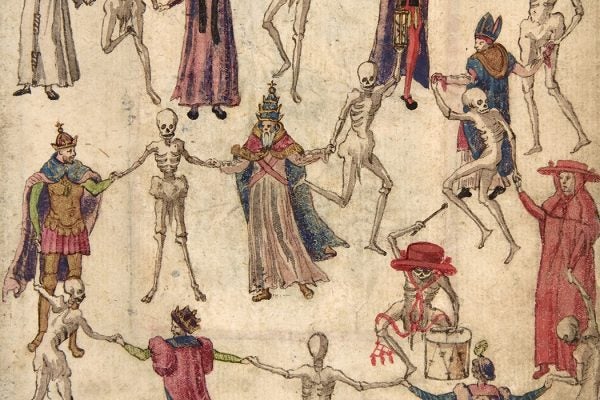