Frederick Hollick’s case involved not only his controversial sex-positive arguments, but also the question of who should be privy to medical knowledge about sex.

An award presented to Hollick by a women's society in Philadelphia
via Wikimedia Commons
By: Livia Gershon
3 minutes
Share Tweet Email Print

Who has the authority to speak publicly about sex? And where’s the line between providing education and peddling smut? Today, we often think about those issues in relation to sex ed in public schools. In 1846, as historian April Haynes writes, they were at the center of the much-discussed trial of popular health writer Frederick Hollick.

Born to a working-class family in England, Hollick became a socialist freethinker with distinctly racist bent. When he immigrated to the U.S. in 1842, he immediately tried to set himself up as a spokesman for pro-slavery “scientific racism.” Haynes writes that “he apparently expected that his ideas would ally him with the deeply racist broader society.”

When his first proslavery pamphlet failed to bring him fame and fortune, Hollick switched gears. He shed his working-class, socialist self-presentation and within a year was lecturing on “women’s diseases.” Even as he recast himself in a bourgeois mold, his attitudes toward medical knowledge reflected a deep hostility toward elite doctors. That put him right in line with an emerging popular health movement that promoted egalitarian access to medical knowledge and questioned the idea that physicians were professionals with special authority.

Men and women who had attended Frederick Hollick’s sex ed lectures wrote public letters supporting the dissemination of this kind of information.

In writings and lectures, Hollick shared contraceptive techniques, celebrated male and female pleasure in heterosexual intercourse, favored the legalization of sex work, and deplored marital rape. He also argued against the then-standard medical theory that too much sex would overtax the body’s energy.

“Almost as if to taunt Sylvester Graham and Grahamite sex reformers, Hollick advocated the use of spicy foods, tea, coffee, and even marijuana as aphrodisiacs that might make possible more frequent sex for those who tended to underindulge,” Haynes writes.

According to Haynes, when Hollick went to trial in Philadelphia, the case involved not only his controversial sex-positive arguments, but also the question of who should be privy to medical knowledge about sex. A report in Philadelphia’s Daily Chronicle complained that Hollick was not associated with professional institution and that he “does not confine his lectures to a particular class of people, such as nurses or midwives… and his book is written in painfully intelligible language…”

Hollick’s many defenders also highlighted the issue of popular knowledge about sex. Men and women who had attended his lectures wrote public letters supporting the dissemination of this kind of information to all—and, in particular, to the middle- and lower-middle-class white women. After all, this was a historical moment in which control over childbirth and women’s health care was being disrupted by the professionalization of male doctors.

Ultimately, prosecutors dropped many charges against Hollick, and he skipped town before facing the rest of them. But his influence remained in the debate over how publicly Americans should talk about sex, which continues today.

The Trials of Frederick Hollick: Obscenity, Sex Education, and Medical Democracy in the Antebellum United States
By: April Haynes
Journal of the History of Sexuality, Vol. 12, No. 4 (Oct., 2003), pp. 543-574
University of Texas Press 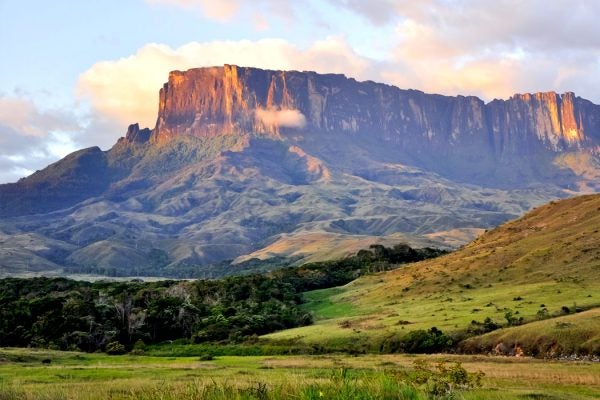 Many species on the tepui summits are found nowhere else. How did those species get there?