The Trump administration’s decision to relax nutrition standards for school lunches is the latest development in a century-long fight. 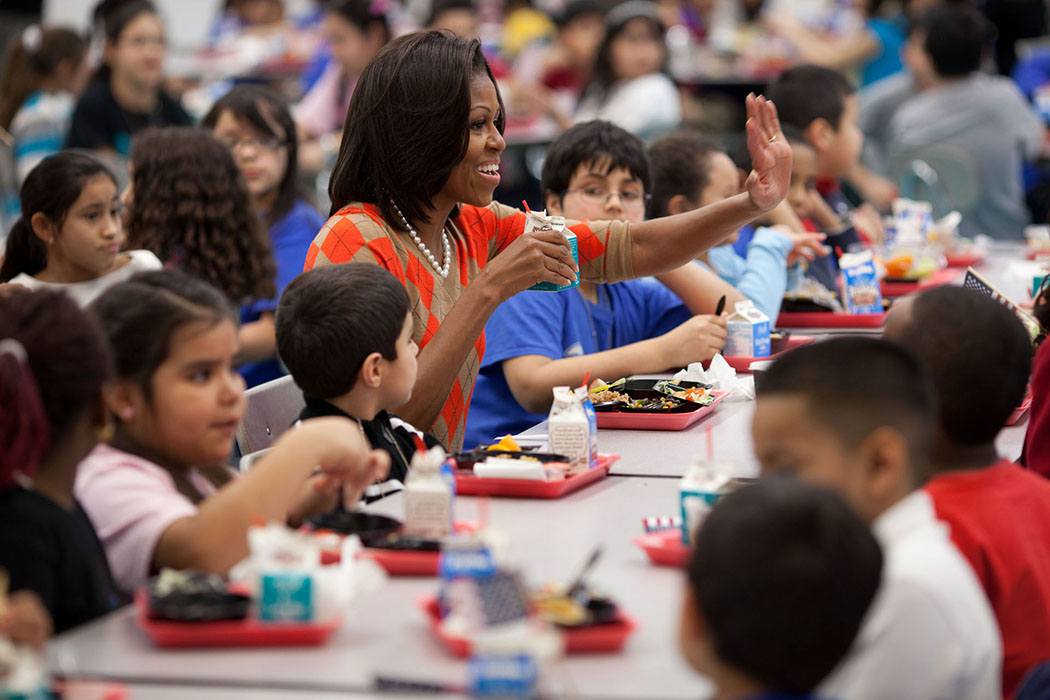 The Trump administration’s decision to relax nutrition standards for school lunches introduced by Michelle Obama is the latest development in a food fight that’s been going for nearly a century. In 2011, Kristen Hinman looked at the controversies that have dogged school lunch from the beginning.

Some American public schools started offering students lunch in the early twentieth century as a way to provide nutritious food and teach good eating habits. Hinman writes that the federal government entered the picture in the 1930’s, when both families and farmers were suffering the effects of the Great Depression. The Agriculture Department (USDA) started buying up agricultural surpluses and sending them to school cafeterias.

That set up a system that continued when the federal school lunch program began in 1946. The USDA handed commodities and cash to school lunch ladies as long as they followed the department’s nutrition standards. In the 1960’s, Congress dramatically expanded school lunch by setting eligibility standards to ensure that all low-income kids could eat for little to nothing.

In one of the early battles of the School Lunch Wars, the Reagan administration famously—though unsuccessfully—tried to reclassify ketchup as a vegetable.

The trouble was, school cafeteria food was often terrible. Hinman notes that a lot of poorer school districts in particular didn’t have kitchens. Many students ended up getting heat-and-eat meals that often ended up in the trash.

That waste brought bad publicity to the program. But the federal response wasn’t to provide more resources to help schools cook more appetizing fare. Instead, under Ronald Reagan, the government tried to prevent mounds of canned green beans from ending up in the trash by relieving schools from serving them at all. This was when the Reagan administration famously—though unsuccessfully—tried to reclassify ketchup as a vegetable. Meanwhile, Congress succeeded in cutting lunch reimbursement rates by a third.

In an effort to improve lunch programs’ financial health and get kids to actually eat what they served, schools pushed their menus to the edge of the rather lax federal nutrition rules, adding items like chicken nuggets and tater tots.

A new backlash to the fast-food filled schools began in the 1990s. Hinman writes that the most visible faces of the push for more nutritious food were legendary chef Alice Waters and “Renegade Lunch Lady” Ann Cooper. Working in California, Waters helped establish the Edible Schoolyard program, letting children help grow their own produce. Cooper helped a number of school districts in the state create lunch programs centered on whole foods.

Hinman closes her account on a hopeful note, arguing that Michelle Obama’s Let’s Move campaign was successfully pressuring schools, food vendors, and parents to step away from the French fries and Pop-Tarts. She describes one suburban St. Louis school district that introduced locally sourced whole foods. The program raised the price of meals from $3.75 to $4.25 each, a cost the district agreed to pick up.

With political will, Hinman writes, schools can help improve students’ health and eating habits. But the current administration’s new move reminds us just how fragile that will can be. 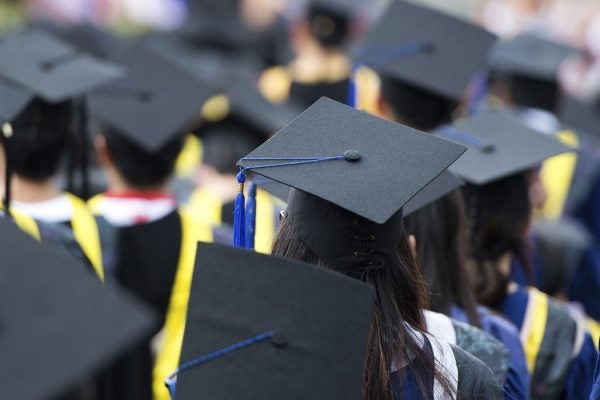 When JSTOR saved the day...Recent college grads remember the articles that helped them with their research before graduation.