In 1909, Kathlyn Oliver called for the creation of a servants’ trade union that was “as important to the community as the worker[s] in any other sphere.” 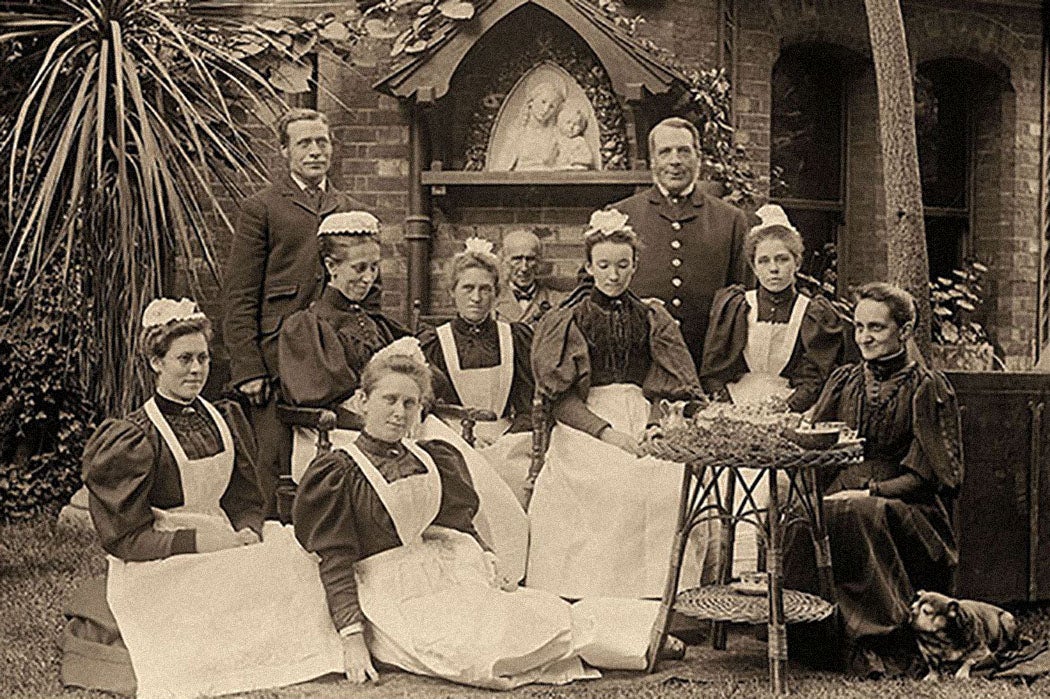 If professional women can advance their careers by handing off work like childcare and meal preparation to low-paid women in the service industries, is that an advance for feminism? As historian Laura Schwartz writes, this modern question also swirled around domestic servants’ labor organizing in early-twentieth-century Britain.

At that time, Schwartz writes, between a quarter and a third of British women who worked for pay were domestic servants. And, at the same time, many women were organizing for the vote. This included working-class women.

Among them was Kathlyn Oliver, a servant who worked for Mary Sheepshanks, a leader in the International Women’s Suffrage Alliance. Oliver herself supported the People’s Suffrage Federation, which argued for the universal franchise for all adults, regardless of both sex and class. (Many working-class men were still excluded from voting at the time.)

The Domestic Workers’ Union called for reforms including a reduction in hours from 16 hours a day to 10, and for household work to be treated like industrial labor.

For servants, who were often confined to their employers’ homes most of the time, it could be difficult to participate in feminist meetings and demonstrations. But, Schwartz writes, they were a significant part of lively conversations happening in the feminist press. Many wrote letters to the Women Worker, the journal of the National Federation of Women Workers (FNWW), which focused largely on concerns of women who worked in factories or union settings.

In 1909, Oliver wrote to the Women Worker calling for the creation of a trade union for servants, who, she wrote, were “as important to the community as the worker[s] in any other sphere.”

The NFWW agreed to back Oliver in starting such a union, and the Domestic Workers’ Union (DWU) was born.  It called for reforms including a reduction in hours from 16 hours a day to 10, and for household work to be treated like industrial labor—measured, regulated, and rationalized. It opposed live-in servant arrangements, which left workers with little time to call their own.

The response from other feminists was decidedly mixed. Undoubtedly, some of the resistance from professionally employed feminist women reflected simple class conflict. As one servant wrote to the suffragist magazine Common Cause, “It is to the mistresses’ advantage that things should remain as they are.”

But Schwartz writes that the disconnect went deeper than that. Since the 1860s, British feminists had held up financial independence and meaningful, and professional-class work as a central issue for women. In arguing for women’s liberation from the home, feminist magazines often described housework as monotonous, purposeless, and dirty.

In contrast, Oliver wrote that “cleaning, rightly understood, is a necessary and therefore honourable occupation.” She also attacked the notion, popular among middle- and upper-class feminists, that “it is work which justifies a person’s existence.”

Ultimately, the DWU was never able to attract more than a small minority of British servants, perhaps, Schwartz suggests, partly because of the “impossibility of reconciling the life of the average servant with the vision of fulfilled womanhood striven for within the feminist periodicals.” 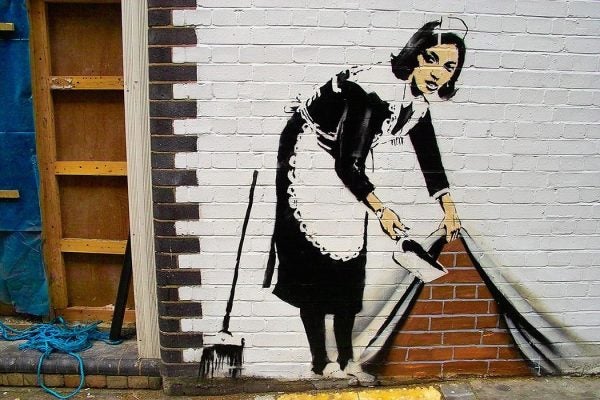 In the early part of the twentieth century, most middle-class American homes had at least one servant. Then the "servant problem" arose.