Perception of black students by their white teachers may be racially biased. 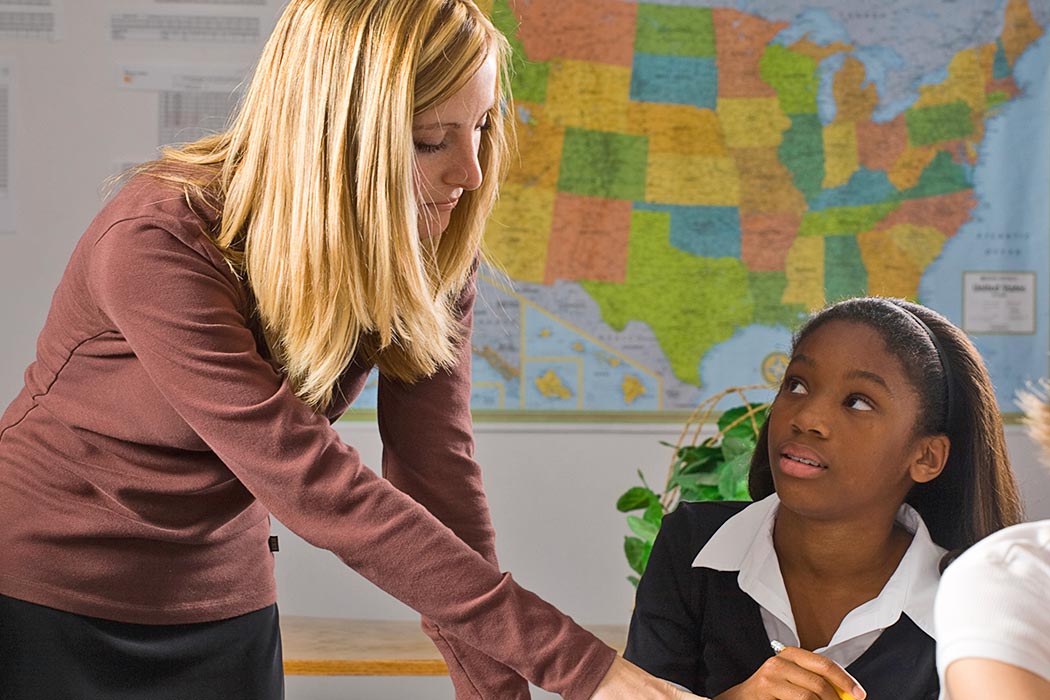 A recent study found that white teachers were less likely than black ones to predict that their black students would go on to graduate from college. That’s a problem because teachers tend to treat students differently depending on how they see their potential, and because more than 80 percent of teachers are white, while only 49 percent of students are.

In a 2004 paper for Sociology of Education, Douglas B. Downey and Shana Pribesh looked at the dynamics of classrooms with white teachers and black students.

Downey and Pribesh note that previous studies have shown white teachers tend to see more behavioral problems among black students than white ones. Even more troublingly, research has found that, given the same black students, white teachers evaluate their behavior more harshly than the teachers’ black colleagues do.

But Downey and Pribesh write that this, alone, doesn’t show that the problem is with the white teachers. It could be that black students really do behave worse than white students, and that they act up more when they’re in a classroom with a white teacher. In fact, the well-known but controversial idea of “oppositional culture” predicts that black kids will act out at school, particularly in classes taught by white teachers, out of an impulse to resist white-controlled social institutions.

The oppositional culture concept suggests students become more resistant to white institutions over the years. So, Downey and Pribesh decided to look at how teachers evaluate kindergarteners compared with adolescents. Using a nationally representative data set for each of the two age groups, the authors checked whether their teachers noted troublesome behavior.

The results didn’t show larger gaps between white and black teachers’ evaluations for the older kids than the kindergarteners, providing some evidence against the oppositional culture idea. In addition, when they asked the parents of black kindergarteners, they found the kids didn’t seem to be more likely to like school, or their teacher, if the teacher was black. This suggests that the difference in white and black teachers’ evaluations were more about the teachers’ perceptions than different behavior by the students.

The takeaway from this paper, and from the newer study on college expectations, is that all of us—and particularly white teachers—need to be vigilant about the way our perceptions can be racially biased. Our ideas about race may, even unconsciously, shape what we think we’re seeing from kids, even when they’re only five years old. 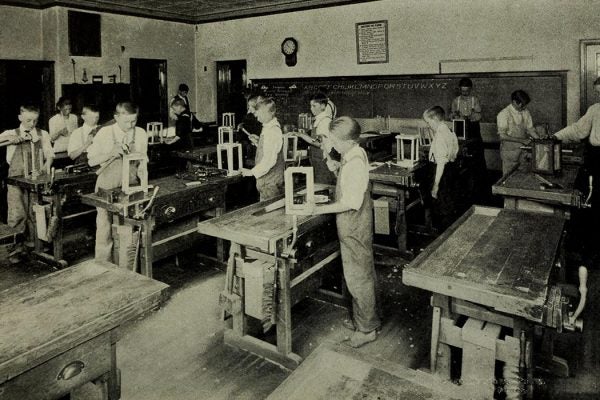 A historical survey of early 20th century teaching finds students being taught their place in the socioeconomic system.