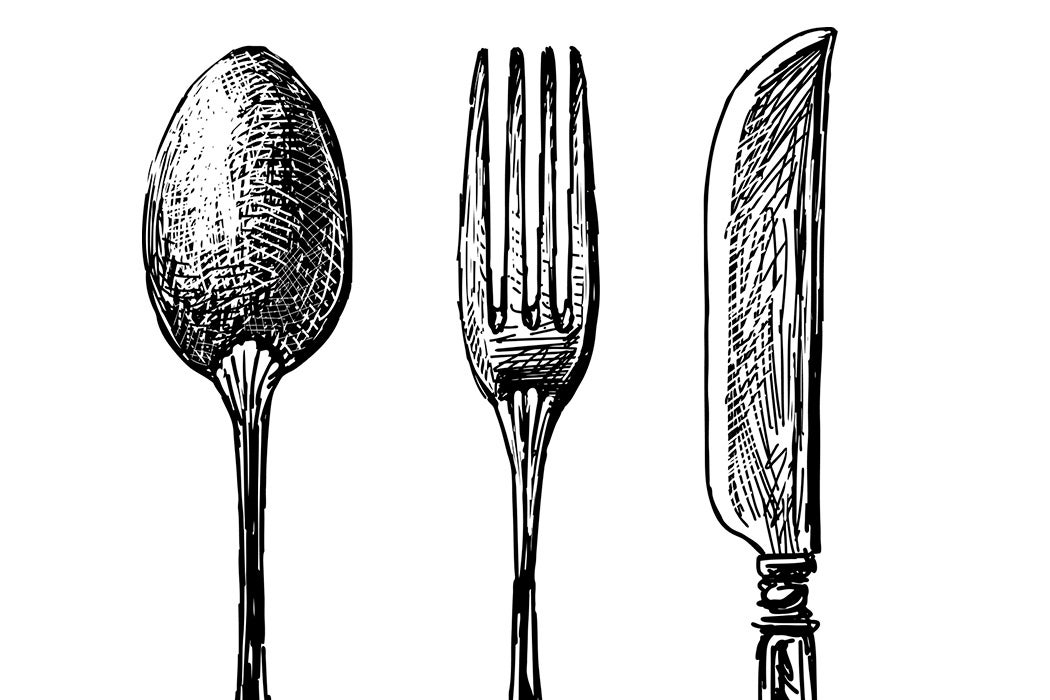 “The use of an object determines its basic form.” A trip through any mid-century home during the postwar years would reveal chairs, woodwork and consumer objects that took that directive seriously. That trip might also have revealed a booklet called Knife/Fork/Spoon.

Part mid-century manifesto, part design history, the booklet is all that remains of a now-forgotten exhibition of the same name. The exhibition, sponsored by Towle Silversmiths, appeared at Minnesota’s Walker Art Center in 1950 and 1951, featured 225 eating implements in what the museum called its “largest and most elaborate traveling exhibition.” Walker Art Center director Daniel S. Defenbacher wrote the catalog, which was lavishly illustrated and accompanied by everything from historical photos to jaunty mid-century graphic design artifacts.

A mid-century art exhibition traced silverware from prehistoric times to the 1950s.

Defenbacher, who had helped get community art included in the New Deal Federal Art Project a generation before, believed in the power of the everyday. He was the brain behind the Walker’s “Idea House,” a short-lived concept home showcasing modern innovations in architecture and design, before World War II. After the war, he expanded the concept with Idea House II, which showed off furniture by the future titans of mid-century design.

Knife/Fork/Spoon furthered Defenbacher’s thesis that “a man’s house is his art.” The exhibition and booklet tracked humans’ use of silverware, bouncing from history to functional analysis to psychological inquiry, pointing out “knives, forks and spoons have a split personality. They are at once our servants and our ambassadors….in reality the two personalities can be united without loss on either side.” Defenbacher and his colleagues collected artifacts ranging from the prehistoric era to the present day. “Apparently very primitive peoples use the knife merely as a scraper or cutter,” wrote Defenbacher. “…All peoples have had some form of spoon, but it is not actually known whether the first tool for picking up food to eat was a knife or skewer.” And forks, writes Defenbacher, developed from a pointed knife or spear in two directions: to a tined instrument or, alternatively, a chopstick. The exhibit shows that the spoon, on the other hand, predates knives and forks: “It exists in every age and culture in a wide variety of shapes.”

Defenbacher used silverware as a way to further his quintessentially mid-century design philosophy. He fought back against what he saw as the aesthetic pretension of yesteryear, when elaborate eating implements were used at lavish tables. “The esthetic idea of our time is based on the elimination of non-essentials,” he declared. “Forms and arrangements tend to reflect a concern with materials and a guarded use of ornamentation. Silver flatware TODAY should reflect those factors.”

Of course, upbeat, atomic age values of mid-century design were eventually replaced by other forms. “Other solutions may and will appear which will break the grip of centuries of repetition and poor design,” wrote Defenbacher. But it’s also a look back at a time when anything seemed possible…even a design revolution that literally rested in the hands of eaters. 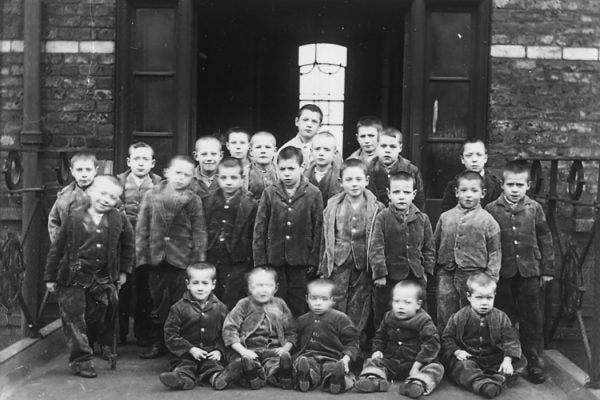 In a passionate set of tweets J.K. Rowling recently tackled the issue of so-called "voluntourism."