Where Do Finger Names Come From?

Our names for our fingers show a surprising depth of cultural variation—and similarity. 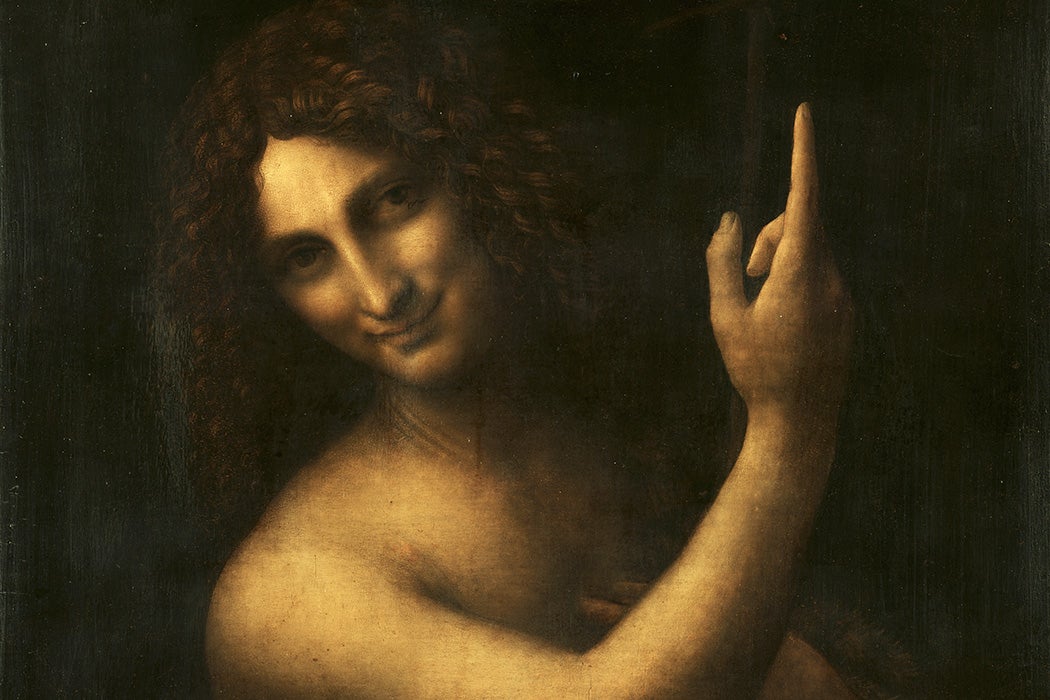 Most body parts come alone or in pairs. We have one nose, one tongue, and one navel. We sport two eyes, two knees, two feet, and so on. Fingers are a glaring exception—we’ve got a party of five on each side. This presents difficulties. When we want to single one out from the group—to specify which finger we slammed in the door, for instance—what do we do? We name them, naturally. But how?

This is a uniquely human problem. Pentadactyly—the condition of having five fingers—is pervasive in the biological world, but we are the only species that has the capacity (or occasion) to talk about those fingers. The problem is not just that we have five of them, but that they are so vexingly similar: they differ slightly in size and dexterity, but all have that pucker-knuckled, nail-capped look. How have people in different times and places solved this problem? How have they named the members of this confusable quintet? Answering this question offers a tour of the inventiveness of the human mind. 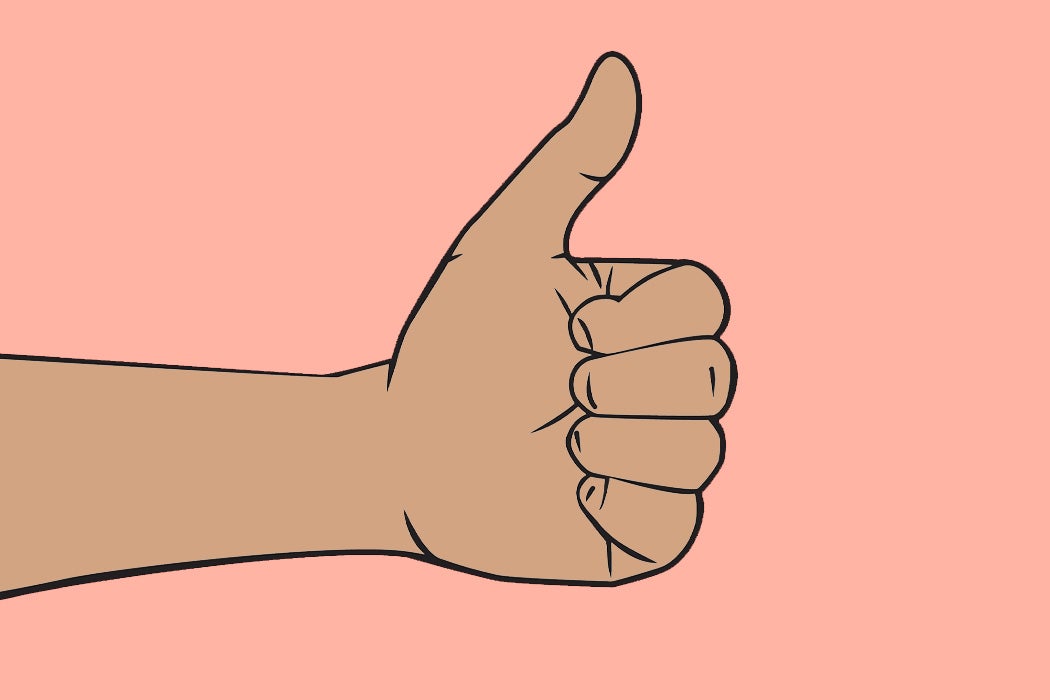 Consider first the thumb. Appearance is an especially common source of thumb names. The modern English word, for example, comes from an older word meaning “stout” or “thick.” Other languages highlight the fact that the thumb is powerful, despite its short stature. The Latin term for this member—pollex, still used in medical contexts —comes from a verb meaning “to be strong.” In Kurdish, these associations of compactness and strength come together in the label “ram finger.”

The case of “ram finger” hints at a broader pattern: we often see our fingers as animate beings, little agents with their own personalities. We thus often name them after animals or after human social roles. In some Native American languages, the thumb is called the “chief finger.” Elsewhere it is cast as a family member: the terms “mother,” “father,” “older brother,” or “grandfather finger” are all attested. Although scarce in Europe, labels that compare fingers to humans are common worldwide. One study found such names in a fifth of the 123 languages surveyed.

The thumb has attracted an array of other names. In Greek, it is known as “what is opposite the fingers.” In several Turkic languages, it is known as the “head finger.” In some parts of the Middle East and Mediterranean, the name for the thumb stems from an unsavory function that, thankfully, it no longer has to serve (much): the lice killer. 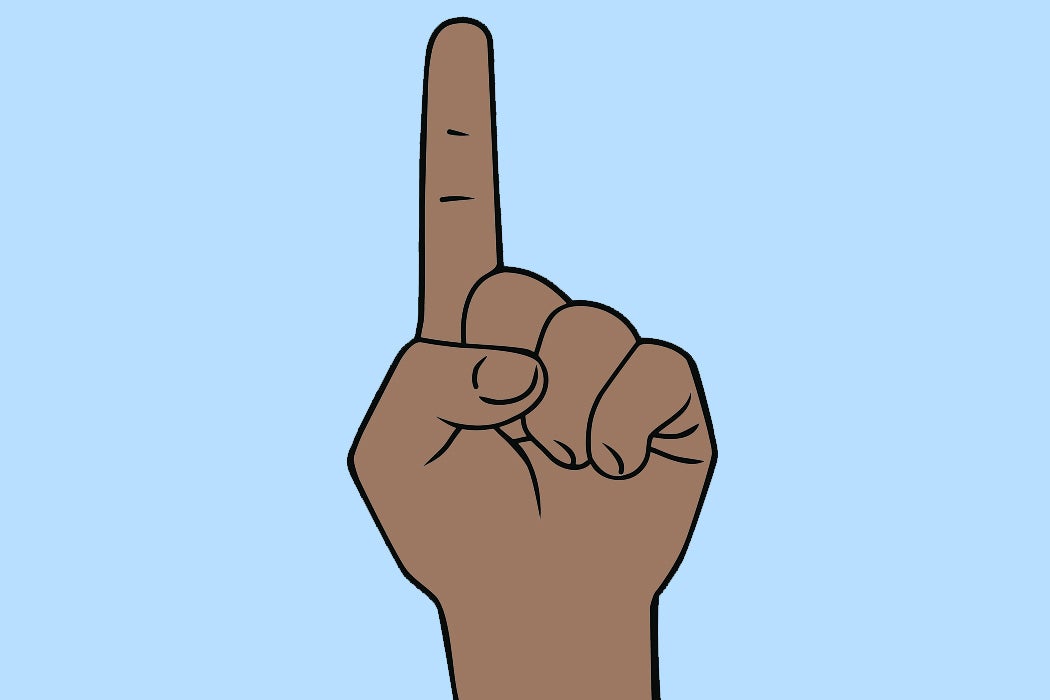 Up next: the index finger. This label comes from the finger’s use in pointing: the English word index is rooted in an earlier word meaning “to show.” Names that associate this finger with pointing can be found around the globe, but others come into play as well. English speakers also call it the forefinger because of its position as the first of the fingers proper, excluding the thumb. Medieval texts refer to it as the “greeter” and “teacher.” In Anglo-Saxon times, it was known as the “scythe finger,” for reasons that are murky, and as the “shooting finger,” because it was used to draw back a bowstring.

Around the world, the index finger is associated with other functions. In Iranian languages, it is considered the finger of beckoning, cursing, and protecting. It is also known as the “prayer finger” or “testimony finger”—the label in modern Turkish—because of its use in the Muslim practice of shahada, or profession of faith. One of its most colorful nicknames was based on its penchant for swiping up sauces: the “pot licker.” 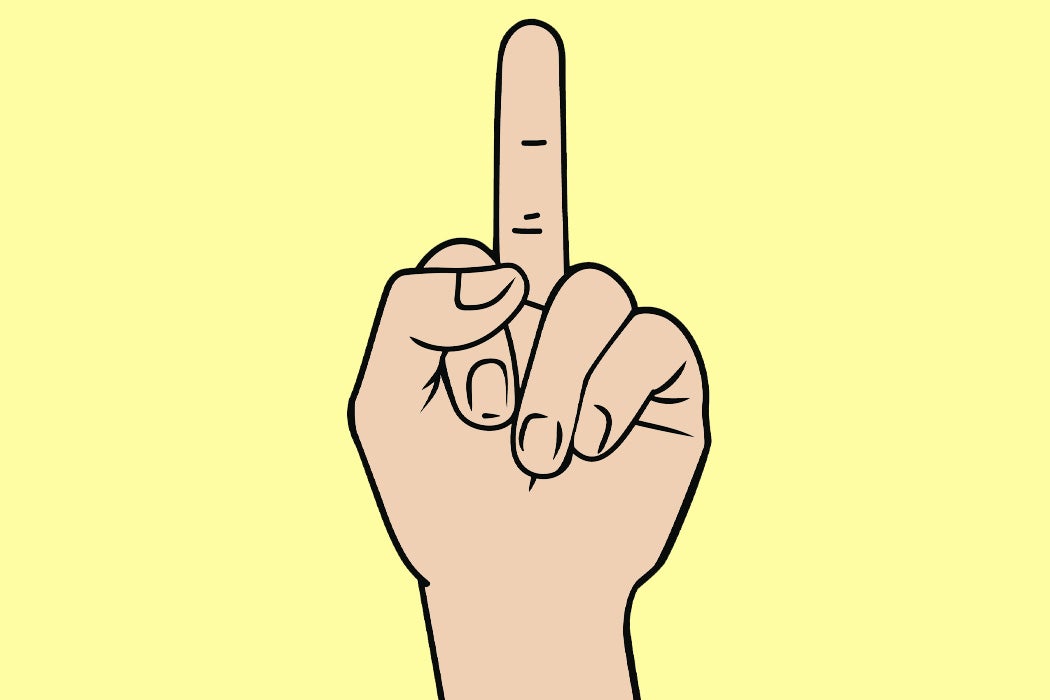 Next up: the middle finger. English is not the only language to name this finger for its central position—the “half-way finger” is another example. Some embellish the idea: in Choctaw, it is known as the “middle son,” and in some Turkic languages, it is dubbed the “middle poplar,” evoking the image of the fingers as a stand of trees. Another salient aspect of this middlemost finger is, of course, its length. So we find monikers like the “long finger” or “tall finger,” and colorful variants like the “high grass” or “tall Turk.”

In Latin, the middle finger was known as the digitus impudicus or obscenus—that is, the shameless or lewd finger. Some suggest these terms were due to its use in one of our crudest gestures, but a deeper reason may lie in its appearance. The middle finger, when extended and flanked on either side, is said to resemble a penis and testicles. This phallic form is, in fact, what motivated the gesture in the first place. Another explanation for the lewdness, as one observer notes, is that this is the digit often used to stimulate the female genitals. 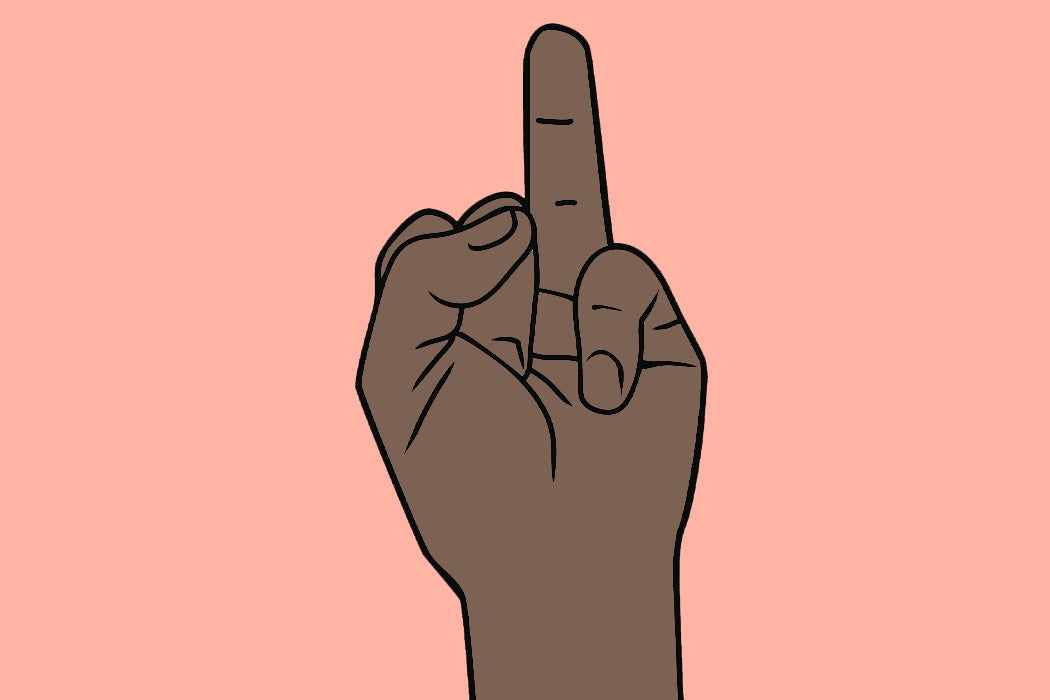 Fourth in line: the ring finger. Everyone will recognize the origins of this nickname in modern ring-wearing practices. But not all are aware of the deeper history behind this tradition. According to medieval belief, a nerve or artery ran from the ring finger to the heart. This notion led people to don rings on this digit. It also gave the finger a prominent role in medical lore and practice. Doctors would use the ring finger when applying treatments, for example. Such associations inspired the terms “doctor finger,” “healing finger,” “heart finger,” and “leech finger”—the last because leech was another word for physician.

The term “ring finger” is now found around the globe. But another, somewhat paradoxical name is also popular: the “nameless finger.” This label was once used in parts of Europe, leading Wilhelm Grimm, of fairy tale fame, to speculate about its origins. One of his ideas was that the name alludes to this digit’s squeaky-clean reputation, in contrast to that of its lewd neighbor. Another was that, because of the finger’s quasi-mystical uses in healing, some dared not speak its name.

A simpler explanation may be in order, however. This same paradoxical label is found in Native American languages and in Chinese, making it unlikely that it stems from cultural beliefs peculiar to Europe. Rather, the nameless-ness of this finger may be due to its utter unremarkability. Sandwiched between more distinctive fingers, and not particularly useful, the ring finger is—let’s face it—the forgettable also-ran of the bunch. 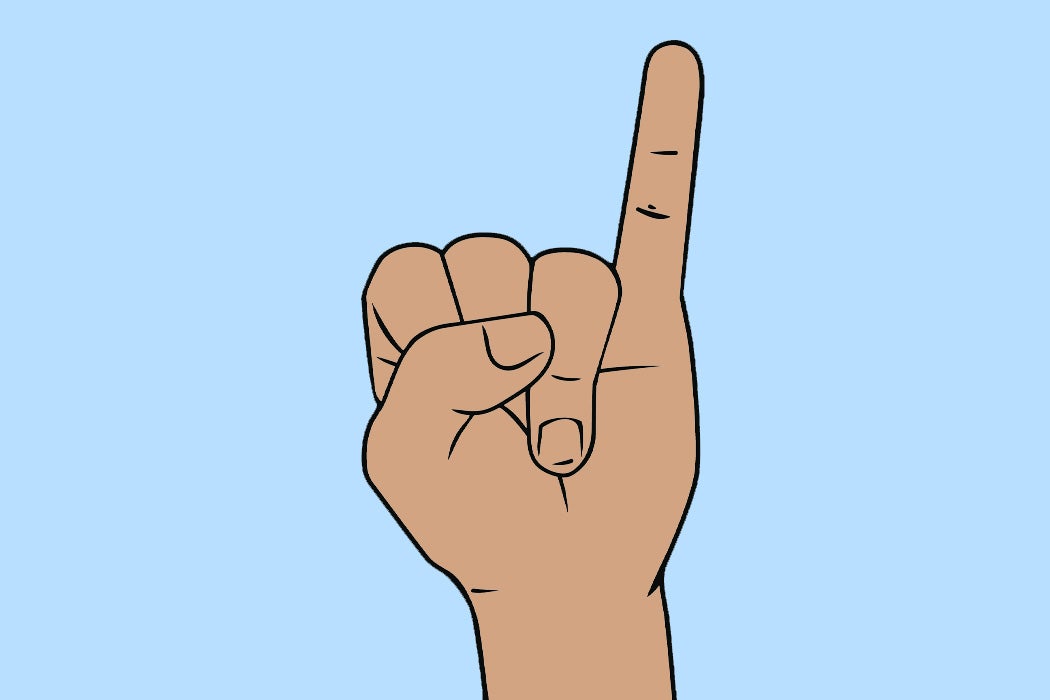 Littlest but not least: the pinky. Appearances aside, the English word has nothing to do with the color pink—rather, it was borrowed from Dutch. The deeper origins of the word are debated, but it may have stuck around because it bears a suffix (“-y”) often used in English for small, endearing things. The pinky is, after all, the loveable runt of the hand.

A fixation on the size of this digit is found the world over. It is variously called the “baby,” “youngest child,” or “last-born daughter.” In Turkish, it is known as the “sparrow finger,” after the distinctively diminutive bird. A related idea is that this finger is a bit of a straggler. In some places, it is known as the “orphan” or “behind” finger.

Frankly, the little finger does not do a whole lot. Terms based on its functions are thus somewhat scarce. One exception is found in Latin, where the pinky was labeled the auricularis—that is, the “ear finger.” This aural association, still found in modern French, is due to what is perhaps this finger’s most noteworthy talent: wax removal.

These solutions to the finger-naming problem showcase the human mind at work—and at play. In language after language, digits are named for their appearance, position, and size. They are likened to birds, dogs, and sheep, compared to chiefs, children, parents, and grandparents. They are recognized for their roles in praying, hunting, healing, cursing, licking pots, and squashing pests. Surveying this colorful compendium, we find, on the one hand, unexpected patterns and, on the other, delightful diversity.

Is this diversity a thing of the past? Is the finger-naming problem solved once and for all? There are some signs that digital nomenclature is, like much else, headed toward global homogeneity. But the matter is hardly settled. We keep finding new uses for our hands, which could inspire new names. Cultures are constantly changing and forging new associations. This curious corner of human communication will continue to bear the hallmarks of our species’ inventiveness. Or so we can hope. 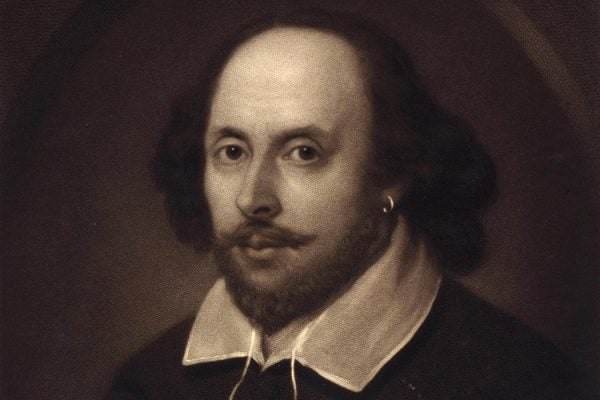 Linguistic Anarchy! It’s all Pun and Games Until Somebody Loses a Sign

The pun is in an interesting bind: it is both ubiquitous and reviled. We try to understand why.