Where Did Zip Codes Come From?

How a plan for getting the mail delivered faster allowed targeted marketing to grow. 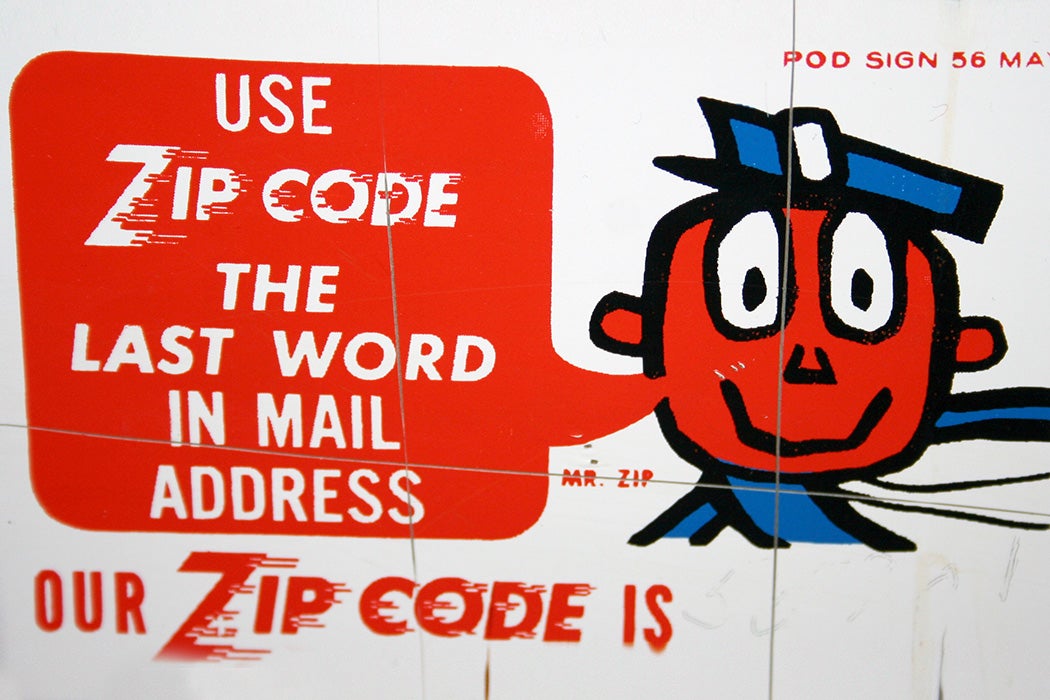 The massively successful 1990s Fox Television drama Beverly Hills 90210 followed the exploits of teens who were clustered in the wealthiest zip code in Southern California. It is telling that those numbers in the show’s title never had to be explained. We have assimilated the idea that individual zip codes have their own types of inhabitants. How did this happen?

When the U.S. Post Office formally instituted the zip code on July 1, 1963, it was billed as a way to expedite the movement of mail across a vast continent. The zip code—an acronym for Zoning Improvement Program—had its roots during World War II, according to geographer Gregory Smith. As regular postal deliverers went off to war, their replacements were given a series of codes to identity addresses, as they were unlikely to have the institutional memory for locations that regular mail deliverers had learned.

After the war, a booming American economy meant that the postal service was swamped. Where 30 billion pieces of mail moved each year during the Depression, it was more than 80 billion by the 1960s, Smith found. Luce, the publisher of Time and Life magazines, put out 750 million pieces of mail per year, all directed to what was just 33,000 post offices across the country. Looking to handle the volume, U.S. postal officials sought to emulate a West German coding system.

The zip code helped transform mail movement away from antiquated railroad scheduling into the new world of truck and airplane transportation, with many of the sorting stations moved from downtown depots to facilities near interstates and airports.

Not everyone was happy. Some saw the zip code as depersonalizing and technocratic, relying on a numbering system instead of the names of familiar counties and states. Smith quotes a commentator in the New Yorker writing: “We have been weighing the pros and cons of the government’s seeming intention of neatly doing away with the bother of neighborhoods, towns, cities and even states.” Still, by 1967, 65 percent of all mail delivered had zip codes.

Soon, other uses for zip codes emerged, not all of them exactly savory. As those five digits marked off populations, insurance companies and banks used them to set rates and determine who was creditworthy. Marketers discovered that zip codes segmented communities and therefore were a godsend, because they could target their products to particular kinds of consumers. Marketing expert Dik Warren Twedt declared that the zip code far surpassed designations such as counties, which, because of their diverse compositions, were too broad to segment a particular audience.

While zip codes helped businesses target audiences and improved post office efficiency, they never proved to be a windfall for the U.S. Postal Service itself, which bore the costs of implementing a change with widespread benefits for the wider economy and the postal public.

The Functional Basis of the Zip Code and Sectional Center System
By: Gregory Smith
Yearbook of the Association of Pacific Coast Geographers, Vol. 29 (1967), pp. 97-109
University of Hawai'i Press
Toward a Single System of Standard Geographic Units
By: Dik Warren Twedt
Journal of Marketing, Vol. 32, No. 3 (Jul., 1968), pp. 71-73
Sage Publications, Inc. on behalf of American Marketing Association