When Shoes Were Fit with X-Rays

Fluoroscopes were used in shoe stores from the mid-1920s to 1950s in North America and Europe — even though the radiation risks of x-rays were well-known. In a 1957 issue of The British Medical Journal, H. Kopp of Copenhagen’s Finsen Institute described the curious case of a woman with severe pain and skin damage on her right leg and foot. “The clinical picture was one of typical x-ray dermatitis, but the patient’s feet had allegedly never been submitted to radiation treatment or to x-ray examination,” Kopp wrote. “On inquiring for other possible chances of exposure to radiation we were informed that the patient had been occupied for about 10 years in a shoe shop where a shoe-fitting fluoroscope was used.”

The woman operated this machine between fifteen and twenty times a day. Its x-ray imaging, used to visualize a shoe’s fit, had given her large doses of radiation, particularly on her right side, which was closest to the opening for a customer’s foot. “Owing to the great danger involved by the use of shoe-fitting fluoroscopes there is reason to examine whether correct measuring and trying on do not fulfill the requirements of exact fitting of shoes, so that these fluoroscopes might be prohibited,” Kopp concludes. Kopp was not the first or last to question the ubiquity of fluoroscopes in shoe stores from the mid-1920s to 1950s in North America and Europe.

As a 1937 advertisement from the Pedoscope Company declared: “You press a button and prove you are right.”

There was widespread enthusiasm for the x-ray, discovered by Wilhelm Röntgen in 1895, with early applications ranging from medical imaging to carnival entertainment. As medical historian Jacalyn Duffin and radiation oncologist Charles R. R. Hayter explore in Isis, the shoe-fitting machine tapped into post-World War I consumerism. Duffin and Hayter write:

It entered a well-established culture of shoe-selling hucksterism that relied on scientific rhetoric; it took advantage of the woman client newly accustomed to the electrification of her home and the patter of experts’ advice about ‘scientific motherhood’; it neatly sidestepped the thorny problem of truth in advertising that became an issue in the interwar years; and it enticed thrill-seeking children into shops where salesmen could work their magic.

From the beginning, it was no secret that the fluoroscopes’ novelty—with the skeletal reveal of the foot shown through three viewfinders, one for the seller, another for the parent, and a third for the wearer—was a marketing tactic. Dr. Jacob J. Lowe, granted a patent in 1927 for his shoe-fitting fluoroscope, stated that with his device “a shoe merchant can positively assure his customers that they never need wear ill-fitting boots and shoes; that parents can visually assure themselves as to whether they are buying shoes for their boys and girls which will not injure and deform the sensitive bone joints.” In other words, it was a device to confirm what the seller had already selected. As a 1937 advertisement from the Pedoscope Company declared: “You press a button and prove you are right.”

They were designed to look like furniture, not medical objects. One on view at Chicago’s International Museum of Surgical Science has floral cut-outs in its wooden cabinet, giving it the look of an heirloom chest.

“Like an altar to commerce, it became a featured part of the decor in high-class stores, situated on a specially lit and often elevated ‘fitting platform’ above, beside, or at the back of a shop,” Duffin and Hayter relate. “Whether in a traditional mahogany finish or Art Deco shapes and colors, the design responded to the demands of interior decorating.”

Irregular maintenance, regularity of use, and limited design improvements such as timers, meant the danger to workers and consumers was real. Radiation risks were known—in 1904, Thomas Edison’s assistant in studying x-rays, Clarence Madison Dally, died from exposure. Nevertheless, regulations on the shoe-fitting machines were slow. In The Sanitarian, three New York sanitarians estimated that in 1946-47 there were about 300 machines in use in the state. “During this survey, it was observed that many machines appeared to be poorly placed, allowing radiation escaping from the machines to affect persons nearby; to have insufficient safeguarding to prevent unauthorized use; to permit repeated exposure to feet of patrons; to lack of warning signs, and to show evidence of poor repair work,” they stated.

Finally in 1957, Pennsylvania became the first state to ban their use. Other states soon followed. “Shoe-fitting fluoroscopes were welcome additions to the retail landscape when they were perceived to offer effective advertising for quality shoes,” Duffin and Hayter write. “As soon as they were thought to do more commercial harm than good by keeping well-informed would-be customers out of shops, they disappeared.” 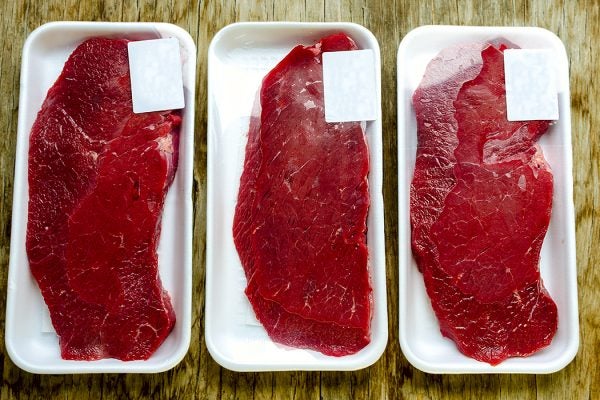