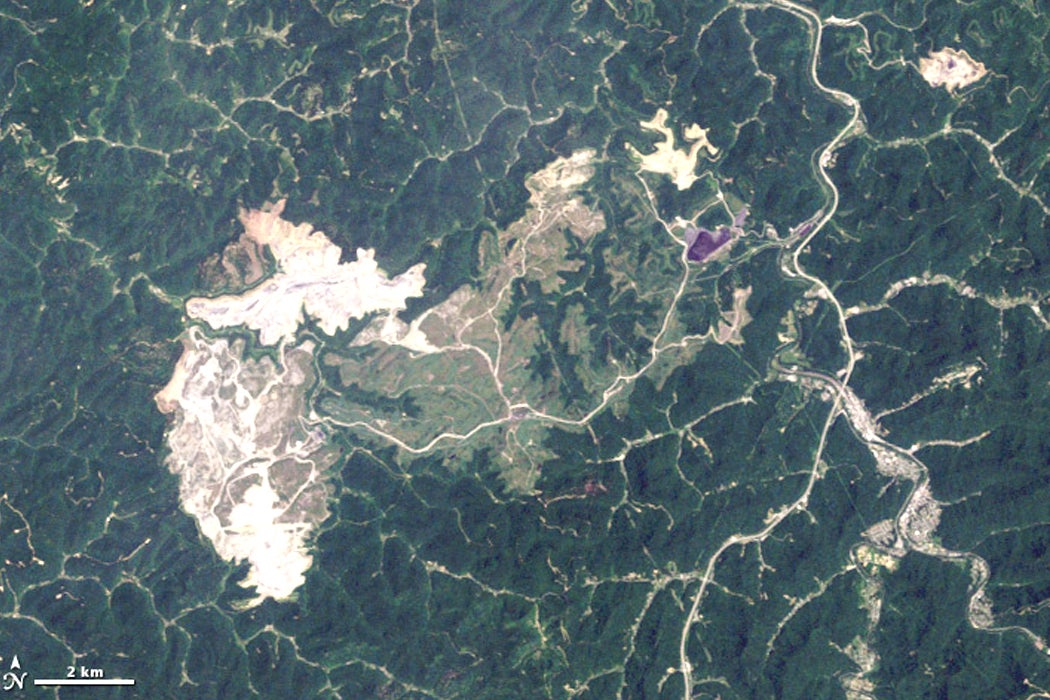 The Hobet mine in West Virginia taken by NASA LANDSAT in 2009
Wikimedia
By: Matthew Wills
3 minutes
Share Tweet Email Print

Mountain top removal (MTR) mining has transformed the landscape of Appalachia, making gorges where mountains once were. MTR is a form of surface mining that extracts coal from mountain summits and ridges. The non-coal part of the mountain, referred to as “overburden,” is bulldozed into neighboring valleys. Sociologists James N. Maples and Elizabeth A. East describe MTR as “total ecosystem destruction.” Certainly the practice has tremendous environmental costs, particularly in terms of poisoning local water sources, flooding, and as the coal is burned, global warming. But as Maples and East reveal, MTR also has a cultural cost: this kind of mining erases the history of the region by destroying historic mountain cemeteries.

As the authors explain, cemeteries are much more than repositories for the dead. They fulfill many purposes, chief among them remembrance and “fulfilling a sense of permanency in our otherwise brief lives.” They are also places of family, community, and cultural connections, a kind of symbolic citizenship of one’s ancestors. Cemeteries provide vital snapshots of their time and place, “sources of demographic, cultural, and historical data.” As a result, “our society grants cemeteries special privileges by simply leaving them be.”

Mountains were considered to be good places for cemeteries because they were believed to be closer to heaven.

Maples and East surveyed threatened cemeteries in Boone, Kanawha, and Raleigh counties, and found that the historic mountain cemeteries of West Virginia represent a familial and communal form of burial that is largely unknown today. Most cemeteries today are private “perpetual care” businesses: you pay for space and maintenance of the grounds. The old mountain cemeteries studied by Maples and East were on family or community property and the responsibility of family and community members.

“Historically, Appalachians intentionally placed cemeteries on mountaintops or deep in the forests, places distant from the local population” so that development would not disturb the dead. Mountains were considered to be good places for cemeteries because they were believed to be closer to heaven. Unlike professional cemeteries, these cemeteries were not fenced or gated. Their locations were embedded in local memory. “The presence of the cemetery in the collective memory also, in many cases, removed the need for formal headstones” since family knew the locations and names of each grave.

Occasionally, cemeteries threatened with development have been moved. For instance, on the grand scale, the Tennessee Valley Authority relocated over 20,000 graves before flooding the valley. But that was a government agency. An extraction economy isn’t particularly interested in paying for grave relocation, particularly when next of kin may be impossible to track down.

Ironically, even cemeteries in abandoned coal camps are under threat. Yet as the authors note, there’s “an overwhelming sense” amongst the residents of Appalachia and the general public that there are few advocates for historic mountain cemeteries. They note the sentiment that dead “bodies and symbolic members of the community must step aside and welcome new development.”

As Maples and East put it, “Appalachia has been treated as an environmental sacrifice zone for some time, so expanding this sacrifice to cemeteries is not surprising.” They  argue for more surveys and protection of these historic mountain cemeteries, asking whether the “value of coal” should always take precedence over people. 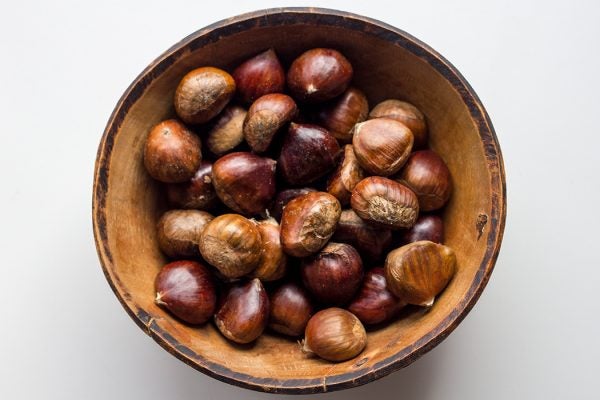 When Chestnuts Were an Everyday Food

Even if you haven't actually roasted chestnuts on an open fire, you probably associate them with winter. But once they were a common year-round food.