When Endangered Wildlife Gets Inbred

The endangered eastern lowland gorilla populations are now so small that the species is facing a new threat: loss of genetic diversity. 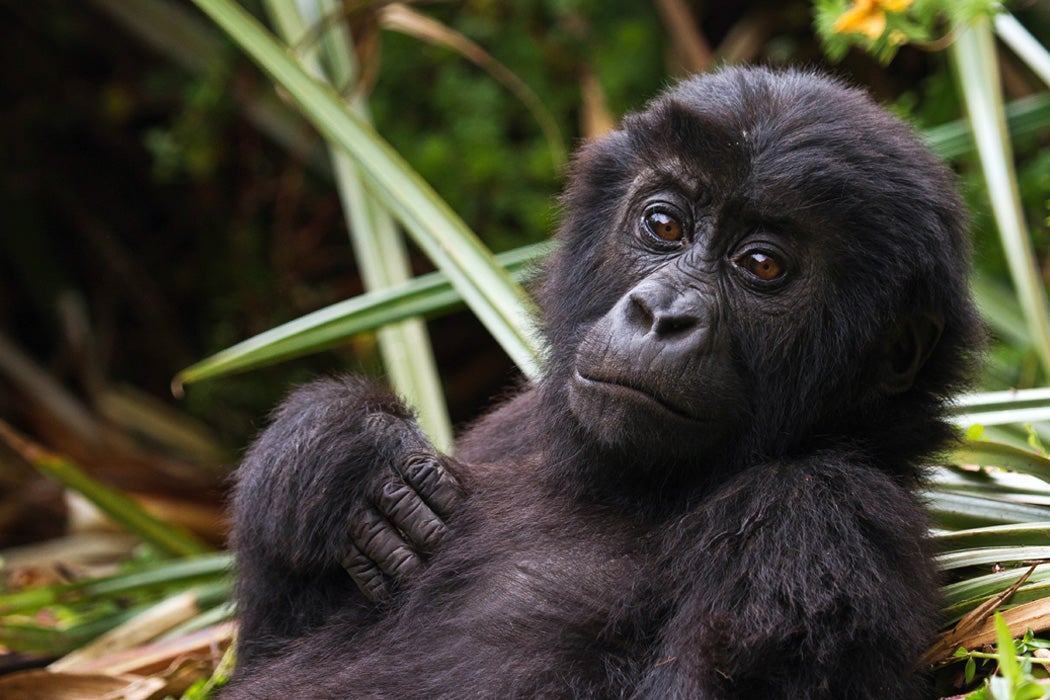 Gorillas can’t catch a break. Beset with habitat loss, poaching, political instability, and other threats, populations have plummeted. Now isolated in small populations, some eastern lowland gorillas are facing a new threat: loss of genetic diversity. As a population shrinks, the gene pool often shrinks as well. If the drop is severe enough, inbreeding may even threaten the survival of the species.

The decline in a population’s ability to survive through inbreeding is called inbreeding depression. But as discussed by biologists Philip Hedrick and Steven Kalinowski in Annual Reviews, inbreeding depression takes on different forms under different circumstances. Its impact on survival is not easily generalized. For a long-lived species such as gorillas, the overall impacts of inbreeding might take decades to manifest and are difficult to study.

Inbreeding is often studied in the lab using organisms like Drosophila (fruit flies), where a small population can be bred and examined over multiple generations. In such studies, as inbreeding increases, harmful mutations typically become more and more concentrated in the population through a process called unmasking, risking the population’s overall fitness. As a population becomes increasingly smaller and more inbred, harmful genetic conditions become more common.

Of course, genes do not operate in isolation. The interaction between genes and the environment is crucial. In some cases this might make inbreeding depression a moot point for endangered species, as external threats such as habitat loss may threaten extinction before inbreeding depression takes too much of a toll. Unfortunately, highly threatened species commonly live in stressful environments. In other words, their real world situation may be worse than models predict, and inbred populations face an even lower probability of survival than healthy populations.

Each gene has different variants, called alleles, that arise through mutation. One allele of a gene may confer a benefit, but a different allele of that same gene may cause harm. In a bottleneck, most of the various alleles, including the harmful ones, are uncommon. Sometimes a deadly allele is unmasked and manifests in an individual, killing that individual or preventing reproduction. Since the harmful allele is rare to begin with, that outcome removes those harmful alleles from the population. In such cases, inbreeding speeds up the loss of dangerous alleles, which may at least temporarily be beneficial. On the other hand, alleles that are harmful but not devastating are easily fixed in small populations, insidiously reducing fitness over time.

The good news is that sometimes inbreeding can be mitigated or even reversed by careful introduction of genes. This might mean reintroduction of captive-bred individuals, or selective transfer between isolated groups. Such actions themselves come with risks, but if inbreeding is dire enough, drastic action may be necessary. 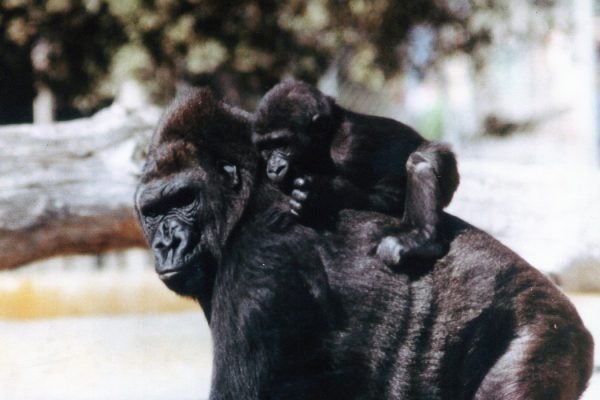 The jury is still out on whether or not Koko's signing skills proved that apes can learn language. But we certainly learned a lot from the famous gorilla.