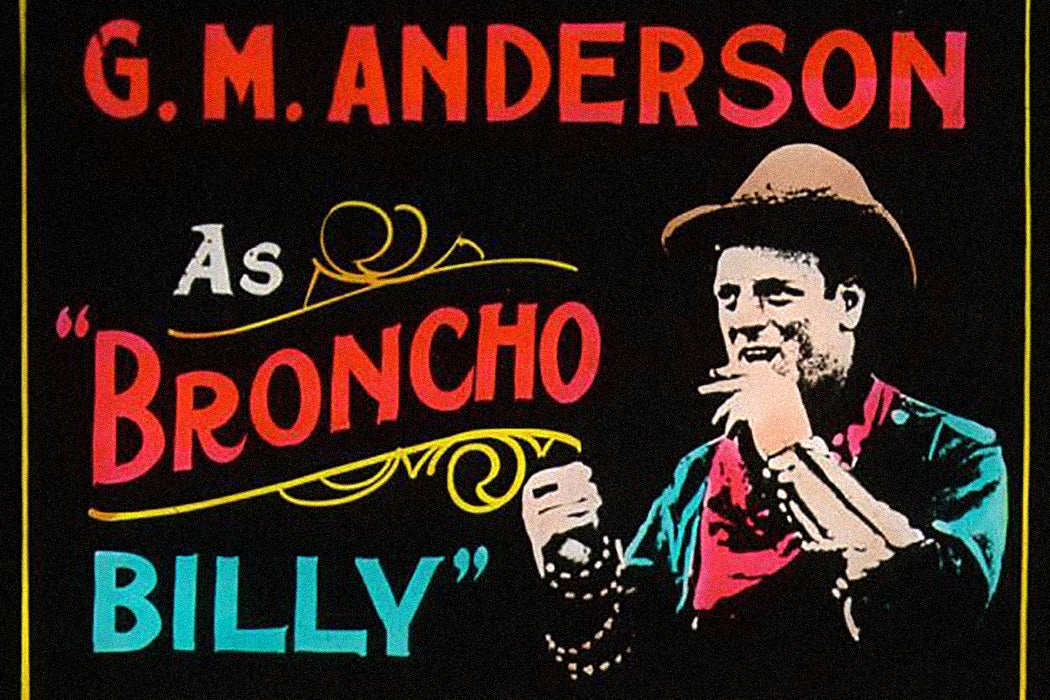 In the early days of movies, before nickelodeons were supplanted with picture palaces, film fans were mostly male. In the 1910s, however, the movie industry increasingly courted female fans. By 1925, the American film audience was about 75 percent female, and the clichéd image of a fan was a starstruck young woman. So what happened to the boys?

Scholar Courtney Andree explores the shift through an examination of Essanay Studio’s popular Broncho Billy serial, made between 1908–1915. The star of the series was Gilbert M. Anderson, who was so associated with the role that he was often known as “Broncho Billy Anderson.” He also co-owned the studio with George K. Spoor.

Essanay (“S. and A.”) was one of the first studios to actively publicize its stars, and Anderson was the first “cowboy” movie star. His company’s publicity arm was cranking faster than a cameraman’s by 1911. Early press materials encouraged male fans to visit Essanay Studios in Chicago, Illinois, and Niles, California. “Fascination led to desire, desire led to inquiry, inquiry led to a job, and a job to a position as an actor,” ran one piece of publicity about one of the resulting off-the-street hires.

Public relations also worked to established Anderson’s bona fides as a real cowboy, merging the character and the actor. Broncho Billy was even marketed as good for children.

None of this lasted, however. By 1913, publicity was turning its attention to female fans with advertisements in, and tie-ins with, ladies’ magazines. The studio also sponsored beauty contests, including a nation-wide one for unmarried female telephone operators in 1914. Things changed on-screen too: Anderson got a female costar, Marguerite Clayton, who was touted for doing her own stunts and taking the same risks Anderson did for authenticity’s sake. Her character even saved Broncho Billy from the bad guy on occasion. The studio’s publicity department invited Movie Pictorial and Motion Picture magazines to the hiring department for features on “extras”—at least the female ones. Amateurs could still become stars, as long as they were “girls.”

Meanwhile, the overzealousness, immaturity, and unreality of some male fans were already being mocked by Essanay and other studios. And there were no longer open studio doors for aspiring male actors. Boys and young men who showed up, sometimes with diplomas from dubious acting schools, were turned away as “dupes.”

When a murder by a young man supposedly inspired by Broncho Billy made national news, efforts were made to distance Anderson from his character.

“I don’t mind the kids, but it is tiresome to have grown men come up to and try to talk to me just because they have seen me in the pictures,” said Anderson in a widely syndicated press release of 1913. “I never carried a gun in my life outside of the films and I’d run out of my shoes if there was any real shooting going on.”

Other acts of violence male fans caused “anxieties over feeble-mindedness, mental illness, juvenile delinquency, and adolescent violence,” notes Andree. Efforts to censor the movies and enforce religious moral values on the industry added to the pathologizing of the male fan. Explains Andree,

“Film studios, lawmakers, psychologists, educators, and socials reformers […] worked to establish the image of the male fan as an aberrant and unpredictable force—a force that needed to be neutralized and taught to respect the dividing line not only between film fantasy and the realities of everyday life but also between potentially harmless childhood idolization and violent, adult imitation.”

Debates raged about the cinema’s influence on the “abnormal” or “subnormal” mind, and the connections between on-screen violence and real-life violence. (Broncho Billy Anderson would be blamed for inspiring bad behavior even after he left the business.)

A boy could be fan, but he was supposed to grow out it as he entered manhood. Otherwise, Andree writes, male fandom was linked to “forms of mental, emotional, and sexual aberrance.” For girls and women, “movieitis” may well have been obsessional, but it wasn’t construed as dangerous. That was the kind of fandom the studios wanted to see. 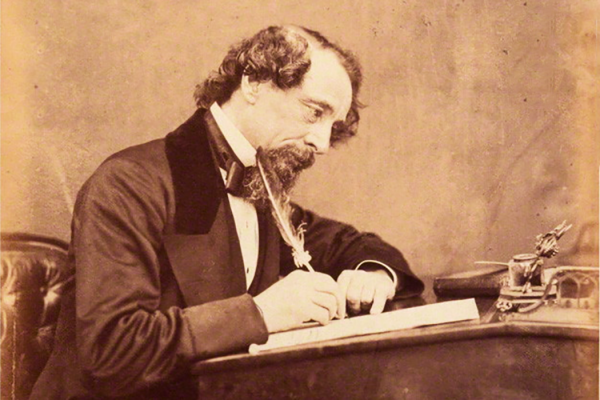 Charles Dickens and Fame vs. Celebrity

Many of our current celebrities are famous for being famous. Charles Dickens, the first self-made global media star, would've had a lot to say about this.