Funk music, floating cities, poetic prose, and a return to the classics. 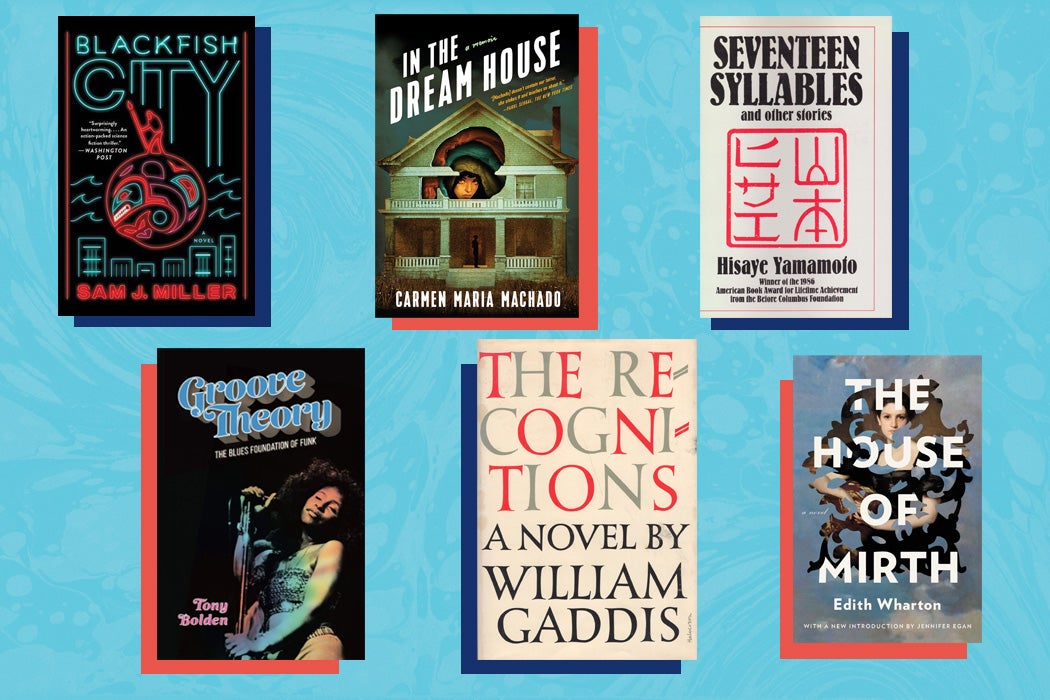 Ashawnta Jackson
In his book Groove Theory: The Blues Foundation of Funk, Tony Bolden explores the physical, aural, and spiritual roots of funk music. Drawing connections from jazz, literature, and political movements and thought, Bolden makes the case that funk isn’t just about music, but about a larger feeling and language in Black music and culture. He covers not just the history of funk music, but also devotes some chapters to artists like Sly Stone, Betty Davis, and Chaka Khan, weaving in how race, commercial pressures, and gender played a role in their musical legacies. The undercurrent of funk and funkiness—whether that’s defined as music, feeling, language, action, or simply a way a being— rests in the blues, Bolden explains: “the blues and funk are not just musical forms; they are interrelated concepts.”

For another look at how funk music played a role in Black life, “Language in Action: Funk Music as the Critical Voice of a Post–Civil Rights Movement Counterculture” by Kesha M. Morant takes a look at funk as protest music.

Livia Gerson
Blackfish City, by Sam J. Miller, is a fast-paced science-fiction adventure set on a floating city of the future. Its residents are refugees from around the world who have fled home in the face of flooding, war, and the fall of governments and civil societies. For readers, the bleak setting is a warning about the horrors of unchecked climate change, but for the characters, it’s just how things are. The youngest of them are annoyed with their elders’ nostalgia for the lost past.

The gap between the time scale of climate change and the one that governs our daily lives is the subject of a paper by environmental studies scholar Raphaella Mascia, published earlier this year in Consilience. Mascia looks at the perspectives of some of the people most threatened by climate change today in Alaska and the Maldives. In contrast to many official narratives, they don’t see themselves as doomed creatures living in a moment of apocalyptic collapse. Like Miller’s characters, they’re just trying to navigate daily life and make a future for themselves in the only world they know.

Matthew Wills
This fall I’ve been reading William Gaddis’s first two novels, The Recognitions and JR, recently reissued in paperback. Gaddis has a reputation as an author of “difficult”-to-read books, which is definitely overstated, but it does mean that his astonishing sense of humor is often lost in the cloud of hearsay. As author Rick Moody puts it in a portfolio of comments about Gaddis published five years after his death, “we lost one of the very few American writers who could produce genuine comedy without sacrificing literary values.”

Erin Blakemore
This year has been rough on my reading, but recently I suddenly began reading ALL OF THE EDITH WHARTON, and I do mean all. I’m not through yet, but I’ve already found some great supplemental information on JSTOR, like this awesome article about the “conspicuous wasting” of The House of Mirth‘s Lily Bart, by Ruth Bernard Yeazell. She ties the heroine’s fall to her inability to find her place in a society consumed by consumption, and highlights the frantic work behind the lazy, leisured lady that Lily tries to project. I already appreciated Wharton, but Yeazell’s deft comparison of the author to Thorstein Veblen, the socio-economist who invented the term “conspicuous consumption” and was one of the Gilded Age’s most astute critics, made me relish her words even more.

Allison Miller
I pulled Hisaye Yamamoto’s collection Seventeen Syllables and Other Stories (ed. King-Kok Cheung) from my shelf after a long fall reading season full of Big Books by Important Authors. I originally picked it up secondhand in Los Angeles—one of the points where thousands of Japanese Americans were essentially rounded up and incarcerated for the duration of World War II, under President Franklin D. Roosevelt’s Executive Order 9066. Born in 1921, Yamamoto was already an inveterate reader and writer when she was interned in Poston, Arizona, and after the war had a long, award-winning career. Yet I hadn’t cracked the book.

I’m glad I finally did. The story “Seventeen Syllables,” Yamamoto’s most famous, shook me. I guessed from the title that it was about haiku, but just like that form of extreme poetic economy, the story packs observations about family, generations, gender, race, beauty, and violence into prose as deceptively neat as the rows of tomatoes the protagonist’s family picks for a living. There is a great deal of scholarship on Yamamoto available on JSTOR, and I’m starting with Naoko Sugiyama’s “Isei Mother’s Silence, Nisei Daughter’s Stories: The Short Fiction of Hisaye Yamamoto,” which offers a perceptive analysis of the end of “Seventeen Syllables” and promises more insights the further I get into the collection.

Catherine Halley
In my mind, you can feel the best books in your body long after you’ve left the plot or the ideas behind. Call these books poetry-adjacent. Fred Moten’s Black and Blur from his trilogy “to consent not to be a single being” is one of those, and I recommend it for those who admire theoretical virtuosity and prose that feels improvisational. The trilogy is on JSTOR, but Moten—who was once my teacher—is also a wonderful talker and these interviews in BOMB and Callaloo give you a sense of his voice, how he starts simple and gets increasingly complex.

The other two books I’m reading have also hit me at a somatic level. Raven Leilani’s debut novel, Luster brought me back to life. What a word, “luster.” So close to “lust,” which is precisely the point. No surprise, then, to find two poems by Leilani in Columbia: A Journal of Literature and Art—“Monticello” and “Nicotine.” And finally, Carmen Maria Machado’s perfect memoir, In the Dream House. Machado’s use of repetition and release captures the claustrophobic experience of living in and finally escaping an abusive relationship. “The Old Women Who Were Skinned,” published recently in Fairy Tale Review explores similar themese of constraint and freedom. 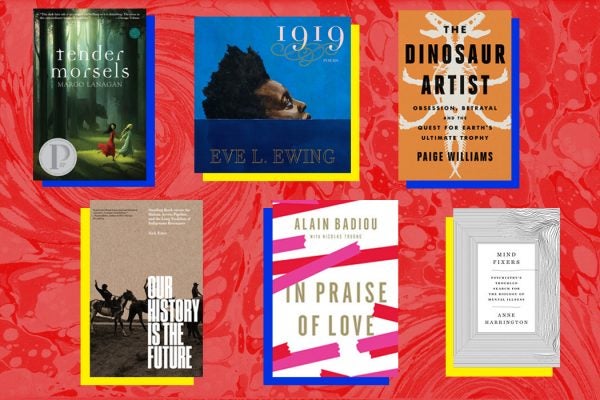 The history of Native resistance, the philosophy of love, the medicalization of madness, color in fairy tales, and dinosaur bones.