What Was the Zanj Rebellion? 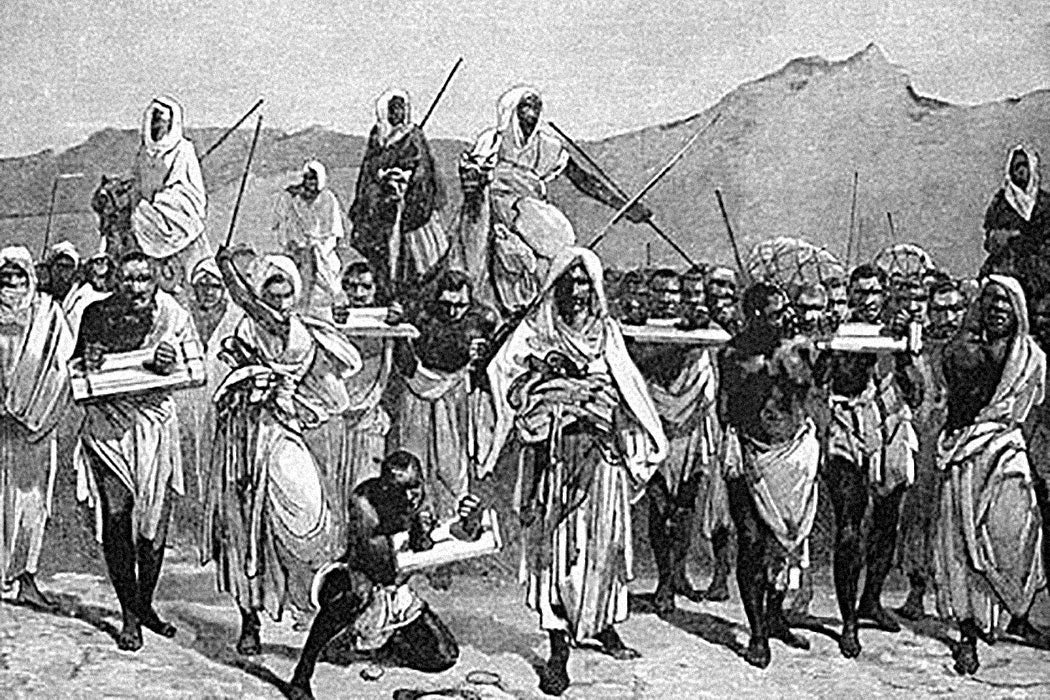 The Zanj rebellion of Black slaves, which took place in lower Iraq from 868 to 883 CE, is one of the remarkable episodes of Medieval Islamic history that often goes untold. Much of what we know about the rebellion comes from the historical works of Al-Tabari (Annals of Prophets and Kings) and Al Mas’udi Murudj al-Dahab.

According to these accounts, in about 869 CE, Ali bin Muhammad, a slave-descended Arab, journeyed into the slave quarters in the marshlands East to Basrah, where Black slaves were employed by large landowners to dig away at the nitrous surface soil, reclaiming the land beneath it for future sugarcane cultivation. It was exacting work, and the slaves were expected to obtain saltpetre from the upper layers of the soil for their master’s profit. Their well-being was often neglected and their oppression was gruesome. Al-Tabari recounts that Ali received an audience among these slaves by claiming that he was an agent acting on behalf of a Caliph’s son. Having already amassed a following on previous journeys, he began ambushing the establishments of rich landowners and capturing their slaves. He also captured the slaveowners and brought them along in his raids.

According to Al-Tabari, after he’d gathered all of the slaveowners in one location, Ali castigated them in front of their own slaves. He sought to win the consent of the slaves, and the slaves themselves must have been awestruck by how much their lives had been turned upside down. “I wanted to behead you all, for the way you have treated these slaves, with arrogance and coercion… In ways that Allah has forbidden,” he said.

“Turn them over to us and let us pay you compensation for them,” the slave owners responded after telling him that the slaves were habitual runaways who would betray him anyways. “Ali ordered their slaves to bring whips of palm branches and, while their masters and agents were prostrated on the ground, each one was given five hundred lashes.”

Thus began a rebellion that would last fifteen years and seize whole cities, build its own city (Al-Mukhtara, Al-Mani’ah), print its own currency, and control its own polities. Ali amassed his own mini-dynasty using the method he developed in Basrah. The rebellion led to the deaths of tens of thousands, and wrought “the most vicious and brutal uprising of the many disturbances plaguing the Abbasid central authorities” in the ninth century, to use the words of Nigel Furlonge, principal of Ethical Culture at the Fieldston School in New York.

The rebellion was a complicated event that included what today we would call war crimes committed on all sides. Although still a point of scholarly contention, according to Professor Emeritas Ghada Talhami, of Lake Forest College, the vast majority of the participants were Black slaves of Nubian (present-day Sudan) and Ethiopian origin, though it is generally accepted that there were various lower-class peasant workers among their ranks.

Dozens of locals left the fold of their own sects and came to accept Ali bin Muhammad as a prophet of God when he began his journey to amass an army in 864.

Ali, the leader of the rebellion, who was detested by the historians of the time—they used epithets like “the enemy of God” and “the cursed one” to describe him—was most likely of Arab origin. According to contemporary historians, he hailed from the village of Verzenin, close to modern Tehran. Ali, the son of Muhammad, was somewhat of an enigma. Earlier in his career, his claim of being a descendant of Ali ibn Talib—a companion of the Prophet Mohammed and husband of his daughter Fatima—won him a following in present-day Eastern Saudi Arabia, among the Shiite minority that revered his alleged ancestor. Dozens of locals left the fold of their own sects and came to accept Ali bin Muhammad as a prophet of God when he began his journey to amass an army in 864.

Ali’s adventure took him further, closer to the capital in Lower Iraq, where he rallied slaves and lower-class workers and took up the slogan and symbolic imagery of the Kharijites, the dissident sect that betrayed his supposed ancestor Ali in the Battle of Siffin (657 CE). Following the Kharijites, Ali’s army believed that the best man should rule, “even if he is an Abyssinian slave.” He rallied slaves and poor peasants with a flag inscribed with the following phrase: “God has purchased the souls of the believers and their property, for they have attained to paradise fighting in the way of God.” Ali was able to develop a contradictory theology and gather hundreds and thousands to his cause.

How Ali was able to maintain a fifteen-year rebellion, and develop not only an army of thousands of slaves but his own polity, with a capital in Mukhtara (south from Basrah), until 882? One explanation is pillage. The historical record is replete with instances of the Zanj themselves enslaving others, and looting various villages and cities throughout their reign. This also explains why the Zanj were detested by contemporary historians like Al-Tabari and Al-Mas’udi. Ali himself did not promise the abolition of slavery: he promised his followers that they would one day own their own homes, possess their own money, and enslave their former masters.

Another speculative position, articulated by the German orientalist Theodor Noldeke in 1893, implied that Ali may have used tactics similar to guerrilla warfare to maintain his rebellion. That his tactics of battle were similar to those we would attribute to Che Guevara or the Vietcong is clear in the historical record. “It would seem,” Noldeke wrote, “that he had exerted himself to win over the villagers, who for the most part, if not altogether were dependent on aristocratic or wealthy masters.” To provision his large masses of men, in other words, Ali needed “the connivance of the peasants” that would provide shelter and hiding to his caravan in villages dotted across the land.

Late ninth century Abbasid Iraq, though undergoing a crisis, in some ways resembled a world familiar to ours. The exchange of land, labor, and capital was to a large degree organized through the market, and Baghdad was the intellectual capital of the world. Close to a quarter of the population lived in towns, and advanced technology was employed in agriculture, industries, and hydraulic engineering. The scholars Bas van Bavel, Michele Compopiano, and Jessica Djikman have gone so far as to argue that Iraq was probably the economically most advanced area of western Eurasia during the eighth and ninth centuries.

They also insist that economic growth “increased inequality and furthered the rise of new, powerful elite groups” who “availed themselves of non-economic, coercive opportunities offered by and within the market” to maximize revenue. Those on the receiving end of this oppression for profit included not only the slaves that Ali rallied to his cause, but also poor peasants and tenant farmers. The more these large landowners extracted labor by coercive and non-economic methods, the more the countryside and towns went into decline, the more recruits Ali had to his cause. At the time of the Zanj Rebellion, according to Lancaster University professor David Waines, the Abbasids had also been facing an economic and sociopolitical crisis. The Empire was finding it hard to collect taxes, agricultural production was on the decline, and instability on the throne lead to the rise of autonomous dynasties within.

What little capacity the Abbasids had left they used to stamp down on the Zanj. They did so by hiring mercenary armies, and they received the support of enraged landowners who had lost their slaves. Though Ali was offered amnesty if he returned slaves to their owners, he never wavered. He was decapitated in battle in 883, after general Al-Muwaffaq laid siege to the rebellion’s capital city. But even the general that felled Ali refused to return the Sudan (Blacks) that fought alongside him to their masters. They joined his army instead. 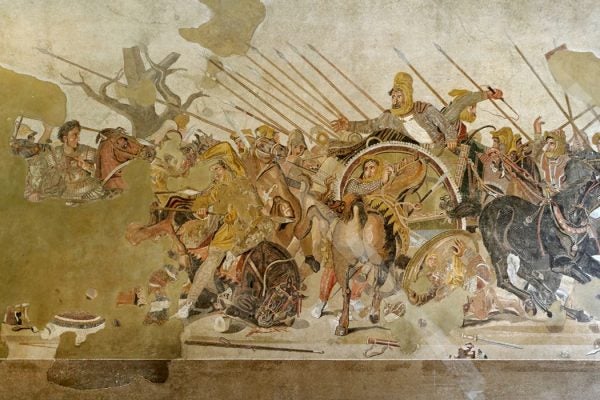