What the Folk? The Charming Yet Totally Malappropriate Story of Folk Etymology

Etymology is a funny thing. Even if you’re not a word nerd, you might have wondered why so many English idioms we use are Just. So. Weird. 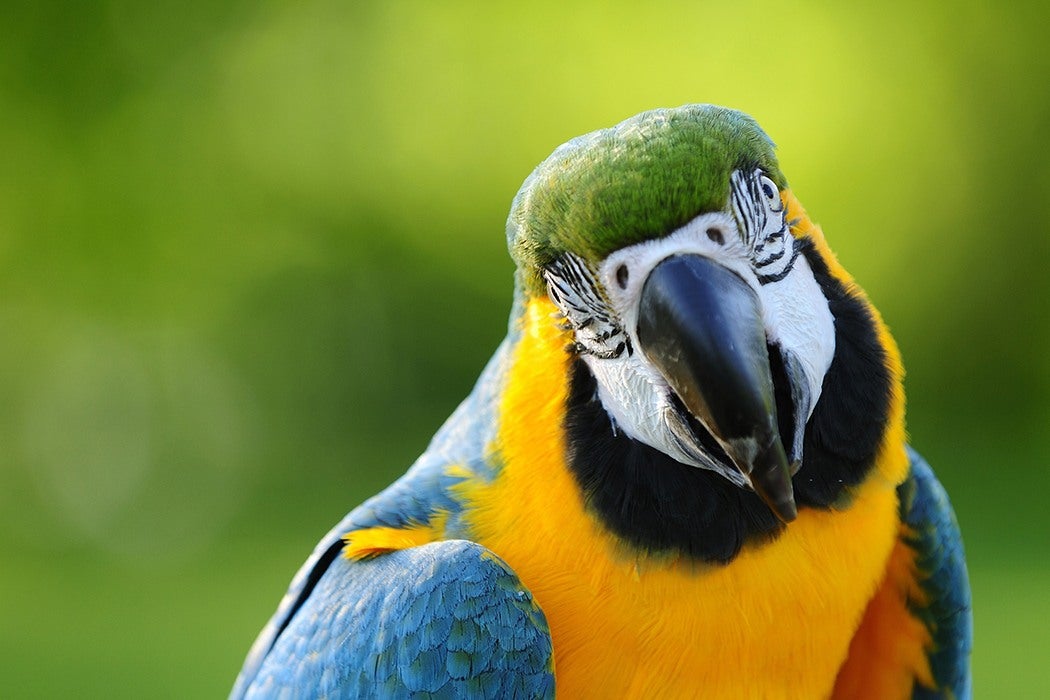 Is it really true that the American idiom “say uncle” emerged from the bullying of a poor parrot… and murder most fowl? Has there been a more beknighted or benighted cut of beef than the “sirloin“… at least when it comes to the word’s origin? And, och aye, where the heck did that ubiquitous phrase “OK” come from anyway (the theories abound but may not be quite “all correct”)?

When it comes to the strange history of certain linguistic oddities, Jesus H. Christ (and where did the “H” come from exactly?), linguists, you got some ‘splainin’ to do! Even if you’re not a word nerd, you might have wondered why so many English idioms we use are Just. So. Weird. From “damp squids” (“damp squib”) to “passing mustard” (“passing muster”/”cut the mustard”) to “nipping things in the butt” (“nipping things in the bud” in politer gardening circles), we often feel the “deep-seeded” (“deep-seated” in non-gardening circles) need to make sense of these obscure expressions we use—even if we have to completely change them into semantically meaningful malapropisms to understand them. If you don’t happen to know that a “squib” is a kind of firework that’ll fail to go off if it’s damp, it might make more sense that the word should be the similar soundalike “squid“, which also happens to be pretty damp. (Because of course dampness is the important thing when it comes to failure, which is what the idiom ultimately refers to). When these expressions change, most people are probably unaware any error has even occurred, because it follows a kind of logic, somehow.

Etymology of course is the fascinating and popular study of word history and how words change meanings over time, tracked through recorded use (usually). But when etymologists are on their coffee break, folk etymology (sometimes called false etymologies by unkind experts) is what happens when etymology gets into the wrong hands—those of the people who speak the language. Folk etymology is essentially that moment when speakers try to mansplain the origins of idioms in an effort to understand them, by linguistic analogy with something that sounds similar and is more or less semantically fitting (like damp squids). That is to say, you may have no inkling of what a “muster” could possibly mean but by gum you’d probably know how to pass the mustard. And it’s polite. It passes mustard.

It turns out we really love having clear reasons and explanations for linguistically hard-to-understand things—even if it’s wrong. People seem to use and accept origin stories as a way to extract some kind of logic from seemingly arbitary idiomatic expressions to their meanings. As Mark Morton points out:

Funnily enough, the story of how the words and expressions we use every day came to be is not just interesting when it’s true, it also turns out it’s equally as linguistically intriguing when it’s false… and sometimes it’s a lot more enjoyable. No need to “wait with baited (bated) breath” on “tender (tenter) hooks” for some authoritative philologist to give you the answer, because now everyone can have a theory (and sometimes in the imaginative exuberance of folk etymology, it really could be bunnies… or maybe parrots).

A gentleman was boasting that his parrot would repeat anything he told him. For example, he told him several times, before some friends, to say “Uncle,” but the parrot would not repeat it. In anger he seized the bird, and half-twisting his neck, said: “Say ‘uncle,’ you beggar!” and threw him into the fowl pen, in which he had ten prize fowls. Shortly afterward, thinking he had killed the parrot, he went to the pen. To his surprise he found nine of the fowls dead on the floor with their necks wrung, and the parrot standing on the tenth twisting his neck and screaming: “Say ‘uncle,’ you beggar! say uncle.” —Iowa Citizen of 9 October 1891 (possibly the earliest recorded appearance of “say uncle”).

Dramatic stuff! Meanwhile, in 1979 linguist Celia M. Millward came up with a more scholarly (but still unproven) explanation for the expression:

Most American schoolboys are (perhaps unhappily) familiar with the expression cry uncle or holler uncle, meaning “give up in a fight, ask for mercy.” Uncle in this expression is surely a folk etymology, and the Irish original of the word is anacol (anacal, anacul) “act of protecting; deliverance; mercy, quarter.”

Which is more plausible? Not everyone accepts this Irish-flavored explanation for what appears to be a strictly American idiom that’s virtually unknown across the pond, so ultimately we can’t say for sure what the origin of this expression actually is. But a story with oppressed parrots possessed of a fighting spirit sure is more fun.

According to one well-known folk etymology, King James I once pulled out his sword in the midst of a banquet and dubbed an especially tasty cut of beef “Sir Loin.” That fanciful origin of the word “sirloin” remained current for nearly three hundred years, until a party-pooping etymologist debunked it by proposing an origin that is as humdrum as it is true: namely, that “sirloin” derives from the Old French surloigne, meaning “above the loin.”

In many cases it might be noted that folk etymologies often try to break down a word into smaller, more digestible parts in order to make sense of it, whether it’s a Sir Loin cut of beef or the “cutlet” that developed out of the French “côtelette.” But this is not simply about splendors in the “sparrow grass” (an oft-repeated folk etymology of the 19th century for the more confusing asparagus), the “marmalade” made for a sick Mary Queen of Scots (“Mary Malade,” AKA “sick Mary,” for breakfast anyone?) or other fun yet malappropriate tales of weird word origins. Folk etymology is also a rich source of evidence for analogical change that reveals how the meanings of words and expressions can develop creatively while at the same time being constrained by linguistic rules and contexts, according to Richard Coates in “Pragmatic Sources of Analogical Reformation.” That is to say, even the craziest folk etymologies that attempt to make more transparent what’s “linguistically obscure” are not simply picked out of the ether but follow certain principles of linguistic analogy.

Despite its fascination to general readers, etymology is often ignored as an object of serious study by linguists.

As popular and riveting a subject as etymology is to the general population who love learning about language, it’s often ignored as an object of serious study by linguists. This was perhaps ever since Saussure harshed folk etymology’s mellow in 1916, separating the notion of analogy from “l’étymologie popular.” Analogy was considered a normal function of language change, while folk etymology was dismissed as a “deformation.” (After all, if a (Saussurean) sign is arbitrary it hardly seems worth speculating about its origins or history, and the fact that there can be an entertaining element to etymological investigations makes it all the more suspect for serious scholarship).

For Coates, however, folk etymology is a type of analogy. And analogy is what drives a lot of linguistic change, whether through sound, semantics, or even spelling. For many changes made through folk etymology, not only is a sound similarity one of the obvious conditions, but a kind of semantic similarity or “nearness” is another. In borrowings such as “admiral,” from the Arabic amir al-bahr ‘sea-commander,’ the similarity to “admirable” kind of makes sense for a person of high rank. Likewise, the word “pedigree,” from the metaphorical use of Anglo-Norman pie de grue ‘crane’s foot’, is influenced by the word “degree” in developing a sense of “social rank.” “Hiccup” is changed through spelling into “hiccough” to reflect the analogy with “cough” (even though it’s not pronounced the same way). Old French “pasneie” became the more familiar “parsnip,” which is made even more familiar because of its similarity and nearness to both “parsley” and “neep/turnip.” It all makes total sense. So the word adaptations themselves can be pretty revealing of how idioms develop and even influence the words around them into some kind of understandable order. Words like “citizen” changed because of words like “denizen” and the similar “sallow” and “willow” were once the very different Old English “sealh” and “welig” for example.

While etymology remains a popular study for many language fanciers, speculating about the oddest idioms we know (with or without evidence or “bold conjectures”), its poor cousin folk etymology has been easily ignored and dismissed by linguists as the cluelessly fake or misunderstood histories of words and expressions. That may be. But folk etymology is also a curious look into the linguistic analogies we use to understand the meaningful connections between our world and our words, even if it’s not absolutely real and true. So still on the fence about folk etymology? It might be time to cry uncle. 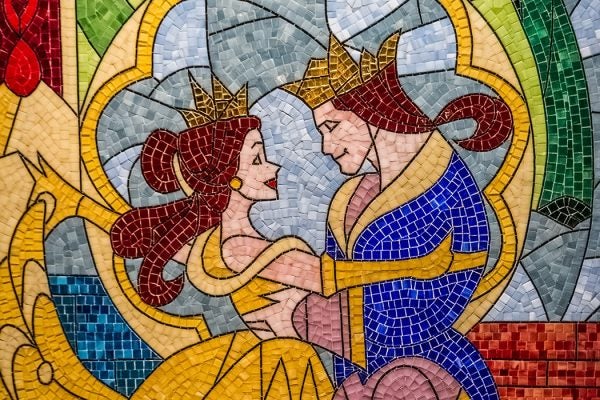 Despite the perils of mistaken identities, evil stepmothers, and cruel curses, in a Disney movie the princess always finds her prince.