Historically, the Supreme Court has held that forgoing vaccines is a threat to public health and therefore beyond the bounds of liberty. 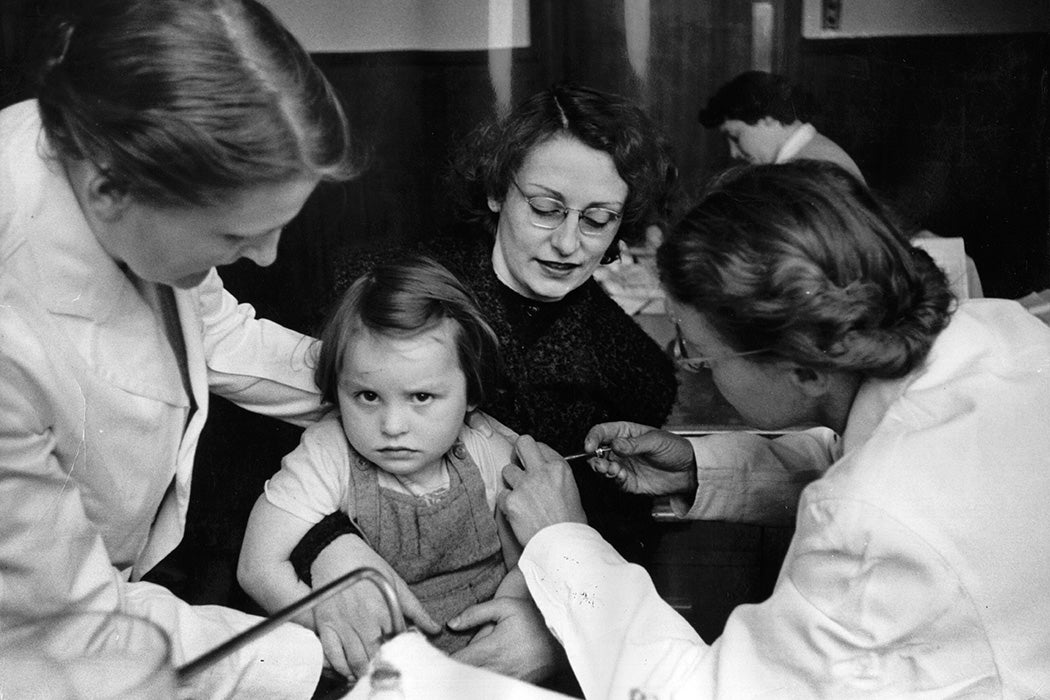 When it comes to vaccination, the Supreme Court has fairly consistently found that mandatory vaccinations are constitutional. On this and a range of other issues, the highest court has generally found that while freedom of belief may be absolute, freedom of action is not. There is no liberty to infect others with a communicable disease, just as there is no liberty to murder.

In the perpetual balancing act of constitutional liberties, the court has typically decided that government’s duty to safeguard the health of its citizens takes priority over some individual rights.

“From the early 1900s, antivaccination lawsuits (including those against school districts) have been spectacularly unsuccessful.”

In a primer on legal challenges to vaccination, Edward C. Darden writes: “From the early 1900s, antivaccination lawsuits (including those against school districts) have been spectacularly unsuccessful.”

The great precedent is Jacobson v. Massachusetts (1905). Massachusetts was the first state to pass a law requiring vaccines for schoolchildren, in 1855. By 1902, it was one of eleven states with a history of such mandates. That year, during a smallpox outbreak, public health officials in the City of Cambridge mandated that adult residents get the smallpox vaccine. Henning Jacobson refused and was consequently fined $5 (approximately $150 today). Jacobson argued that his Fourteenth Amendment right to liberty had been violated and that Cambridge’s mandate was “unreasonable, arbitrary, and oppressive.”

With a seven-justice majority, the Supreme Court ruled that it was legitimately within the “police power” of a state to compel vaccination to protect the health and safety of its citizens. Vaccinations were neither arbitrary nor oppressive if they did “not go so far beyond what was reasonably required for the safety of the public,” Justice John Marshall Harlan wrote.

Jacobson would be reiterated in various ways over the years. In 1922’s Zucht v. King decision, the court reaffirmed that vaccination ordinances “confer not arbitrary power, but only that broad discretion required for the protection of the public health.”

The majority opinion in Prince v. Massachusetts (1944) stated, “the right to practice religion freely does not include liberty to expose the community or the child to communicable disease or the latter to ill health or death.” (Religious exemptions to vaccination have become common more recently.)

“Most court cases conclude that the public health of millions of U.S. kids trumps any individual objection,” writes Darden.

For adults, Jacobson is still routinely cited as precedent, even in related cases like challenges to face-mask and stay-at-home orders during the COVID-19 pandemic.

What “liberty” actually means has been the subject of tremendous debate for more centuries than we have understood how contagious diseases spread. Medical necessity in the face of pandemics might seem like tyranny to some, but most people would seem to agree with the Supreme Court. When it comes to communicable disease, it’s the “liberty” of the pathogen that is the greatest threat.