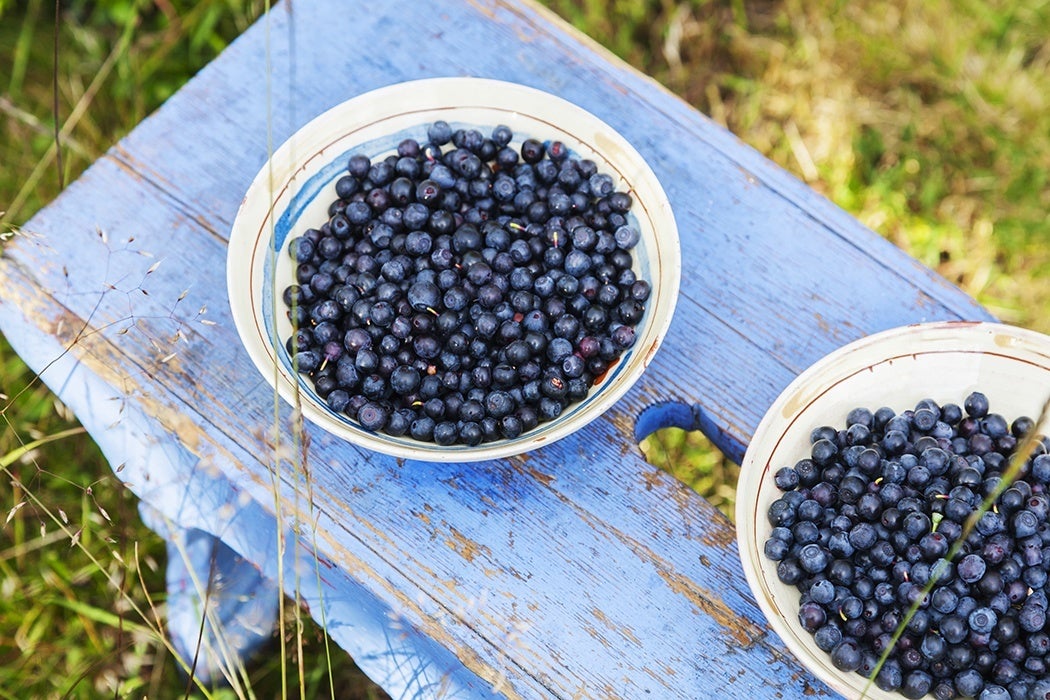 Summer is here and with it comes Cyanococcus Vaccinium, otherwise known as the blueberry. These little fruits are nearly the most popular in the country, second only to the strawberry. Fitting, since they are native to North America and have been used by Native American communities for food, medicine, and artistic purposes for thousands of years. It wasn’t until 1916 that this versatile little berry was successfully cultivated for mass consumption. In fact, 2016 marks the 100th anniversary of the first-ever commercial crop of blueberries in the United States, which was harvested in Whitesboro, NJ by farmer Elizabeth White and botanist Frederick Coville.

History aside, blueberries are considered to be one of the healthiest of fruits. Many people have already heard of the research about the high antioxidant content of blueberries, which means that these little fruits protect your body against free-radicals that contribute to aging and cancer. But how?

Interestingly, the part of the berry responsible for all this goodness is in fact that beautiful blue color:

Flavonoids include beta-carotene and related carotenoids, which are responsible for many of the yellows, oranges, reds, and greens in produce. Other reds and most of the blues, purples, and blackish tints—especially in berries and potatoes—trace to flavonoids called anthocyanin. These chemicals are considered antioxidants because they quash free radicals, naturally forming molecular fragments that have several damaging effects.

Because of these findings, researchers actually recommend that consumers choose their produce based on its color: a diverse selection of vibrantly colored produce indicates a healthful mix of antioxidant flavonoids. However, “some of the most dramatic effects attributed to anthocyanins have emerged in studies of blue and purple foods.” Researchers in Japan have found that blueberries helped mice to maintain their memories: “Some of the benefit to memory appears to trace to enhanced brain-cell signaling in animals eating the blue fruit…Old neurons and those in individuals with Alzheimer’s disease ‘are like old married couples: They don’t talk to each other’… Blueberry’s flavonoids ‘make them [communicate] like young lovers again.'”

Science continues to find more and more health benefits linked to blueberries with every study. So blueberry lovers rejoice, and enjoy your flavonoids mixed into smoothies, mushed into jams, and baked into everyone’s favorite: blueberry pie. 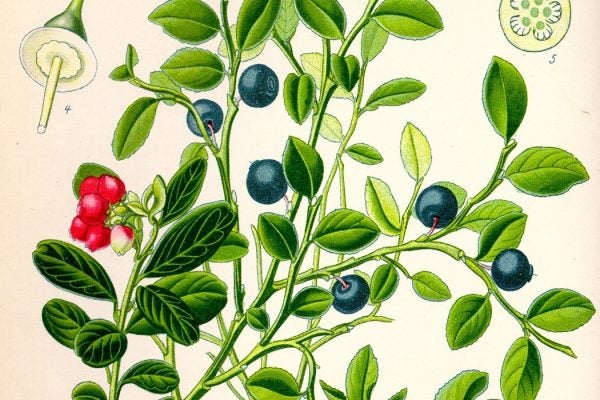 The Delicious Origins of the Domesticated Blueberry

Frederick Coville and Elizabeth White, two strangers, domesticated the blueberry together. They valued beauty and worked to support local communities.