The Delicious Origins of the Domesticated Blueberry

Frederick Coville and Elizabeth White, two strangers, domesticated the blueberry together. They valued beauty and worked to support local communities.

My family has known blueberries for more than 60 years. Before I was born, my grandfather planted a patch in Pennsylvania, where I grew up. I learned how to mow around the bushes and how to eat too many. In the 1990s, my wife and I moved to the mountains of Virginia and started our own blueberry farm—1,000 bushes on a single acre. In the process, we created and operated one of the first certified-organic, pick-your-own blueberry farms in the mid-Atlantic. Customers packed our field and picked the bushes clean, so that we sold several tons every season. After 12 years, we left that farm to pursue other ventures, and, even then, we still planted 50 bushes on our new farm, just for the two of us. We wanted good food and good health, and we wanted to keep these exquisite plants close by, because blueberries are beautiful in every season. In spring, their cup-like blooms scent the air; in summer, their branches bend to the ground, heavy with fruit; and in fall and winter their leaves and stems turn an astonishing bright red.

So I’ve spent much of my life working among blueberries—planting, pruning, picking, and eating. None of that could have happened without the work of Frederick Coville and Elizabeth White, two strangers who domesticated the blueberry together.

Scientists and farmers had been trying to tame this fruit for several decades. They took specimens from the wild and planted them in their best soil, treating the bushes like other garden plants by adding lime and rotted manure. Almost always, the blueberries died. But Coville, a scientist with the United States Department of Agriculture, persisted through years of failures, finally figuring out this mysterious plant in 1910, when the USDA published his Bulletin No. 193, titled Experiments in Blueberry Culture. This slim book radically changed our understanding of blueberries. As one scientist of the time wrote, Coville’s work “should almost revolutionize…agricultural practice.” In 1911, another scientific editor noted that Coville’s booklet “may be taken as the most complete exposition of the biological requirements of this very interesting plant that has yet appeared.” In retrospect, the understated tentativeness of these proclamations are unwarranted—it did “revolutionize” blueberry production and it was “the most complete exposition” on blueberries, both at that time and for many decades after.

Coville discovered that blueberries require acidic soil. In his many trials, he noticed that wild berry bushes avoid what we normally call “rich” loam, the alkaline dirt that grows so much of our food. Instead, blueberry plants thrive in peat bogs and acidic soils all across the country. Coville replicated this “poor” soil in his lab and eventually succeeded in pinpointing the requirements of blueberries. In addition, he discovered that blueberries need cross-pollination with other blueberries to bear well. He documented the curious fact that blueberries benefit from fungi that penetrate their roots (and help take up nitrogen). And he proved that many plants, including blueberries, have chilling requirements to flower and fruit, a revolutionary idea at the time. Lastly, Coville, the “father of the blueberry,” perfected methods of propagating that are still in use today, one hundred years later.

Soon after its publication, Elizabeth White read Coville’s Experiments in Blueberry Culture. She wrote to him and invited him to her family’s farm in New Jersey. White and her father operated one of the largest cranberry farms in the country. They often noticed wild blueberries near their bogs and commented on the need for a domesticated variety, believing that adding blueberries to their crops would extend the growing season, giving extra employment to their pickers.

With her father’s financial backing, White offered Coville both ideal land to cultivate and a plethora of wild plants to develop. She also provided a link to the local people. To her neighbors, she offered money and the potential for immortality: Any worthy bush would be named after the finder. Her neighbors, residents of the New Jersey Pine Barrens, knew where the best wild plants lived. For years, local newspapers had denigrated the locals as a backward, ignorant people, but White knew better. In 1916, she paid tribute to her neighbors and friends, writing, “When we get in the woods and swamps, I am the one who reads haltingly and with imperfect understanding and must rely implicitly on my piney guide.” This from a woman featured in a 1942 Saturday Evening Post as the “Blueberry Queen.”

In 1911, Coville journeyed from Washington, D.C., to visit White in Whitesbog, in Pemberton Township, New Jersey, and thus began the collaborative work that eventually gave us the domesticated blueberry. Over the course of the next five years, people brought them berry samples from potential plants. In the off-season, White traveled by horse and buggy to find and move plants to the test field. Of the 100 transplanted wildlings, only a few proved worthy of propagating. The best, found by a man named Rube Leek, led White and Coville to a struggle with naming. “Rube,” White commented, seemed “a poor name for an aristocratic bush.” “Leek” obviously was no better and “savored of onions.” Finally Coville thought of adding the last initial to Rube, and thus Rubel—a gem, a money-maker—was named. Although its berries are small by modern standards, farmers still grow this variety today, especially after scientists discovered high concentrations of antioxidants in its fruit.

Eventually, in 1916, Coville and White sent their first containers of domesticated blueberries to market, but they continued working together for almost 20 years. In the July 4, 1919, issue of Science, for example, White posted an advertisement “offering $50 apiece for wild blueberry bushes bearing berries as large as a cent.” She noted that “two such plants” had already been “secured…from New Jersey,” and that in addition to “propagating from these bushes for her own blueberry plantation she will furnish cuttings of them to Mr. Frederick V. Coville, of the United States Department of Agriculture, for use in his blueberry breeding experiements.” Who knows how many plants she secured in this manner, but Coville eventually developed close to 100,000 bushes, so many varieties that one expert, James F. Hancock, said that a “testimony to the greatness of his efforts is in the fact that 75% of the blueberry acreage in the 1990s was composed of his hybrids.” Seven of the top 10 cultivars were Coville progeny. On our Virginia farm, several of our favorite varieties are directly tied to Coville’s work.

With astute business acumen, White developed the market, not only for domesticated blueberries, but also for the bushes themselves, sending them all across the country. When enough other farmers established blueberry fields, she helped organize the first blueberry growers’ cooperative. After seeing cellophane used to wrap fancy candy, she understood what this could do for her blueberries and contacted the supplier. As the Saturday Evening Post states, this won her “a peculiarly American brand of fame as the first person to offer fruit glorified—and better kept—under a wrap of sparkling Cellophane.” White told the Post, “The ‘window’ idea created quite a stir in the markets…but nothing as compared to the excitement that prevailed when our first crop of specially bred and cultivated berries went to market in 1916.” Today, we no longer use cellophane specifically, but the marketing of visible, fresh berries still lets us appreciate their great beauty.

Frederick Coville and Elizabeth White worked with nature, not against it.

Eventually, Coville’s curiosity and leadership took him down other paths, including the creation and direction of the National Arboretum, which he advocated for in a December 25, 1925, Science article and in a February 14, 1930, address to the American Society of Landscape Architects. In many ways, this speech illustrates his tremendous intellect and passion. For example, he tells about a colleague’s experiments with making archery bows out of a particularly remarkable Osage orange tree. But Coville continued his research interests in blueberries: A pair of “Special Articles” pieces in Science (titled “Buttermilk as a Fertilizer for Blueberries” and “Blueberry Chromosomes”) outlined new (at the time) research on the chromosomal makeup of various blueberry varieties.

White also continued to pursue her scientific study of blueberries—and advocacy for them. In 1938, she co-authored a paper titled “Some Results of Self-Pollination of the Highbush Blueberry at Whitesbog.” New Jersey eventually adopted the blueberry as the state’s fruit and began to plant it along highways. Like Coville, though, White’s passions went beyond blueberries. She was particularly interested in plants native to the Pine Barrens, like the American holly and Pine Barrens gentian, plants she propogated in her own nursery. Through her writing, speaking, and hosting of visitors, she advocated for native landscaping before this idea was popular. For example, in 1931, she hosted 88 members of the American Fern Society, who remarked on her beautiful gardens.

I like to imagine White and Coville kneeling in that sandy soil, working together, sampling their fruit, comparing notes on taste, size, and quality. Like me, they too loved this plant. They valued beauty and worked in a way that supported communities. Theirs is an example of working with nature, not against it, and their coordinated efforts underscore the values of equality and cooperation we still need to recognize and celebrate one hundred years later. 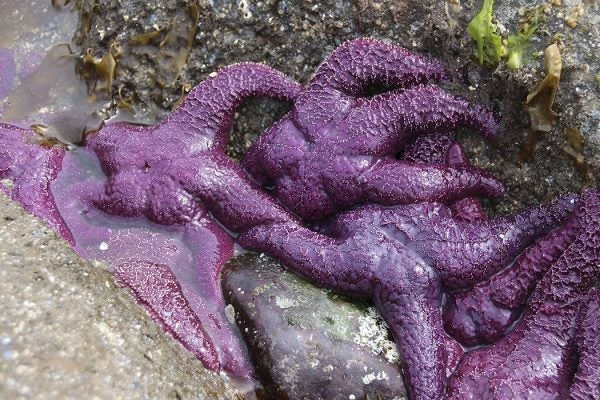