The iconography of Mexico’s Día de los Muertos has become wildly popular outside Latino communities. But where did the skulls and skeletons come from? 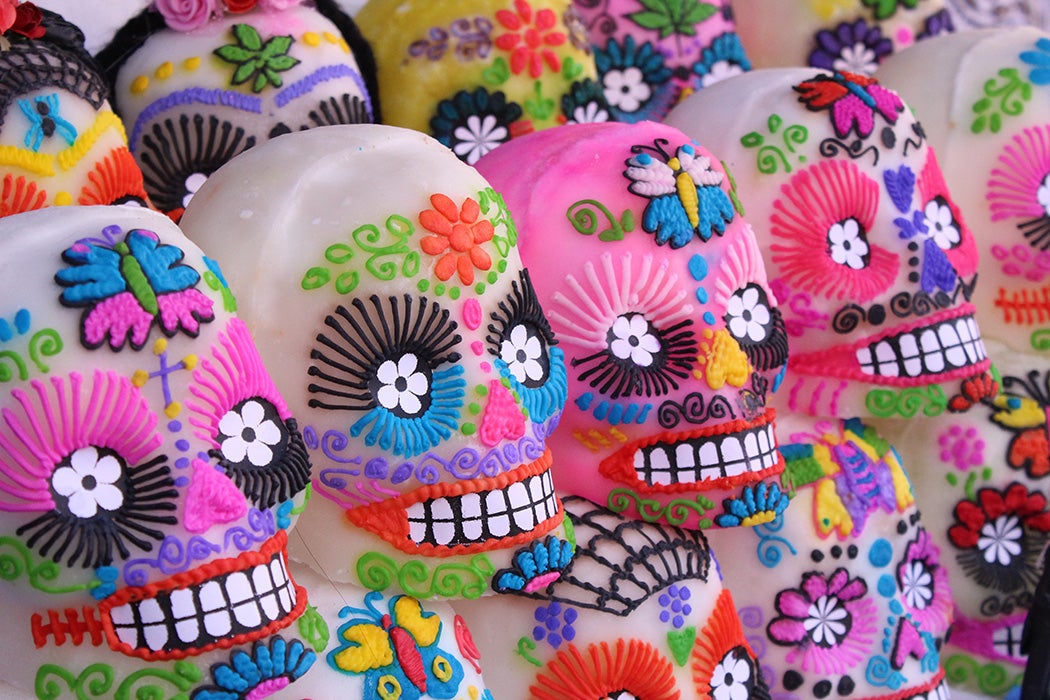 Mexican in origin, today El Día de los Muertos (or Day of the Dead) is widely observed in Latin America and Latino communities. The holiday takes place November 1–2 and brings together families, neighborhoods, and cities to both mourn and celebrate community members who have passed on. The holiday includes striking, colorful iconography, like sugar skulls, which are appealing enough to have made it onto T-shirts and tattoos.

But what’s the background of these particular artistic representations of death?

The Spanish empire, for its part, was strongly influenced by Europe’s seventeenth-century Baroque period.

The answer to that question is closely tied to Mexico’s history of colonization and the influence of different cultures. According to historical anthropologist Stanley Brandes, diverse Indigenous customs and beliefs about death combined with Spanish, and in particular Catholic, practices (such as the celebration of All Souls’ or All Saints’ Day) to create the iconography that today represents one of Mexico’s best-known cultural exports.

Thus, on the side of the Aztecs, the leading powers at the time of the Spanish invasion, we find tzompantli, stone structures built to display skulls—but they are not themselves decorated with representations of skulls and skeletons. Nor do skeletons appear during Aztecs burials: Brandes concludes that skull and skeletal imagery in Mesoamerica is not all that often associated with mortuary ritual.

But as Brandes writes, the Spanish empire, for its part, was strongly influenced by Europe’s seventeenth-century Baroque period, a time of skull and skeleton ornamentation. Spanish ritual practices on All Souls’ Day included offering food at cemeteries in honor of the dead; one custom in Aztec commemorations of the deceased or of certain deities was making figures out of wood, covering them with tzoalli, or amaranth seed dough, then eating the resulting pastry. Eventually, these anthropomorphic dough figurines, combined with Spanish ritual practice, resulted in the Mexican custom of edible Day of the Dead figurines.

An important factor on that path, according to Brandes, was the astoundingly high mortality rates that followed the invasion. He argues that Día de los Muertos became ritualistically elaborate in Mexico as a by-product of this loss of life: The population of central Mexico went from over 25 million in 1519 to just over 1 million in 1605. Death was everywhere, coming to be represented in popular arts and holiday foodways.

Another crucial development came after Mexico’s independence from Spain in 1821, writes Brandes. During the second half of the nineteenth century, the country’s newfound freedom of the press led to an explosion in the publication of broadsides—called calaveras, or skulls. In a new country with a tenuous political framework, in which outlets for criticism were highly restricted, the illustrations of lithographer José Guadalupe Posada (1852–1913) found an eager market. What is likely Posada’s most famous calavera was la catrina, the female dandy, portrayed as a fleshless skull, topped with a fancy, wide-brimmed hat replete with large billowing feathers and other decorations.

Calaveras on political broadsides were just one of many forms of popular resistance by writers and artists, including the triad of Mexican muralists: Diego Rivera, David Alfaro Siquieros, and José Clemente Orozco, both within and outside of Mexico. They read into this imagery the meaning of Mexico itself. 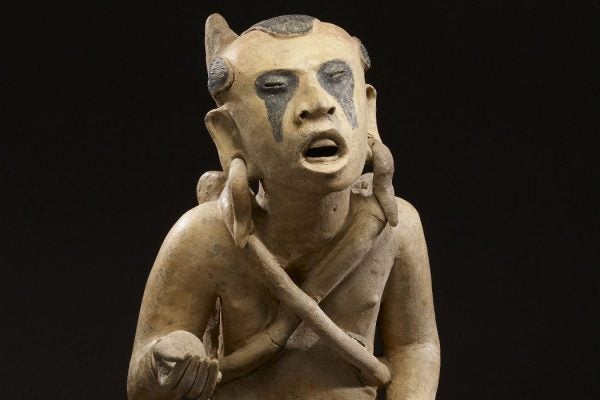