What Did the Diggers Really Believe?

The early modern Protestant sect has been seen as a predecessor to radical political views. But is that how they saw themselves? 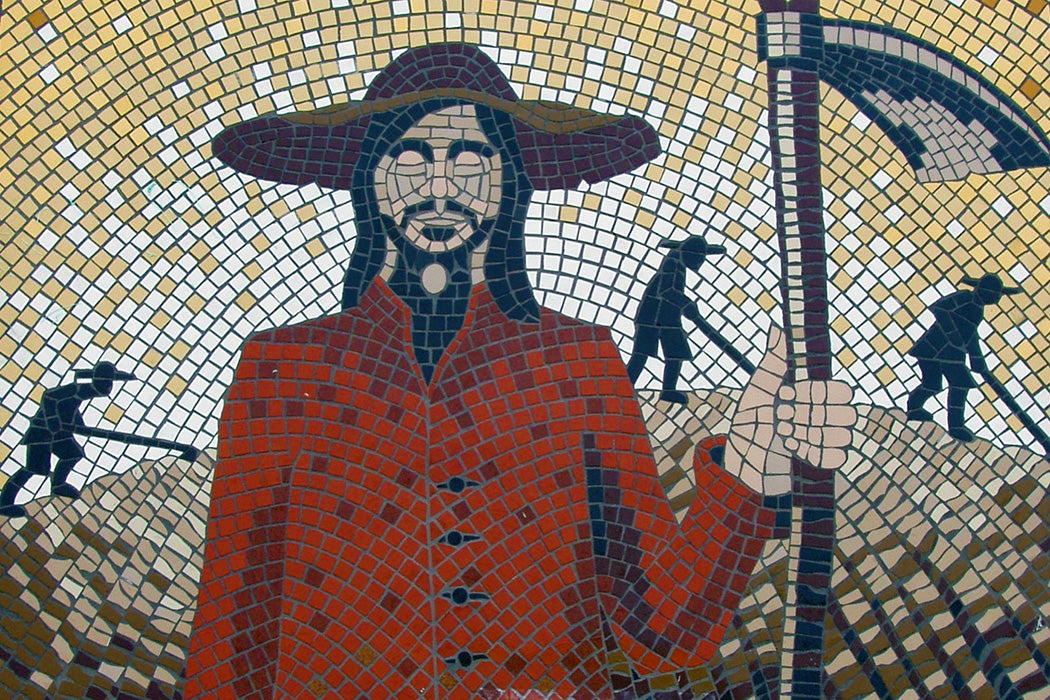 In 1649, amid the devastating upheavals of the English Civil War, a group calling themselves “True Levellers” strove for the economic equality of a “community of goods.” They wished to hold “all things in common.” Against private property and money, the Diggers, as they are better known today, wanted to “dig on” enclosed (private) land to feed themselves and others. They saw themselves as following in the footsteps of Jesus and the Apostles.

The Diggers have since been seen as the forerunners of anarchism, socialism, environmentalism, and more radical -isms—even into the twentieth century. In San Francisco in 1968, a community-action/street-theater group called themselves the Diggers in the originals’ honor (actor Peter Coyote was a founder).

Although the word “communism” wasn’t coined until around 1840, the Diggers were retrospectively seen as forebears.

Most famously, the first Diggers have been claimed as early communists. Although the word “communism” wasn’t coined until around 1840, the Diggers were retrospectively seen as forebears. For example, the name of Gerrard Winstanley, the most famous of the original True Levellers, was honored in the Soviet Union.

Not so fast, argues scholar Ariel Hessayon, who sees the Diggers “horizontally,” that is, within their own time and place, not “vertically” through time. The Diggers, like “Baptists, Familists, ‘Ranters,’ Quakers, and Behmenists,” arrived amid an explosion of cults, of desperate enthusiasms in terrible times. They came out of a centuries-old tradition of biblical literalists, many ruthlessly repressed by church and state. All the post-facto hagiography surrounding the Diggers has “largely obscured [this] important theological aspect of the discussion.”

Hessayon wants to right the record: “Although the Diggers’ radical activities are best understood as a practical response to the ravages of the English Civil Wars, widespread poverty, desperate food shortages, economic decay, and outbreaks of plague, their adoption of community of goods was based on a proscribed reading of a biblical text.”

That text was Acts 4:23. In the words of the Authorized Version of 1611: “And the multitude of them that believed were of one heart and of one soul; neither said any of them that aught of the things which he possessed was his own; but they had all things in common.” As Hessayon explains, “several ancient Christian heresies” included the communal ownership of property, but so did “certain Protestant sects.” These groups “all […] envisaged themselves as communities imitating apostolic practice.”

By the Diggers’ own lights, they were “a spiritual and temporal community of love and righteousness, members of Christ’s mystical body living in the last days before the destruction of Babylon and the coming of the Lord.”

The Diggers’ world, as Hessayon describes it, must have felt apocalyptic. The execution of King Charles I in January of 1649 “turned the world upside down.” Winstanley evocatively described the “old World” as “running up like parchment in the fire and wearing away.” Sword, pestilence, famine, and plagues were seen by many, including Winstanley’s followers, as the judgment of God. The Diggers were only one among numerous sectarian responses to the multifold crises. Firebrands and visionaries, Ranters and Muggletonians, Quakers and Puritans, all contested for followers by promising new worlds, new worlds that would be heavens on Earth amid the hells surrounding them.

“Most historical writing about radicalism and the English Revolution can be considered fabrication, in the sense of both manufacture and invention,” argues Hessayon. The Diggers, taken out of their original religious framework and secularized, are a prime example of how later generations’ fantasies can be leveled down and shorn of their historical specificity, their fundamental religiosity.

Early Modern Communism: The Diggers and Community of Goods
By: ARIEL HESSAYON
Journal for the Study of Radicalism, Vol. 3, No. 2 (FALL 2009), pp. 1-49
Michigan State University Press 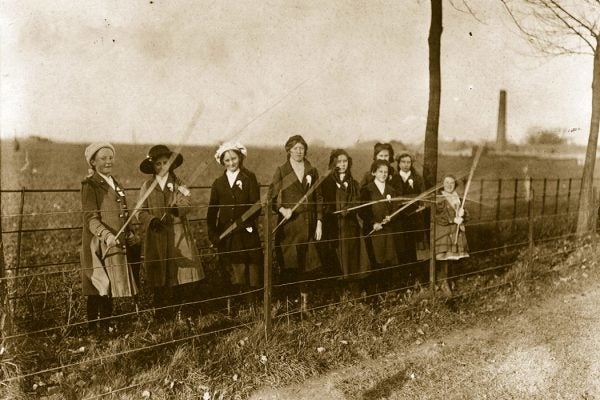