Song sharks have been a problem for aspiring lyricists nearly as long as there’s been a music industry. 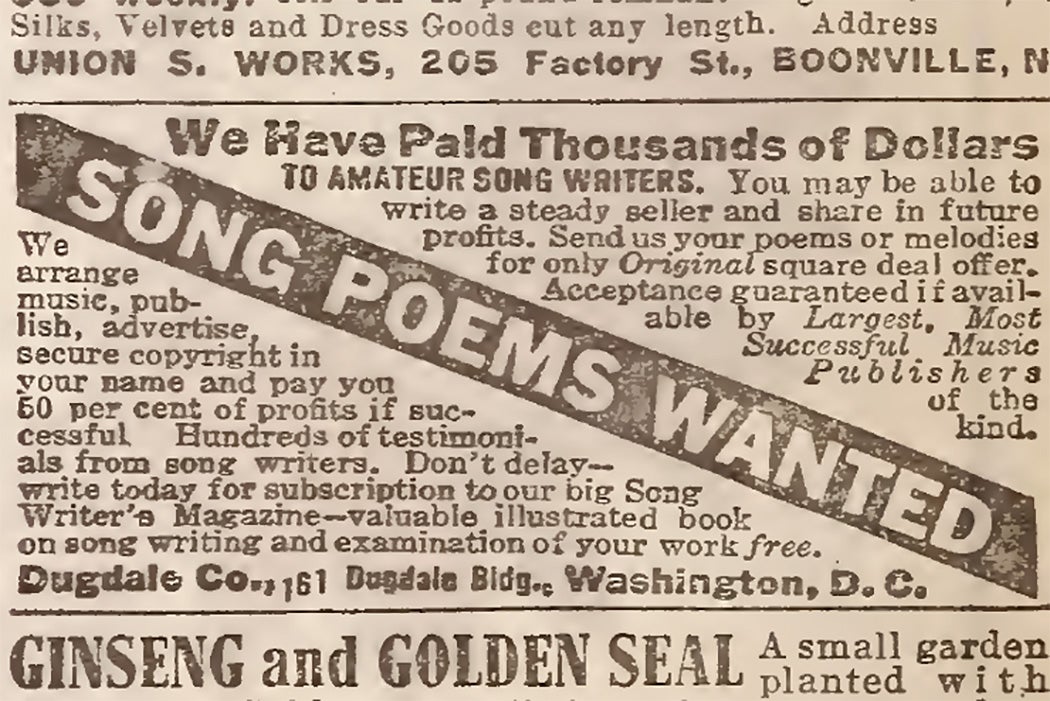 “Deep down in most of us there lurks a firm conviction that if we only took the time we could write a fabulously successful book, play, scenario, or song,” composer Sigmund Romberg wrote in 1944. Time hasn’t changed that small part of us that wants to set it all aside and just create. And whether it’s exploiting the need for love, for money, or for creativity, con artists have always been more than happy to use our very human feelings against us. But there was a real problem for those who felt they had a song within them— “song sharks.” Offering promises to take lyrics and turn them into song, sharks were lingering just below the surface. “Whatever you do,” Romberg warned. “Don’t take the easy way out and fall into the traps so cleverly baited by the ‘song shark’ publishers.”

A 1923 exposé in the Music Supervisors’ Journal warned would-be victims about the scam.

Song sharks had been a problem for nearly as long as there had been a music industry. A 1923 exposé in the Music Supervisors’ Journal warned would-be victims about the scam. The sharks placed ads for “song-poems wanted” or, as one asked, “Why Don’t You Write the Words for a Song? We’ll Help You Along by Composing the Music.” In an “expose their own game” endeavor, a music teacher sent in “The Ache in My Heart for You,” a poem that he’d written one morning. It was purposefully bad, “with the meter of the verses unlike, and that of the chorus still different.”

I used to be so happy,
But now I am so sad.
You were bright and snappy
And I was young and glad

It didn’t take long for the responses to start pouring in—each with more praise than the last—along with “contracts ready for signature [and] certificates of guarantee.” One song shark, who claimed to be “The Song Writing Genius of America,” called the song “exceptional,” and for the low price of $25 (some charged as much as $90), offered to set it to music. And from that small investment, anyone could have a hit.

But what did they really get?

Some sharks would take the money and run. Some would provide sheet music ready to be sent to a music publisher. Unfortunately, as Romberg explains, a reputable publisher could “recognize one of their cheap off-set printing jobs a mile off,” and a rejection would be quick. Some would even record the song and press a record with the promise of getting it on the air. And sure, the record would be pressed, but it would be a “single instantaneous acetate disc,” Romberg writes. And the airplay? “This will consist of a single broadcast on some small station. During the scheduled half-hour, twenty songs by the same firm are run through at top speed.”

Song-sharking was a lucrative business. Romberg notes song-shark firms made more than a million dollars from the scam—and he was writing in the first half of the twentieth century. The victims kept coming. As musicologist William Brooks observes, “the least shady of the song sharks provided a service that some persons used repeatedly.” The practice persisted into the 1980s, where the price of a song skyrocketed to up to $400. There were so many takers that several anthologies of song-poems have been released over the years, with a recording pace so fast that one song-poem musician recalled recording up to thirty songs a day.

As Romberg warns, “Unless you have more money than you know what to do with, the safest thing is to have no truck whatsoever with anyone who asks you to pay for the privilege of publishing your song.” 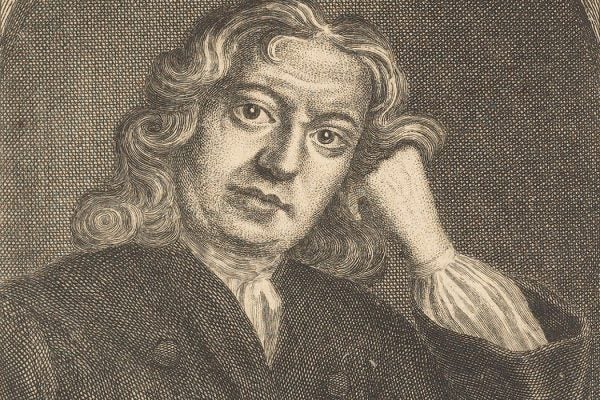 Grifting In The 18th Century: The Grift Remains the Same

When faking an identity, it helps to choose something foreign to your audience.