Was American painter Marsden Hartley an innovator, or an imitator? Some call him a great artist, while others say he didn’t know how to paint. 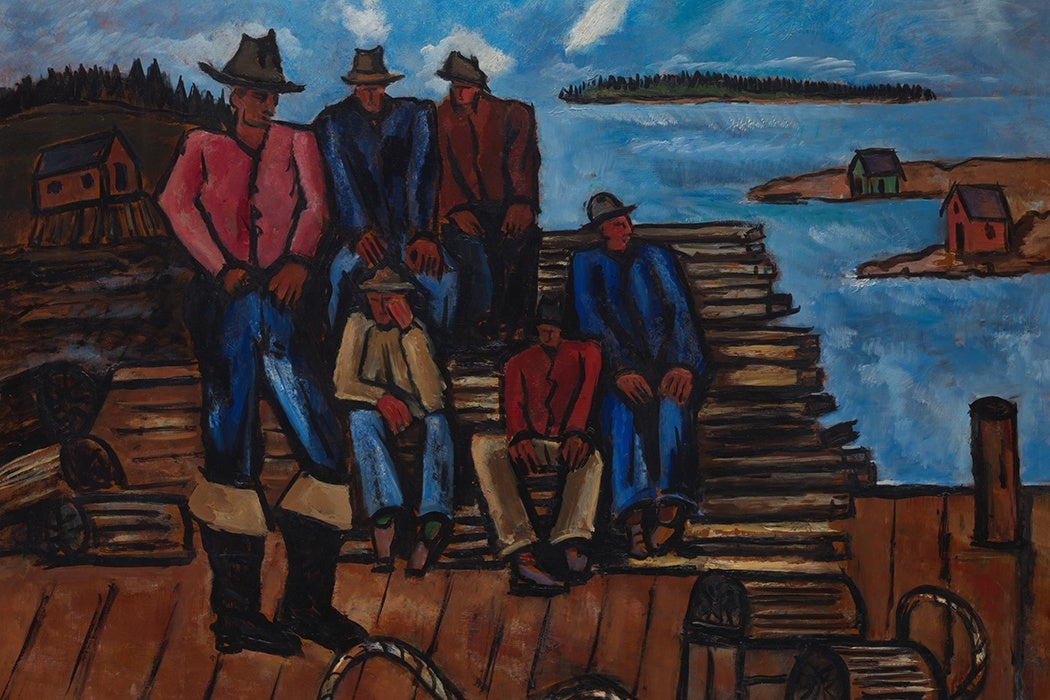 New York’s Met Breuer museum is featuring “Marsden Hartley’s Maine,” highlighting the oeuvre of American painter Marsden Hartley. Though Hartley is considered a celebrated American painter now, Hudson D. Walker wrote in 1947 about the varied attitudes towards his work. Walker notes that “Marsden Hartley, nearly four years after his death, is a controversial figure in the development of American painting. Estimates vary between the contention that he did not know how to paint, and the assertion that he approached Winslow Homer in originality and power.” Walker traces Marsden Hartley’s artistic progression from landscapes, to still lives, to politically charged abstracts, and all the way back to landscapes again.

Marsden Hartley had his first solo show in 1909 at age 31, exhibiting his now-iconic Maine landscapes. Hartley’s paintings of Maine are bold in color and subject at times, muted and monochrome at others. Walker describes this oscillation between styles and colors as being an integral part of Hartley’s constant experimentation and innovation. “This practice undoubtedly contributed to the impression that Hartley was inconsistent, for which he was criticized throughout his life.”

Capturing nature was one of Hartley’s favorite challenges, “because his love of Nature compelled him to find the best mode of treating it.” Walker notes how the painter’s travels impacted the changing subjects and styles of his work. In 1912, for instance, Hartley went to Paris for the first time. There, he focused on producing monumental still lives. “His first painting there, a large still life with red peppers and bananas, is reminiscent of the Maine hillsides in the way he painted the patterned textile in the background, but the color is much stronger, the treatment approaching the abstract.”

And later, in 1914, Hartley was in Berlin where he was “invariably motivated by significant content.” Walker describes how the “war spirit was everywhere evident” in Berlin in 1914, so it was logical for Hartley to create “a great many abstracted paintings which well express this war fever.” Hartley “used military insignia, symbolic figures of mounted Prussian officers and the black cross to express the chromatic nervous tension.”

In 1918, Hartley moved to New Mexico, where the desert landscape impacted both his subject and medium choice; he began using pastels in order to capture “the softness of form in the dry mountain ranges in New Mexico.”

Walker analyzes not just how Hartley’s movement and travel around the world influenced his style, but also how the art world changed its perceptions of Marsden Hartley as an innovator, imitator, experimentalist, or influencer. Perhaps Hartley’s life and changing artistic legacy tell us more about history-making and public memory than they do about his work.