When you think of the aesthetic life of Elvis Presley, you probably think of the gaudy glitz of Graceland. But what did the tacky décor really mean? 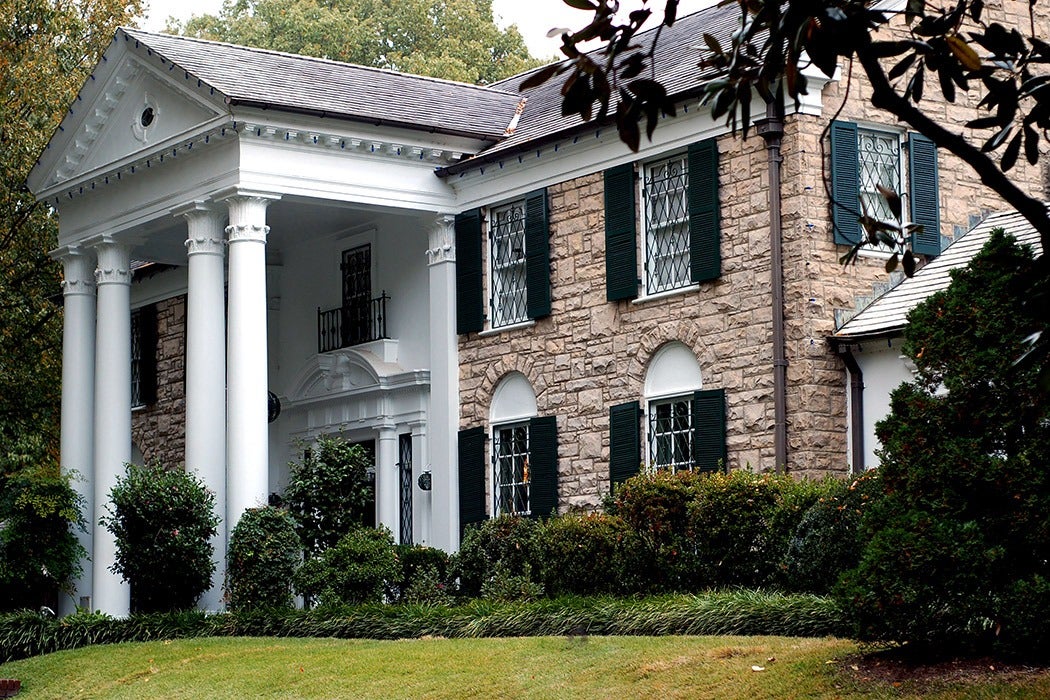 Velvet. Gold. Plush. Pills. When you think of the aesthetic life of Elvis Presley, you probably can’t help falling in love—if you can deal with all that tacky glitz, that is. But where did the King get his weirdly glamorous taste—and what did it really mean? Karal Ann Marling has the gaudy answers.

It all started when he bought a Tennessee farmhouse in 1957. Already the most famous man in showbiz, Presley—who had grown up in a shack in Tupelo, Mississippi— immediately began to express himself through home décor.

Elvis adopted the monumental quality of a movie star’s house while maintaining the suburban mindset.

And nothing represents Elvis’ increasingly ornate style quite like his over-the-top, wood-and-green-laden “jungle room.” Originally conceived as a den, it raises some big questions. Is it a gag or a “decorating gaffe of major proportions”? Elvis himself picked out the furnishings—but nobody can remember if he did it as a joke or as a legitimate gesture. One thing’s for sure, writes Marling: Elvis likely didn’t intend the room to be saved as it is forever.

Marling paints Elvis as a keen provocateur, someone who knew how to push the boundaries of aesthetics and American taste with his clothing and his furnishings. And as someone with the world at his feet and an unlimited amount of money with which to enact his fantasy du jour, he let his imagination—and impulses—run wild. Marling compares Graceland to a TV screen or a Hollywood set with a “nervous, episodic quality.” 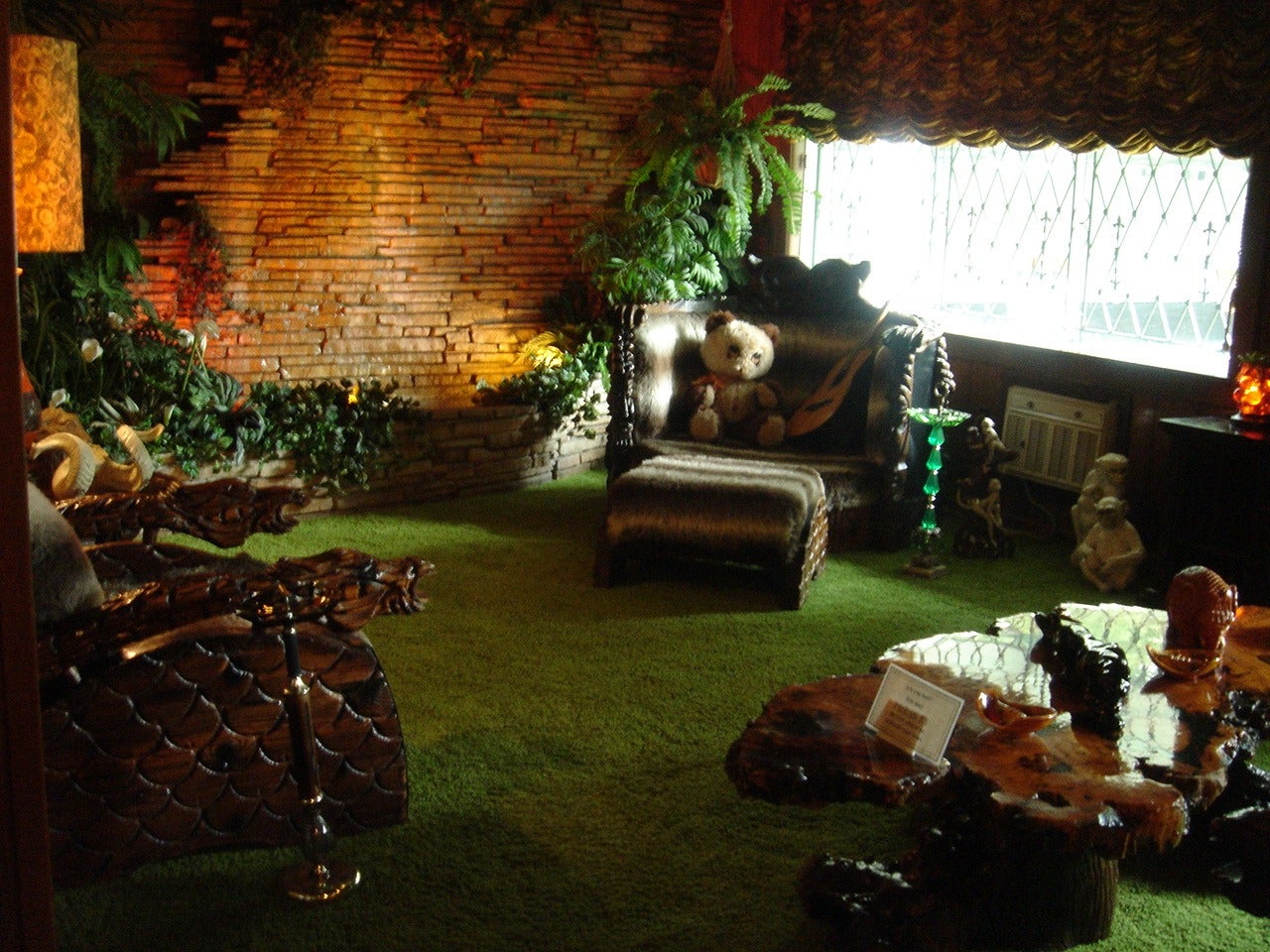 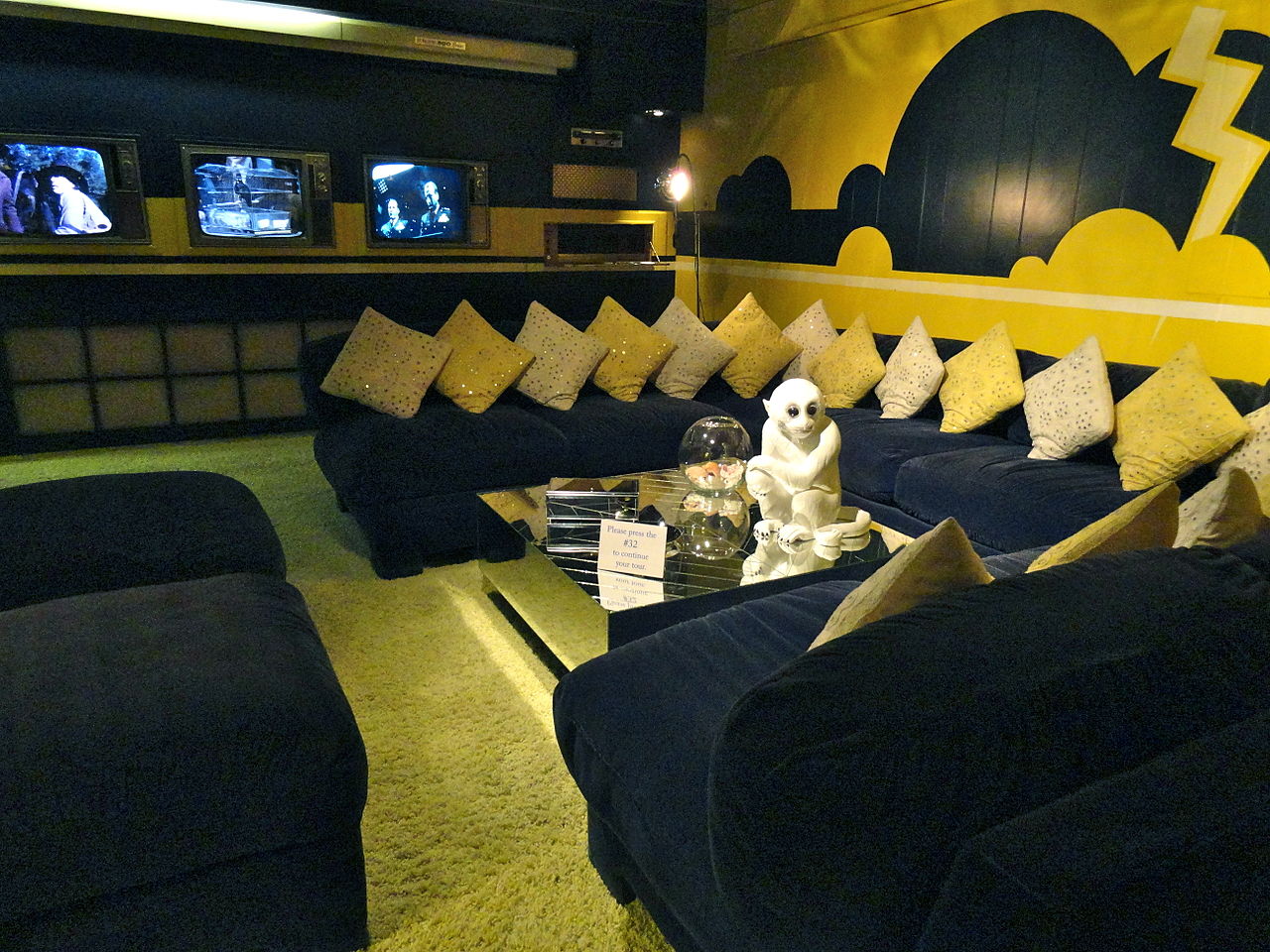 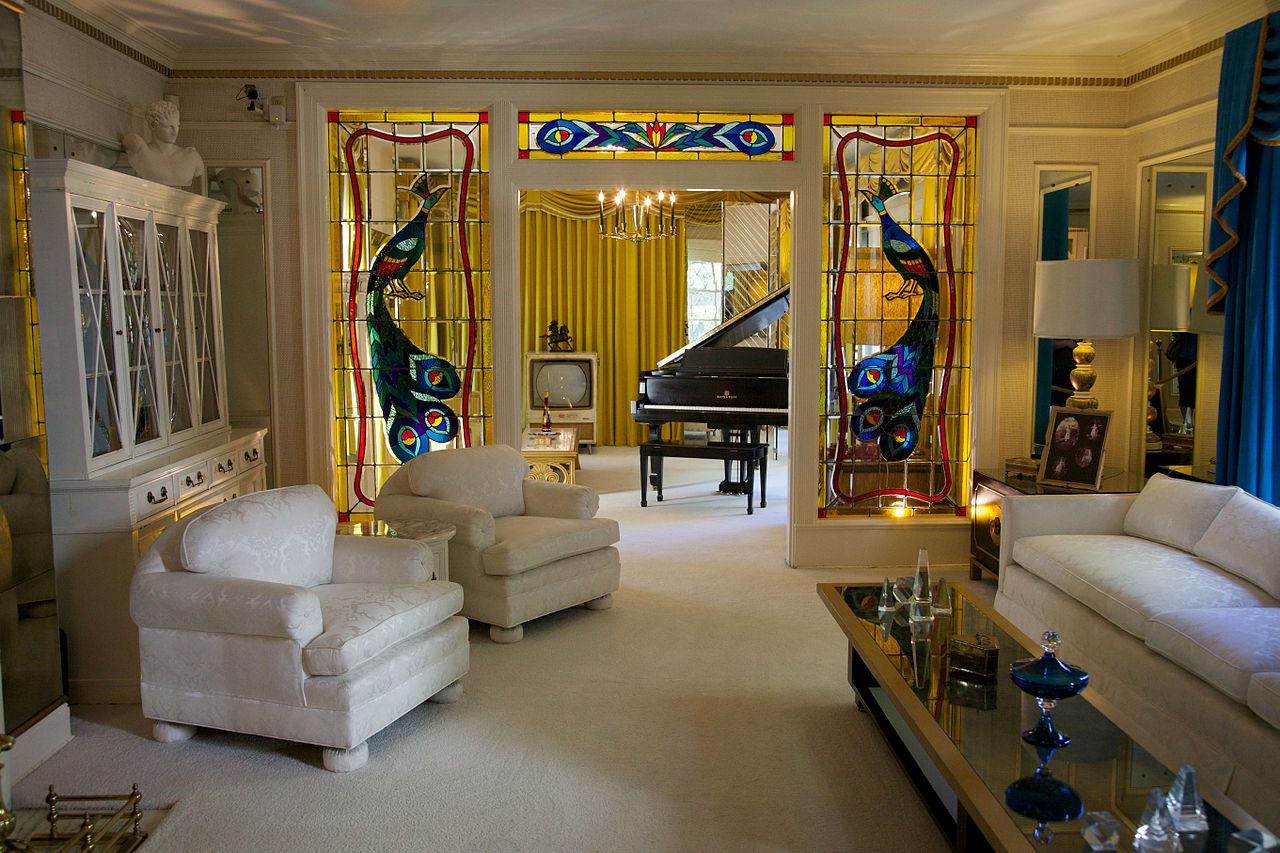 And he wasn’t alone. Marling sees Elvis’ aesthetics as a product of his rags-to-riches story, one shared by many Hollywood stars like Red Skelton who adopted a childlike kitsch in their newly wealthy homes. As Elvis moved into his new home, white America was moving out of cities and into the suburbs.

Elvis adopted the monumental quality of a movie star’s house while maintaining the suburban mindset of someone who had upgraded from shack to boarding house to real home.  Southern movie elements cribbed from Gone With the Wind informed the home’s design and reinforced Elvis’ rise to fame and fortune.

Marling sees the King’s love of color as another example of his participation in a broader cultural trend. Wild colors were part of the zeitgeist as America loosened up after a black-and-white Depression and war—but Elvis took things one step further, creating a “riot of color” in every aspect of his life.

Graceland was just another work of art for Elvis—one that morphed with different palettes over time. But the star’s biggest color coup was “the reddening of Graceland,” a red-tinged redecoration that gradually turned the home into “a bloody heart.” A man who had always expressed himself through his clothing, Elvis began to look more and more like his own home. “The red Graceland of 1974-77 was a howl of crimson pain, a bitter parody of the too-muchness of a life devoid of inner resonance,” Marling claims. But unlike the King, the over-the-top quality of his home will never die.

Elvis Presley's Graceland, or the Aesthetic of Rock 'n' Roll Heaven
By: Karal Ann Marling
American Art , Vol. 7, No. 4 (Autumn, 1993), pp. 72-105
The University of Chicago Press on behalf of the The Smithsonian Institution 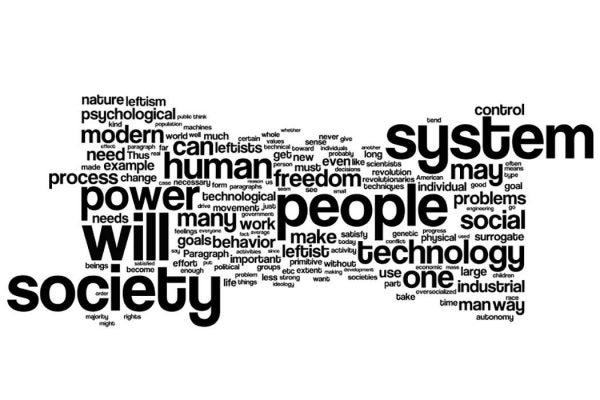 Some of the world's most baffling criminal cases were solved thanks to some seemingly harmless point about language. Take the Unabomber, for example.