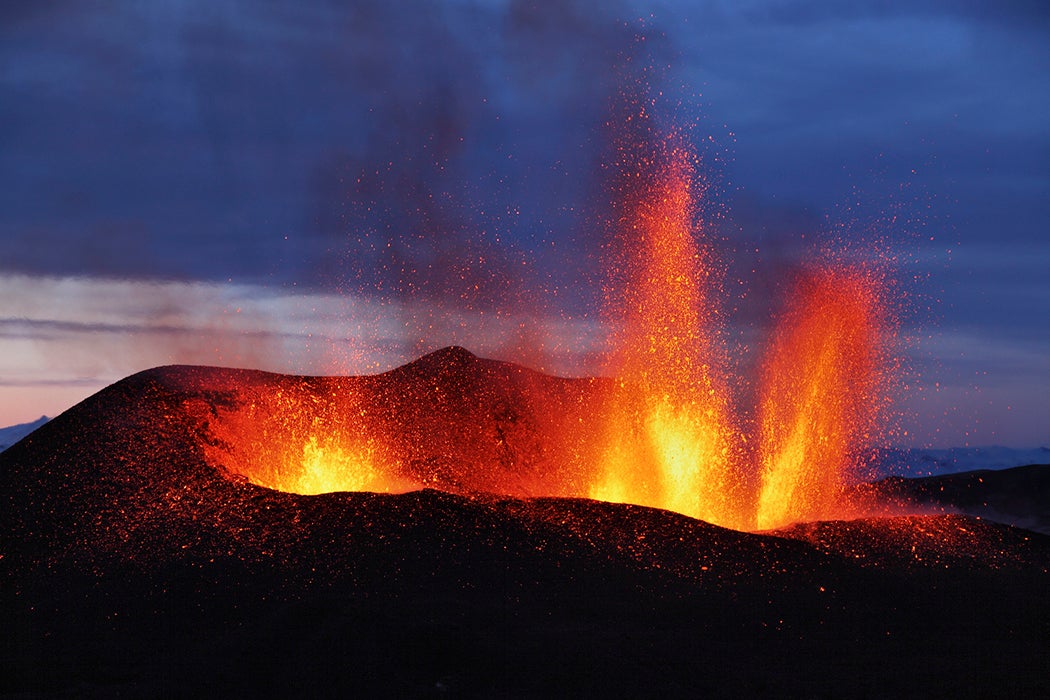 Shortly after the Vikings and Celts settled Iceland around 874, one of the island’s massive volcanoes, Eldgjá, had a historic eruption. It was a rare type of outburst, a prolonged, continuous magma expulsion, during which huge lava flows engulfed the landscape and clouds of noxious sulfurous gases filled the atmosphere. Eldgjá spewed up about 20 cubic kilometers of molted rock, enough to cover all of England ankle deep. The toxic sulfurous dust blew across Europe, painting the sun blood-red, an eerie sighting recorded in Irish, German and Italian chronicles of that time period.

“Some of the first waves of migrants to Iceland, brought over as children, may well have witnessed the eruption,” says Clive Oppenheimer at Cambridge’s Department of Geography, first author of the recent study of Eldgjá’s outbreak. He worked together with a team of scientists and medieval historians from several other academic institutions who used ice cores and tree rings to determine the exact date of the eruption and trace its historic consequences.

Iceland is famous for its volcanoes. It is the only place above sea level where earth crust fissures formed by spreading mid-ocean ridges are likely to burst at a massive scale. That’s why Icelandic volcanoes often wreak havoc far beyond the island itself, affecting sunlight, air quality, and weather for miles away. In 2010, an Icelandic eruption grounded planes in many European cities, resulting in the largest air traffic shutdown since World War II.

But Eldgjá’s breakout was the greatest volcanic calamity in Iceland in the Middle Ages. While the eruption happened around the tenth century, the exact timing remained uncertain until the Cambridge-led study determined that it began around the spring of 939 and lasted at least through the fall of 940. When researchers linked these findings with Iceland’s famous medieval poem Voluspá, or The Wise Woman’s Prophesy, they concluded that these dramatic geological events may have influenced Iceland’s conversion to Christianity.

The effects of the record-breaking explosion resonated around the world. As the dust layer cut the amount of sunlight reaching the earth, it caused a massive climate change. In the few years that followed the weather cooled drastically. Based on the evidence from tree rings, the team concluded that the summer of 940 was one of the coldest in 1500 years. The frigid summer that span from Europe to Asia and from Scandinavia to Alaska, averaged at two degrees Centigrade, resulting in massive starvation and deaths. “Human suffering in the wake of Eldgjá was widespread. From northern Europe to northern China, people experienced long, hard winters and severe spring-summer drought,” says co-author Tim Newfield at Georgetown University’s Departments of History and Biology. “In the early 940s we read of starvation and vast mortality in parts of Germany, Iraq, and China.”

But the spectacular explosions and the weather flukes it caused had the most profound effect on the Icelandic colony. Oppenheimer thinks that Voluspá and its apocalyptic imagery mark the fiery end of Icelandic pagan gods and the dawn of a new, singular deity—essentially the arrival of Christianity shortly after the environmental catastrophe, around the turn of the eleventh century.

Voluspá speaks of the fiery outbursts that lit up the sky and of the sun obscured by clouds of ash and steam: “The sun starts to turn black, land sinks into sea; the bright stars scatter from the sky. Steam spurts up with what nourishes life, flame flies high against heaven itself.” Oppenheimer finds the verses telling. “The poem’s interpretation as a prophecy of the end of the pagan gods and their replacement by the one, singular god, suggests that memories of this terrible volcanic eruption were purposefully provoked to stimulate the Christianization of Iceland,” he says. 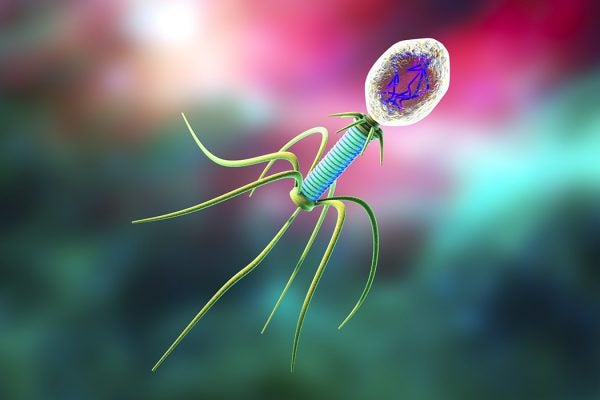