Upside-Down Jellyfish and the Mucus of Death

You could get stung by a jellyfish even when there don’t seem to be any around. Meet Cassiopea xamachana and its “stinging water” weirdness. 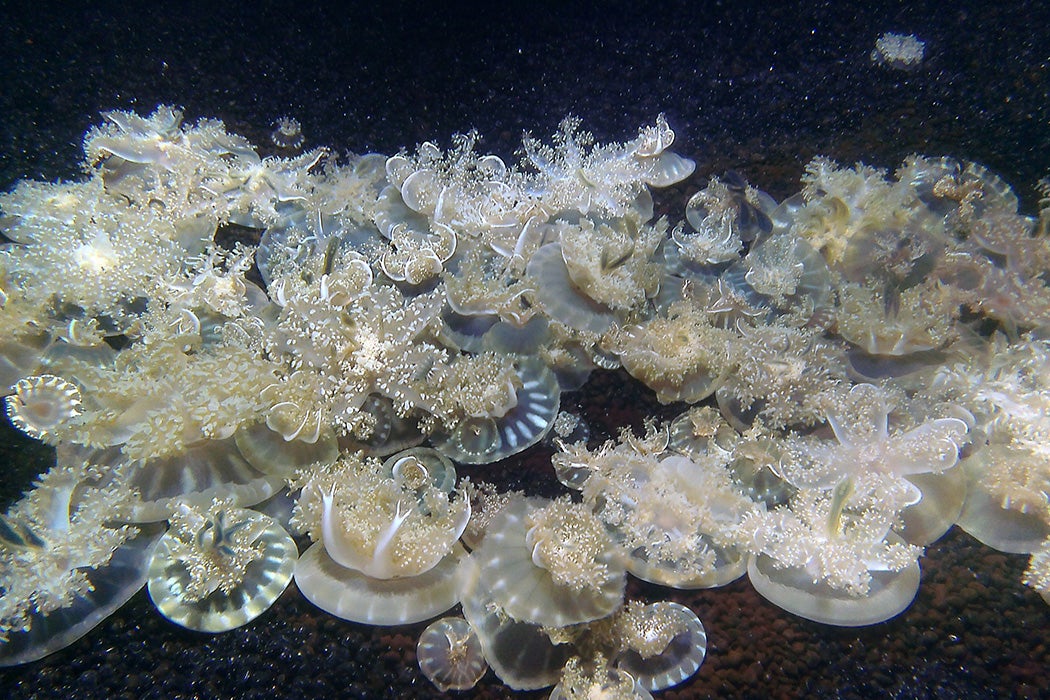 Jellyfish are a bane to ocean swimmers—the sight of a single small gelatinous mass can make them think the water is filled with stinging crowds of non-sentient Jell-O, and that a floating plastic bag is a Portuguese Man-O-War. While the real danger in that scenario is the plastic bag (you should remove it from the water for the sake of the local animal life), there are times when swimmers have encountered what they have called “stinging water”—where there’s no evidence of contact with a jellyfish, yet skin irritation and itching occurs.

Cassiosomes can act as both hunting and defense mechanisms.

A group of scientists recently investigated one of the jellyfish implicated in “stinging water,” the upside-down jellyfish (Cassiopea xamachana). They’re found in the Atlantic Ocean, the Caribbean Sea, and the Gulf of Mexico, and have a few unusual characteristics for jellyfish. Rather than floating freely through the water, they instead sit at the bottom of shallow waters, mouth (and stomach) facing toward the sun (in their adult form). This directionality allows both the jellyfish and its symbiotic zooxanthellae to produce carbohydrates via photosynthesis. The jellyfish also eat small prey that are killed by specialized venomous cells on their tentacles, which paralyze the prey. (In this species, the arms are called “oral surfaces,” since they have many small mouths.) This is where the “stinging water” weirdness comes in.

The upside-down jellyfish can release globules of mucus that contain the stinging cells and their “payloads” (called nematocysts and cnidae, respectively) into the water around them. These globules, named cassiosomes by the researchers, have cilia around their boundaries, which allows them to move around the water column and sting nearby prey. While working, lab members experienced “stinging water” when they disturbed the water around the jellyfish (which could indicate a threat), or when prey were dropped in, indicating that cassiosomes can act as both hunting and defense mechanisms.

So, while “danger snot” sounds funny (see also “danger noodle“), mucus can play important roles for aquatic animals: as a mechanism to protect themselves against chemicals in the water, or microbes, or environmental stress such as temperature changes. For some, like hagfish, it’s their only defense against predators: They exude copious amounts of a proteinaceous slime to get others to let go of them (rather than suffocate). For us (non-aquatic) humans, mucus is essential to protecting internal organs and filtering out dust and bacteria by trapping them so they’re swallowed and digested—it’s more like “safety snot.” 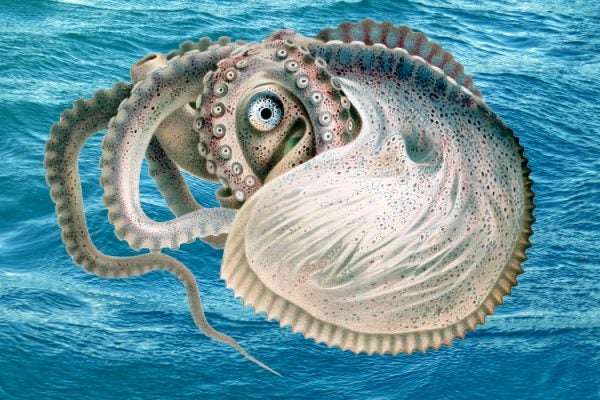