An unlikely source of data about the decline of trout in modern Spain: a book from the 1850s. 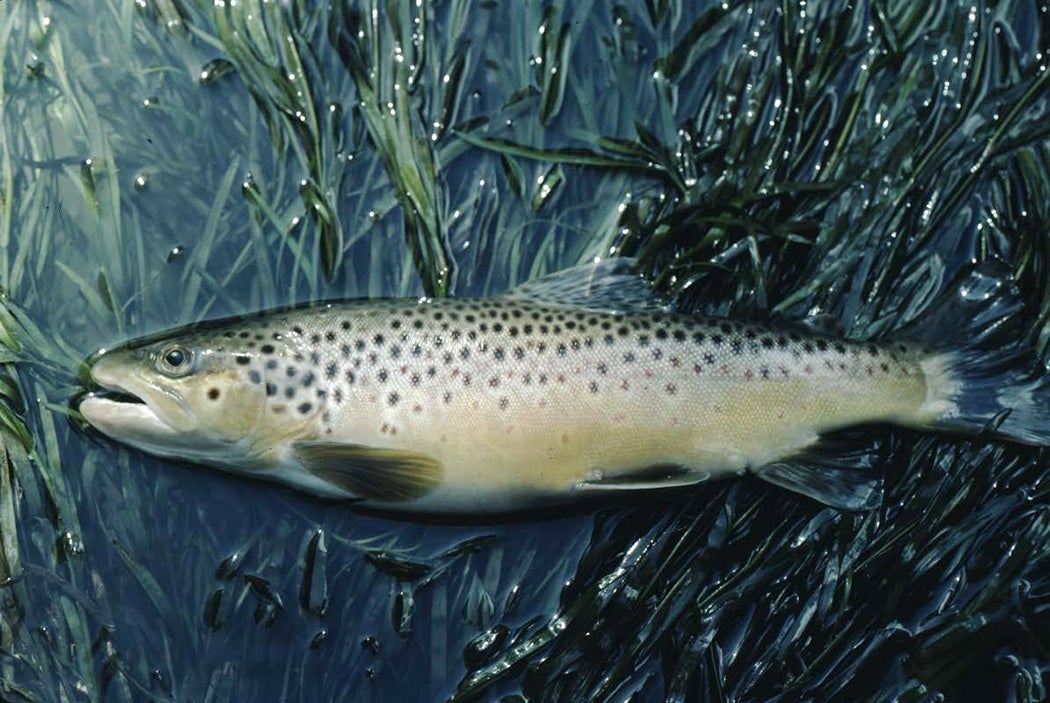 The climate is warming and affecting plant and animal species across the globe. Species are declining or disappearing altogether. But the question often remains: by exactly how much have species declined?

Measuring these declines can be difficult, given that species populations can fluctuate over time. Using a mid-nineteenth-century geographical dictionary from Spain, scientists have been able to compare trout presence in Spain today to that of the past. Ultimately, they found that trout are declining due to warmer air and water temperatures.

Historical datasets like the geographical dictionary, likened to modern citizen science data, can help scientists construct the history of ecosystems. For example, a lot of what scientists know about climate and species relationships today comes from the naturalist Alexander von Humboldt’s South American expedition and records.

Salmo trutta, or the brown trout, is a cold water–dwelling species that relies on a specific temperature range to thrive. Spain is the southern range of this species, and warming conditions suggest that populations there will become vulnerable over time.

To address this question, Clavero and the research team used a dataset from the 1850s that described brown trout distribution. The scientists incorporated this historical data with modern-day records to construct a model of trout abundance and climate.

Ultimately, the model showed that the current distribution of trout was significantly based on air temperature. Trout habitat has declined by 25 percent since 1850 and is predicted to decrease by up to 40 percent by 2050.

Trout distribution was similar from 1850 through the early 2000s, but since then, distribution started to shift.

“Researchers argue that searching and incorporating historical databases should be a priority in biodiversity research.”

While these models showed that trout are declining due to anthropogenic climate change, the researchers suggested some management techniques to support the populations. These include the preservation of native trout, the enhancement of riparian vegetation, and planning to connect current and future suitable habitat.

Most importantly, this research shows that searching for and using historical data is well worth the while. It can help scientists determine the exact effect that climate change is having on individual species and habitats. It also allows scientists to look over the long term, such as the 150-year time frame in this study.

The researchers argue that searching and incorporating historical databases should be a priority in biodiversity research. In addition, more citizen science initiatives should be undertaken today to build a modern dataset.

“Citizen science has a critical role…to improve knowledge on biodiversity and to adapt conservation strategies,” conclude Clavero et al. “With the same aims, we should incorporate the biodiversity information provided by many people from many places in the past. We live in their future.”