Who Was Alexander von Humboldt?

Remembering the work of the great naturalist Alexander von Humboldt, on the 250th anniversary of his birth. 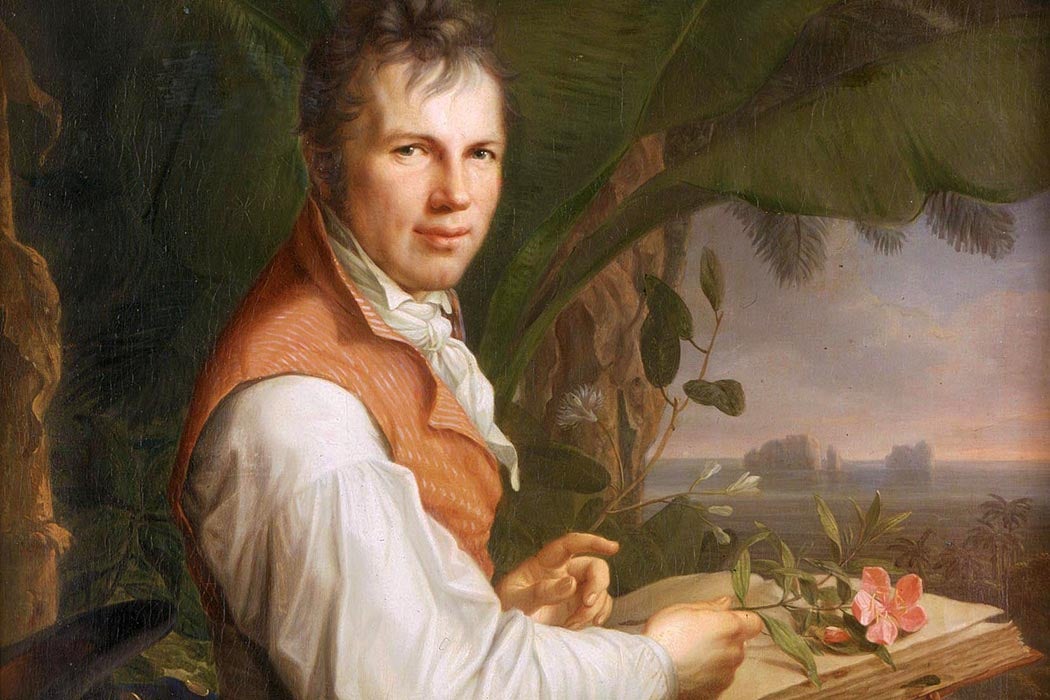 Alexander von Humboldt is having a very busy 250th anniversary year. Multiple biographies, symposia, and a thick new collection of his translated writings all mark the great German geographer’s birth. Humboldt, now a fundamental figure of environmentalism and climate science, had an enormous influence in the United States. He was, as the English professor Laura Dassow Walls writes in Northeastern Naturalist, “a sympathetic and watchful godfather to a new republic bright with promise.”

Humboldt’s fame rests on his 1799-1804 explorations in the Americas. The nations that emerged from Spanish rule revered him for literally putting them on the map. Although he wasn’t in the United States for very long, he inspired similar feelings here as well. Humboldt visited the U.S. in 1804. He wanted to return, but never made it back. Instead, for the last half-century of his life, he was in frequent contact with American naturalists and philosophers. When in Paris or, later, Berlin, Americans abroad made a point of making a pilgrimage to visit the sage.

In England, Charles Darwin grew up wanting to go on adventures like Humboldt, his hero.

In the 1840s, when Humboldt’s multi-volume Cosmos started appearing in translation and being discussed in the popular periodicals, a much wider reading public got to know him. In attempting to unite the arts and sciences in Cosmos, Humboldt earned the epithet “Napoleon of science.” (He and Napoleon shared the same birth year.) Washington Irving, Edgar Allan Poe, Walt Whitman, Ralph Waldo Emerson, and Henry David Thoreau were all influenced by him. In England, Charles Darwin grew up wanting to go on adventures like Humboldt, his hero. Walls writes: “Alexander von Humboldt was to nineteenth-century America rather like Albert Einstein was to the twentieth century: the iconic scientist, whose intellect was so far beyond the ordinary as to seem mystical, super-human, fabulous, yet curiously benign.”

What accounts for this Humboldt-mania? Walls points to several factors: his being the “second Columbus,” discovering the New World for science; his personal connection to the Revolutionary generation; a contemporary “German craze;” his strong anti-slavery stand (which did not endear him to the South); and, above all, his notion of the cosmos. “Humboldt’s vision of a universal harmony, of nature as a free and interconnected whole,” melded very well with the mainstream American sense of “natural theology (whereby God governed by natural law) and of democratic nationalism.”

But as high as Humboldt rose in the American intellectual firmament, he fell even faster. The Civil War was a sharp break with the enthusiasms and hopes of the first half of the century. Additionally, Darwin’s Origin of Species, published the year of Humboldt’s death (1859), marks what Walls calls “a conservative turn in scientific and social thought.” The popular misconception of Darwinism as proof that “alien and deterministic nature was locked in a bitter contest for survival” made no room for Humboldt’s “optimistic vision of natural diversity creating order and harmony.” Suddenly the old wise man “seemed both old-fashioned and naïve.” The last hurrah was the centennial of his birth, in 1869, celebrated around the world, after which his reputation in the U.S. faded quickly.

“He was also, in a sense, a victim of his own success: his presence everywhere meant he was nowhere in particular, leaving behind no school or field to bear his name,” Walls explains. She notes that when she started researching Humboldt in the 1980s, few of her colleagues could place his name. He was sometimes confused with his brother Wilhelm, a famed reformer in Germany. This year’s semiquincentennial of his birth has, however, revived him with a passion.

“Recovering Humboldt’s vision gives us precedent for many of our own hopes and ideas,” writes Walls, “that in appropriating nature for our ends, humanity will lead not to destruction but to a new and higher creative union.” 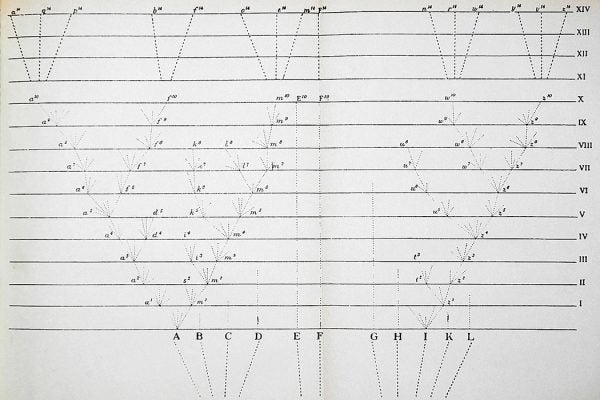 An Early Review of On the Origin of Species

"Darwin openly and almost scornfully repudiates the whole doctrine of Final Causes. He finds no indication of design or purpose anywhere..."