The Men’s Dress Reform Party (MDRP) called for liberation from dark, tightly-knit textiles…and had some ties to the eugenics movement. 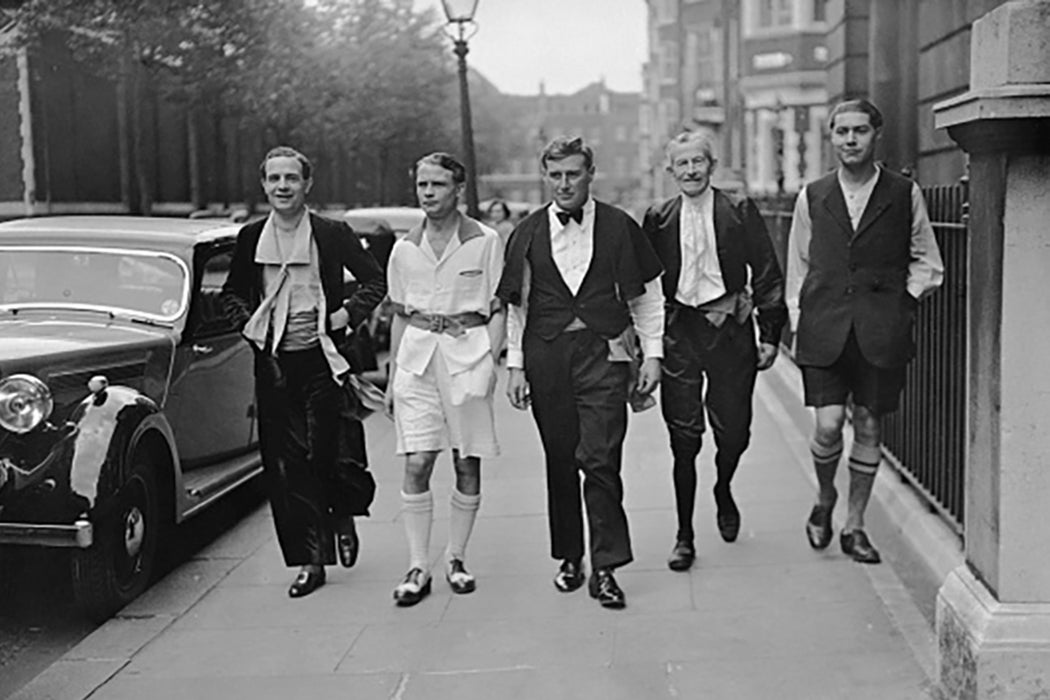 Policing women’s fashion has always been a modern pastime, from making fun of Marie Antoinette’s hair to pushing strict dress codes at school. But men aren’t always exempt from attempts to restrict clothing, writes Barbara Burman. Britain once had an entire political party devoted to reforming the way men dressed—a party that had ties to the eugenics movement.

It was called the Men’s Dress Reform Party (MDRP), and it came out of a broader call for health in 1929. At the time, the heavy suit reigned supreme. Members of the MDRP wanted liberation from dark, tightly-knit textiles, and they sought it in clothing that looked downright Elizabethan.

“Men’s dress is ugly, uncomfortable, dirty (because unwashable), unhealthy,” wrote one supporter. The solution was to ditch pants, hats, closed-toe shoes, and ties. Instead, the MDRP endorsed loose clothes, shorts or breeches, high socks, and sandals. These relatively laid-back outfits, complete with open shirts and fabrics like silk and linen, were supposed to improve the health and streamline design.

But it didn’t quite work. As new fabrics entered the market and tailored clothing became even more mass-produced, writes Burman, the MDRP failed to notice that men, too, followed fashion. The amateurish garments produced by party members couldn’t hold a candle to men’s clothing. Party members were “repeatedly photographed in garments of their own design which appeared fussy or amateur in cut,” writes Burman. The new outfits didn’t project the masculine authority that was embodied in other clothes, she adds, or underscore consumption like more tailored garments.

MDRP members doubled down, creating new arguments for their clothes. It wasn’t fair that women got to wear loose garments, they claimed. Why should men have fewer options? But there was an even more unpalatable argument for dress reform: eugenics. If superiority was based on race, then the chosen race must be as strong and healthy as possible. Clothing could make men healthier and more attractive, increasing the chance that the “purer” races reproduced and prospered.

Viewed through modern eyes, the garments beloved by men’s dress reformers bear an unfortunate resemblance to the knee-socked, shorts-centered uniforms of the Hitler Youth. For Burman, it’s time to consider how philosophies of race like dress reform may have influenced design. Ultimately, she writes, the movement was doomed to fail because it never really found its voice. Instead, it adopted clothing that either looked juvenile or womanly—and its “ambiguous vision of pedantic concern for hygiene and moments of flamboyance” never really caught on. The party folded in 1940.

The movement’s legacy can still be seen today, though. Next time you see a guy rocking socks, Birkenstocks, and a drug rug, or extolling the virtues of sustainable fabrics, it’s worth thinking of the fashion fad that never really came to be. 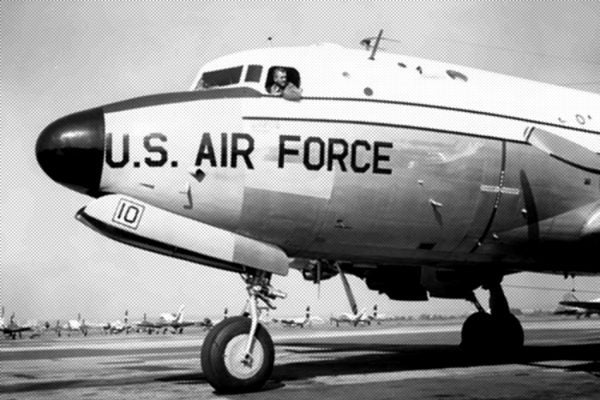 National Security and the Rise of American Air Power

Intending to rein in spending, the 1947 National Security Act reorganized the military establishment.