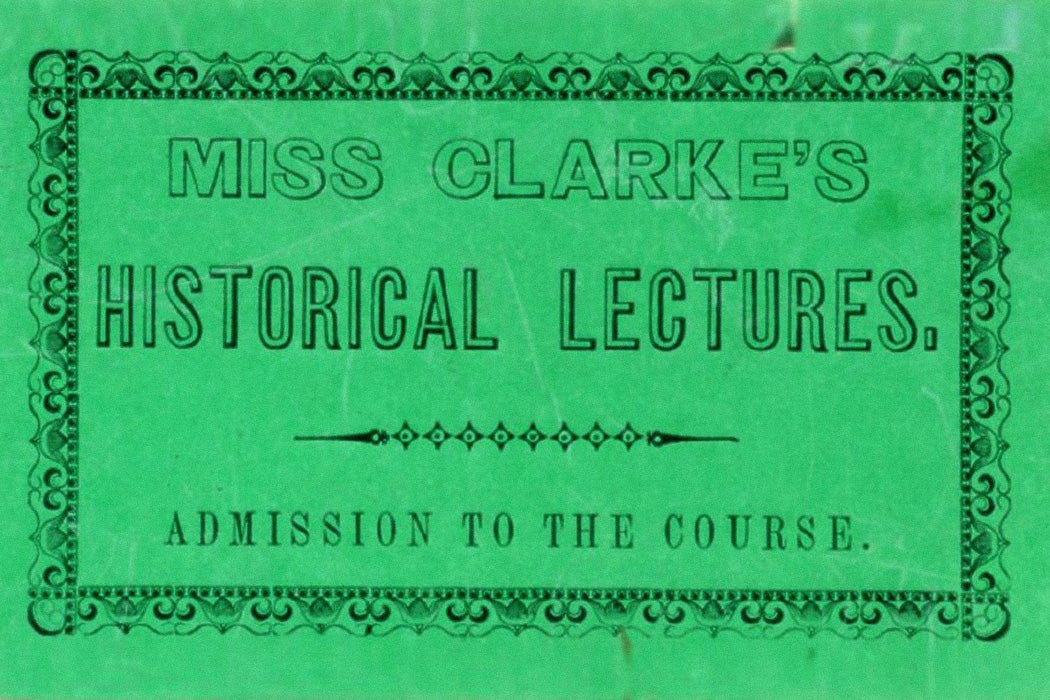 In the early nineteenth century, women were rarely encouraged to speak in public. So what explains the success of Anne Laura Clarke—and the itinerant author’s absence from most history books? Granville Ganter explores the life of the obscure public speaker, an author, artist, and educator who made her career as a professional lecturer decades before her better-known counterparts.

“Oddly enough, it is Clarke’s very obscurity, her unsung achievement, that underscores her significance: she managed her career so skillfully that she normalized it, thus insulating herself from charges that she was violating gendered norms of public behavior,” Ganter writes. Because Clarke billed herself as a teacher, not a boundary breaker, she was able to present her oratory in a protective cloak of respectability. And her career, Ganter posits, defies the dominant narrative of public speaking as entirely inaccessible to women for most of the first half of the nineteenth century.

Armed with homemade infographics illustrating the sweep of history, she profited from her engaging and educational lectures.

Born in 1788 in Massachusetts, Clarke became a teacher due to the financial ruin of her family. Though she had plans to be a visual artist, she left the North in 1817 to teach in Georgia and Virginia while supporting her younger siblings. When she returned north in 1822, she decided to try her hand at lecturing.

Philadelphia, where she had settled, was already in the throes of what would prove to be a decades-long bout of lecture mania. Clarke found an eager audience for her lectures on grammar and history. Armed with homemade infographics illustrating the sweep of history, she profited from her engaging and educational lectures.

Clarke was quick to recognize the power of visual aids, and in 1825, she upgraded her presentations with the help of a magic lantern. An early slide projector, the device showed audiences images of English royalty and ancient costumes. And her bold choice of profession was seen as more acceptable because of her erudition.

Ganter tracks Clarke’s on-the-road career, documenting tours throughout New England. She took shrewd advantage of audiences’ unfamiliarity with female lecturers—and somehow sidestepped the boos and harassment other women faced on stage. As “Miss Clarke,” she benefited from a public perception of educated women, and women educators, as virtuous and ladylike.

But unlike many of her counterparts, Clarke did not publish her lectures. This contributed to her oversight by the women’s rights activists and historians who simply skipped over her legacy. “[S]he made deliberate decisions that opened some opportunities and foreclosed others,” Ganter writes—among them a lingering public sense of her as an important orator. “Anticipating that her behavior would be viewed as an acceptable form of women’s work, she exchanged historical recognition for the regularity of employment”—employment that, no matter how forgotten, helped pioneer a public role for American women.

Mistress of Her Art: Anne Laura Clarke, Traveling Lecturer of the 1820s
By: GRANVILLE GANTER
The New England Quarterly, Vol. 87, No. 4 (December 2014), pp. 709-746
The New England Quarterly, Inc.
The Popular Lecture and the Creation of a Public in Mid-Nineteenth-Century America
By: Donald M. Scott
The Journal of American History, Vol. 66, No. 4 (Mar., 1980), pp. 791-809
Oxford University Press on behalf of Organization of American Historians 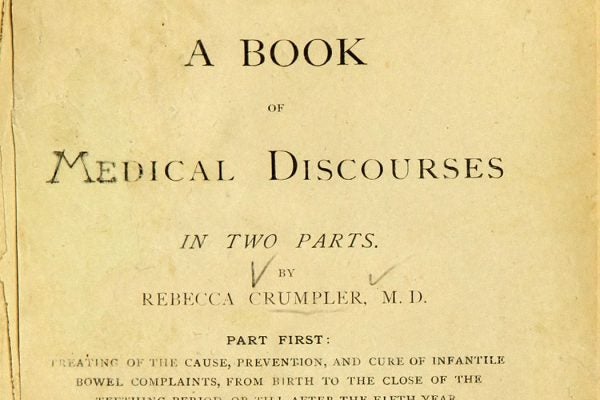 The “Doctress” Was In: Rebecca Lee Crumpler

The first Black woman physician served communities in the South after the Civil War but was buried in an anonymous grave. That will likely change.