Eighteenth and early nineteenth century audiences were delighted and horrified by these spectral apparitions conjured in dark rooms. 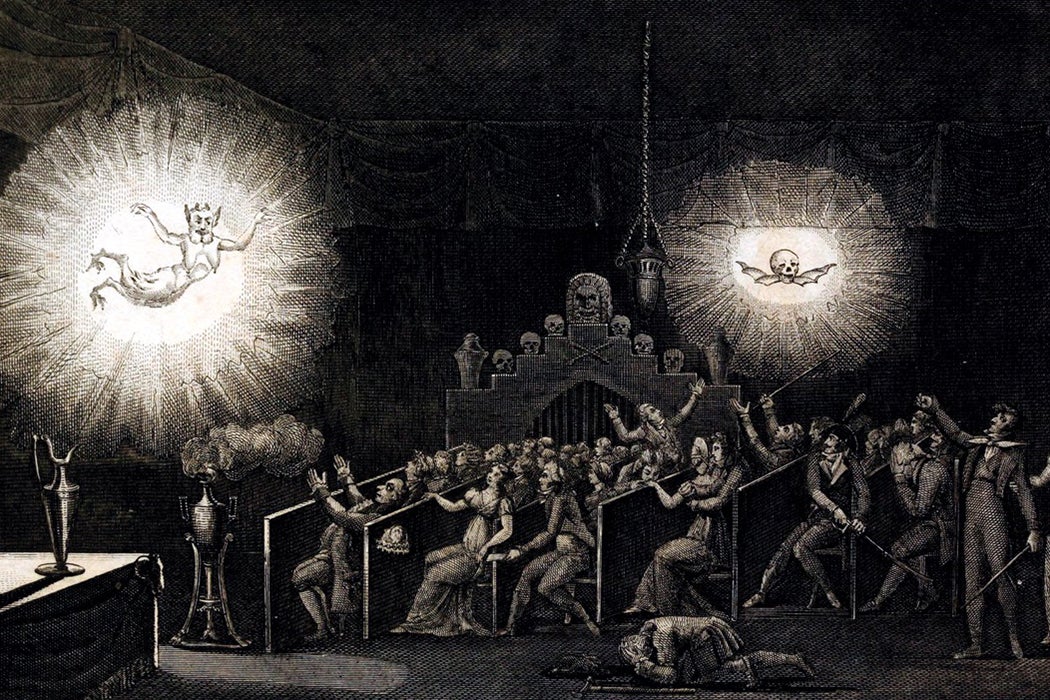 The Museum of Fine Arts, Boston is exhibiting magic lanterns and related ephemera in its current show Phantasmagoria. The exhibition is based on the collection of Richard Balzer, who passed away last year. It includes full magic lantern narratives, like a woman who opens a box to release a series of demons, and single slides that transform when illuminated, like Mount Vesuvius erupting with lava, or a woman peering through a microscope that reveals a host of squiggly lifeforms. These phantasmagoria performances were precursors to modern horror, and in a pre-cinema age, they utilized magic lanterns projected against screens and smoke.

Audiences in Europe and the United States in the late eighteenth and early nineteenth centuries were delighted and horrified by these spectral apparitions conjured in dark rooms. Credulous audiences feared what they assumed were displays of occult power; Étienne-Gaspard Robertson had to halt his show in Paris when authorities thought he was able to resurrect the recently guillotined Louis XVI.

Historian X. Theodore Barber relates the experience of a Robertson show in Film History. Visitors entered an abandoned chapel, which was dimly lit by a lamp, with ghoulish imagery on the walls. People spoke in hushed tones, and after a short introduction from Robertson, the space was plunged into complete darkness: “The audience then heard the noise of rain, thunder, and a funereal bell calling forth phantoms from their tombs, and Franklin’s Harmonica, a form of musical, water-filled glasses, provided a haunting sound which served both here and throughout the show to mask the noise of the goings-on behind the scenes.”

A tube with a convex lens at each end was fitted into an opening in the side of the lantern, while a groove in the middle of the tube held a small image painted on glass. When candlelight was reflected by the concave mirror onto the first lens, the lens concentrated the light on the image on the glass slide. The second lens in turn magnified the illuminated image and projected it onto a wall or gauze screen.

Robertson did not invent the magic lantern, although he’s considered the pioneer of phantasmagoria as a spectacle; his grave in Paris’s Père-Lachaise Cemetery even features a relief of skeletal and demonic phantoms approaching a cowering crowd. In The British Journal for the History of Science, historian Koen Vermeir dated its invention to the 1660s, likely by Christiaan Huygens (other researchers have attributed it to Athanasius Kircher). Almost from the beginning, devils and monsters were frequent visuals, and the seventeenth-century European courts, with their enthusiasm for curiosities and inventions, were ready audiences for these optical illusions.

The Gothic sensibilities of the eighteenth century, combined with post-Revolution unease and lingering violence in both the United States and France, helped make phantasmagoria a popular entertainment. It was not just a magic lantern show; it was an immersive event of mystery and terror (with the safety of knowing it was all a trick). The arrival of cinema effectively ended phantasmagoria. Yet film’s embrace of technology for transporting audiences continues the phantasmagoria’s spirit.

Phantasmagorical Wonders: The Magic Lantern Ghost Show in Nineteenth-Century America
By: X. Theodore Barber
Film History, Vol. 3, No. 2 (1989), pp. 73-86
Indiana University Press
Phantasmagoria: Spectral Technology and the Metaphorics of Modern Reverie
By: Terry Castle
Critical Inquiry, Vol. 15, No. 1 (Autumn, 1988), pp. 26-61
The University of Chicago Press
The Magic of the Magic Lantern (1660-1700): On Analogical Demonstration and the Visualization of the Invisible
By: Koen Vermeir
The British Journal for the History of Science, Vol. 38, No. 2 (Jun., 2005), pp. 127-159
Cambridge University Press on behalf of The British Society for the History of Science
Athanasius Kircher and the Magic Lantern
By: R. A. Houstoun
Science Progress, Vol. 45, No. 179 (July, 1957), pp. 462-464
Science Reviews 2000 Ltd. 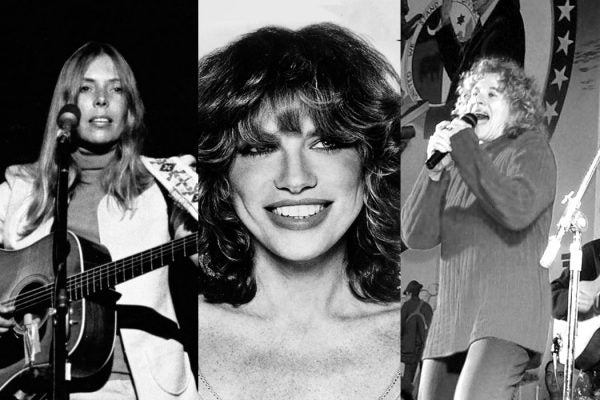 How Female Singer-Songwriters Taught Us to Love in the 70s