The Woman Famous for Not Sleeping With a King

As a lady-in-waiting to the Queen of England, Frances Stuart was known as much for her ability to fend off the advances of King Charles II as for her beauty. 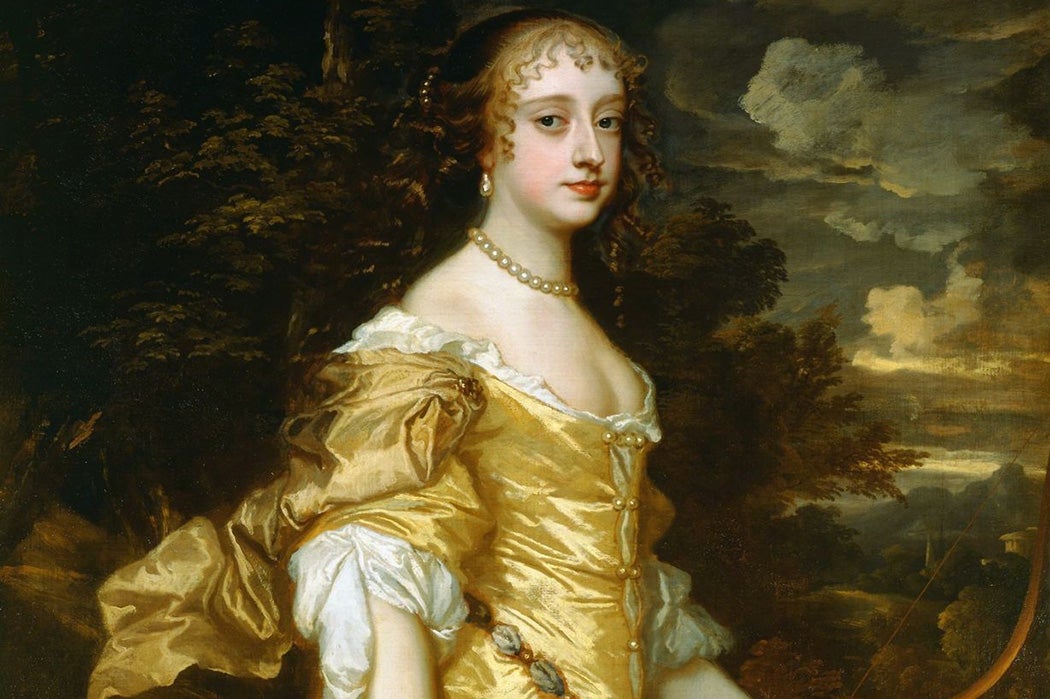 Following the restoration of Charles II (1630–1685)—otherwise known as Charles Stuart “The Merry Monarch”—to the throne in 1660, England underwent a dramatic shift in societal morals. In fact, it was a full rotation of general attitudes toward sex and fun. The stifling, Puritan regime of the Commonwealth and Oliver Cromwell was out. Promiscuity, theater-going, parties, and pleasure were in, and the reinstated king himself was leading the trend.

When Charles II’s suffering but reluctantly tolerant wife Catherine of Braganza (1638–1705) accepted the beautiful noblewoman Frances Stuart (1647–1702) as her lady-in-waiting in 1663, she probably knew what was coming. It was a state of affairs that had soured the couple’s arranged union. “She [Catherine] should have expected her ladies-in-waiting to be his mistresses,” suggested historian Charles L. Grose in an early essay on the historiography of Charles II’s reign. “But he was unnecessarily instantaneous in forcing them upon her immediately after the marriage.” The rest of the savvy English court suspected the inevitable as well. Frances would become Charles’s lover, one of the many he was entertaining at the time, the most notorious being Barbara Palmer (née Villiers), Countess of Castlemaine, his true consort when it came to lasciviousness.

Her persistent refusal of the enamored Charles’s advances baffled onlookers.

What no one expected was the chastity and the powerful resolve of young Frances to stay virtuous. She didn’t want an extramarital love affair, not even with the king. She’d come to court to obtain a respectable marriage and lead a respectable life, a code of conduct that would have made her better-suited to Cromwell’s England rather than that of her royal admirer. Her persistent refusal of the enamored Charles’s advances baffled onlookers. Acceptance could have secured her a pension, expensive gifts, titles, and influence, as it did for his other mistresses. None of this seemed to entice Frances, though. She’d been raised in the French court under the watchful guardianship of Charles’s mother, Queen Henrietta Maria, and she had principles, or at least a firm understanding of the importance of discretion.

Frances and Charles made a poor match, but that didn’t stop him from trying. He was madly in love, to the point where it provoked Castlemaine’s fiery jealousy and caused conflict between the pair. And Charles wasn’t the only one under Frances’s spell. The writer Samuel Pepys admitted in a diary entry that he, too, admired Frances’s beauty. Others were more scathing in their criticism. Philibert, Count de Gramont noted that “it was hardly possible for a woman to have less wit, or more beauty.” It seemed that her reluctance to take advantage of the king’s infatuation caused many to doubt her intelligence.

According to historian Linda Porter, during one of many periods of illness for Catherine of Braganza “word went around that the king was intent on marrying Frances if his wife died.” There are no records of Frances aiming for the throne, however. Charles had showered her with presents, “but she seems to have refused anything that was not appropriate to her role as the queen’s servant and she consistently refused to sleep with him.”

In March 1667, she’d finally had enough of Charles’s hot pursuit and made an incredible conquest of her own. She eloped with Charles Stuart—yes, another Charles—and secured the dual positions of Duchess of Richmond and Duchess of Lennox. Unsurprisingly, Charles II was furious, but he harbored enough affection for her to forgive her (though, as Porter notes, this forgiveness was “slow in coming,” happening only after Stuart fell seriously ill). The two formed a friendship that was admirably civil and ultimately survived the sting of rejection.

Frances’s legendary beauty was tragically marred by smallpox in 1669. Luckily, her visage had been captured in a painting by Sir Peter Lely in 1662. She was also the model for the allegorical figure of Britannia on a medal commissioned by Charles in 1687 to celebrate the Peace of Breda. Perhaps Charles saw, and appreciated, the iron will that lay behind the beautiful face.

Editors’ Note: This article has been updated to correct a typographical error in a date.

Share Tweet Email Print
Have a correction or comment about this article?
Please contact us.
Englandwomen's historyBulletin of the Detroit Institute of ArtsHuntington Library QuarterlyJournal for Early Modern Cultural StudiesLives in Transit in Early Modern England: Identity and BelongingThe American Historical Review

Charles II in 1660
By: Godfrey Davies
Huntington Library Quarterly, Vol. 19, No. 3 (May 1956), pp. 245–275
University of Pennsylvania Press
Catherine of Braganza (1638–1705)
By: João Vicente Melo
Lives in Transit in Early Modern England: Identity and Belonging, pp. 61–68
Amsterdam University Press
Charles the Second of England
By: Clyde L. Grose
The American Historical Review, Vol. 43, No. 3 (April 1938), pp. 533–541
Oxford University Press on behalf of the American Historical Association
In the Bedroom of the King: Affective Politics in the Restoration Secret History
By: Erin Keating
Journal for Early Modern Cultural Studies, Vol. 15, No. 2 (Spring 2015), pp. 58–82
University of Pennsylvania Press
An Exemplar in Gold of Jan Roettier’s “Peace of Breda Medal”
By: Edwin Hall
Bulletin of the Detroit Institute of Arts, Vol. 49, No. 2 (1970), pp. 36–42
The University of Chicago Press on behalf of the Detroit Institute of Arts 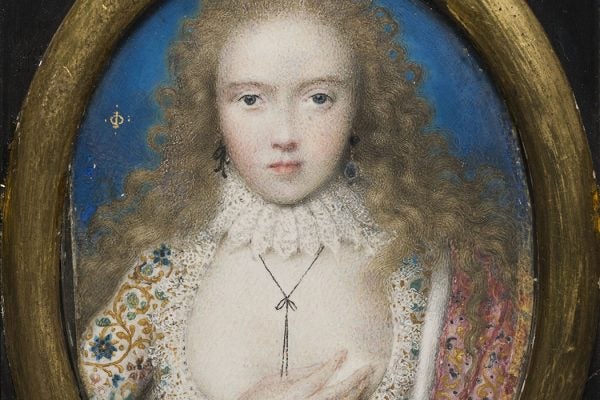