The Woman Behind James Tiptree, Jr. 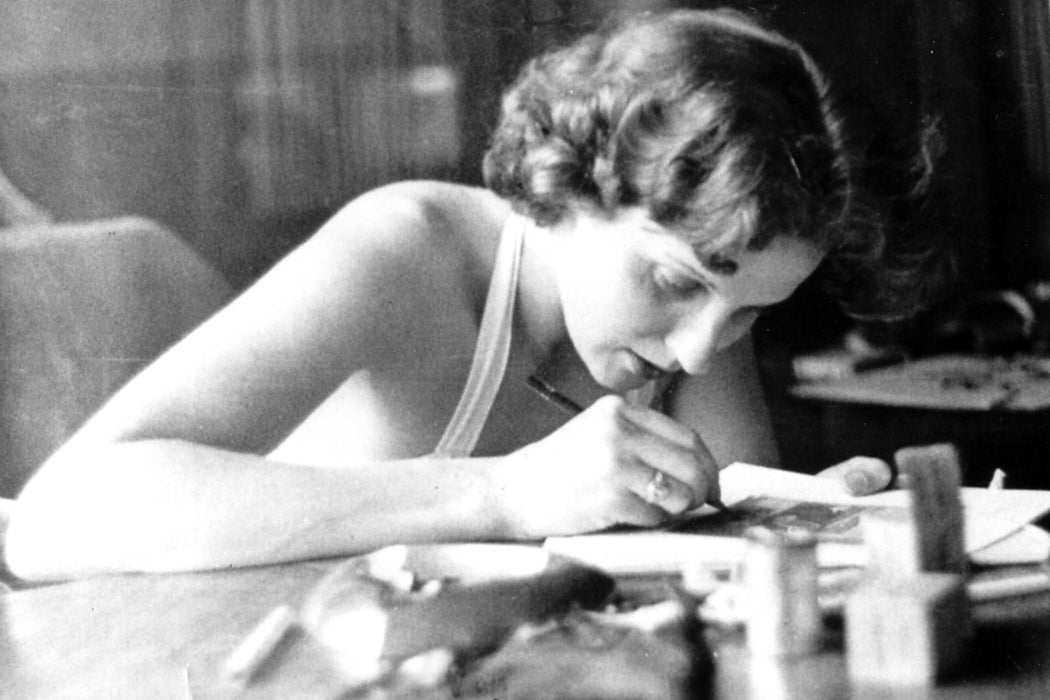 When popular science fiction writer James Tiptree, Jr., acclaimed as an epitome of masculine writing, publicly revealed in 1977 that she was actually Alice Bradley Sheldon, readers were gobsmacked. “Tiptree” was known to be a pseudonym, but readers in the know had assumed it was the pen name of a guy in the CIA who couldn’t reveal his identity.

Alice Sheldon (1915-1987) certainly had a rather unconventional career. She worked in Army intelligence during WWII, when she became an expert in reading aerial photographs. For a time, she raised chickens. She did indeed work for the CIA. In fact, Tiptree’s biography was accurate except for the gender. At the age of forty, Sheldon went to college, eventually earning a PhD in experimental psychology in 1967. Then she took to writing science fiction. Her first story was published in 1968 under the Tiptree byline. She also used a number of other pen names, including Raccoona Sheldon.

“Men have so preempted the area of human experience that when you write about universal motives, you are assumed to be writing like a man.”
Alice Sheldon (a.k.a. James Tiptree, Jr.)

Sheldon called the name “James Tiptree, Jr.”—inspired by a brand of jams—”good camouflage.” Among her reasons for the masquerade: “I’ve had too many experiences in my life of being the first woman in some damned occupation.”

Scholar Kim Kirkpatrick reads Tiptree/Sheldon’s work as “public discourse on gender and sex within American society and as a specific discussion about Sheldon functioning as a woman in a male-dominated world.” Even with “obvious feminist leanings,” Tiptree was compared to Hemingway. Kirkpatrick continues: “Readers liked Tiptree’s writing; therefore he must be a man; a James Bond-type of smooth adventurer.” Sheldon herself noted “men have so preempted the area of human experience that when you write about universal motives, you are assumed to be writing like a man.”

Tiptree’s themes sure aren’t Hemingway-esque. The Hugo/Nebula/Jupiter award winning “Houston, Houston, Do You Read?” postulates a future Earth where all the males have died off. A trio of male astronauts from the past can’t believe their luck…but they’re in for a big surprise from the surviving women.

Kirkpatrick pays particular attention to the story “The Women Men Don’t See,” in which the male narrator thinks a mother and daughter going off with aliens are literally crazy for leaving Earth. “What women do is survive,” says the older female character to the narrator, “We live by ones and twos in the chinks of your world-machine.” The narrator cannot comprehend why these two women would want out of a world where they aren’t seen as fully human. And he just doesn’t get why they don’t want to be “rescued” by him, either.

The 1970s did see an eruption of women in the genre—Suzy McKee Charnas, Ursula K. LeGuin, Vonda McIntyre, Joanna Russ, Joan D. Vinge, and others—who all had to “wrestle to get their voices heard in the publishing world.” Tiptree, on the other hand, had it pretty easy. In fact, when Raccoona Shelden had a hard time being published, James Tiptree, Jr., wrote to editors recommending her.

Three decades since Sheldon’s death, the Sheldon-as-Tiptree speculative fiction seems pretty feminist. As Kirkpatrick writes, “Men may dominate the story, but to understand the story, follow the women.” 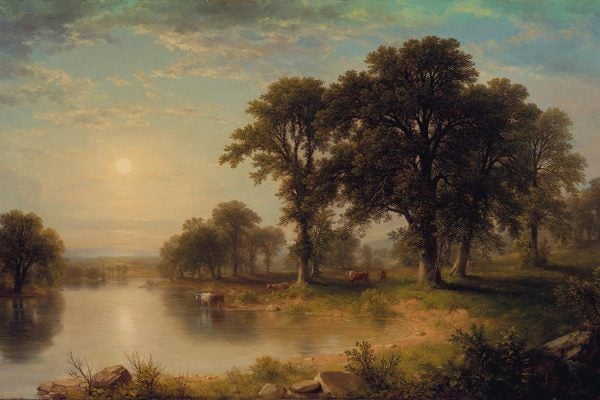 Summery poems by Mary Oliver, Matthew Zapruder, and other poets, along with seasonal paintings by Claude Monet and other artists.