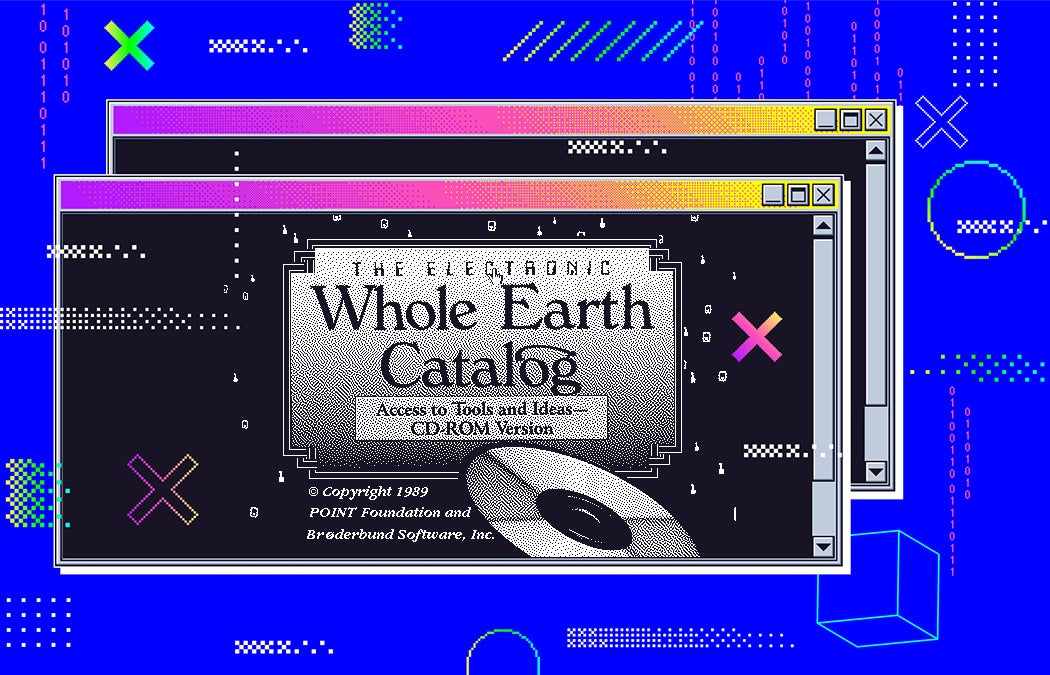 It all started with the Whole Earth Catalog. In the late 1960s and early 1970s, the Catalog was a “celebration of disembodied, spiritual unity,” according to communications professor Fred Turner. What began as a collection of reviews grew into a print-and-ink embodiment of the tribal, anti-hierarchical politics of the day. Eventually, this countercultural publication would merge with the burgeoning cyberculture to spawn one of the earliest and most influential virtual communities: the Whole Earth ‘Lectronic Link, also known as the WELL.

The Whole Earth Catalog was created in 1968 by futurist Stewart Brand, who noticed that many of his friends were moving out of the city to join communes in “wild” places like New Mexico and Northern California. Many members of this “back-to-the-land” counterculture were distrustful of dangerous bureaucratic technologies (see: the Cold War, Vietnam). Instead, they sought “to change the world by establishing new, exemplary communities from which a corrupt mainstream might draw inspiration,” writes Turner. So, Brand created a publication meant to help these individuals “conduct [their] own education, find [their] own inspiration, shape [their] own environment, and share [their] adventure with whoever is interested.”

Inside each edition, one could find reviews of small-scale technologies, photos, drawings, and essays. Contributors came from all walks of life. As the magazine grew in popularity, writers and readers included everyone from bohemians to scientists to suburbanites. The Catalog “established a relationship between information technology, economic activity, and alternative forms of community that would outlast the counterculture itself and become a key feature of the digital world,” writes Turner.

“Like the Catalog, the WELL became a forum within which geographically dispersed individuals could build a sense of nonhierarchical, collaborative community.”

But as the communes collapsed, the magazine started to lose popularity. In 1985, about 15 years after the Catalog stopped publication, former commune member Larry Brilliant approached Stewart Brand with the idea to put items from the Catalog online. Brilliant wanted to test a cutting-edge computer conferencing system, and hoped to appeal to the same audience that loyally read the Catalog. Brand agreed to manage the system, but did not want to post items from the Catalog. He wanted users to post their own conversation topics. Thus, the WELL was born.

“Like the Catalog, the WELL became a forum within which geographically dispersed individuals could build a sense of nonhierarchical, collaborative community around their interactions,” writes Turner. “It did so, however, under radically new economic and technological conditions.”

The whole WELL system was originally housed on a single computer, which “allowed users to dial in on what would now be an impossibly slow modem,” writes Turner. For two dollars an hour, members could log on and join conferences (forums) to discuss things like music, cooking, or world news. This easy accessibility allowed the WELL to become “intertwined with its users’ daily lives in a way that no paper-bound catalogue could.”

Maria Syndicus, one of the original members of the WELL (who, naturally, called themselves “WELLbeings”), explains: “Relationships [on the WELL] developed fast and furious, ideas spread like wildfire. I never laughed so hard, argued so passionately, soaked up so many new ideas.” Fans of the Whole Earth Catalog were joined by hackers, journalists, futurists, and entrepreneurs (and a surprising number of Grateful Dead fans, whose constant conversations “were to be a primary source of income for the WELL for several years,” writes Turner).

If you’re looking to ditch Twitter for a while, The WELL is still operational today (and still has about few thousands active members). For Rheingold, Turner writes, computer networks like the WELL “formed an emotional bulwark against the loneliness of a highly technologized material world…[and] allowed us ‘to recapture the sense of cooperative spirit that so many people seemed to lose when we gained all this technology.’”

Where the Counterculture Met the New Economy: The WELL and the Origins of Virtual Community
By: Fred Turner
Technology and Culture, Vol. 46, No. 3 (Jul., 2005), pp. 485-512
The Johns Hopkins University Press and the Society for the History of Technology 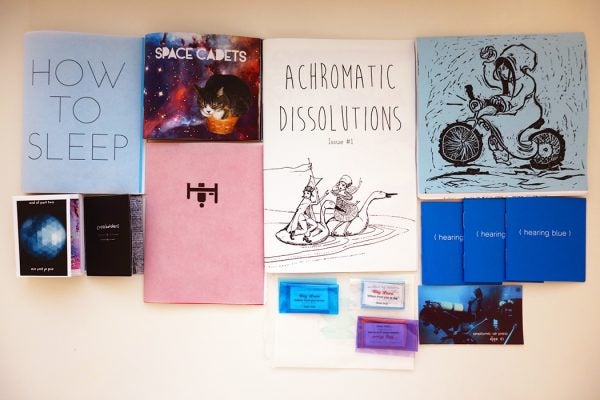 Zines haven't completely disappeared in the internet age, but the photocopier-powered DIY publishing phenomenon has certainly entered history by now.